Lamont Releases Budget with $1.4 Billion in New Taxes and Tolls 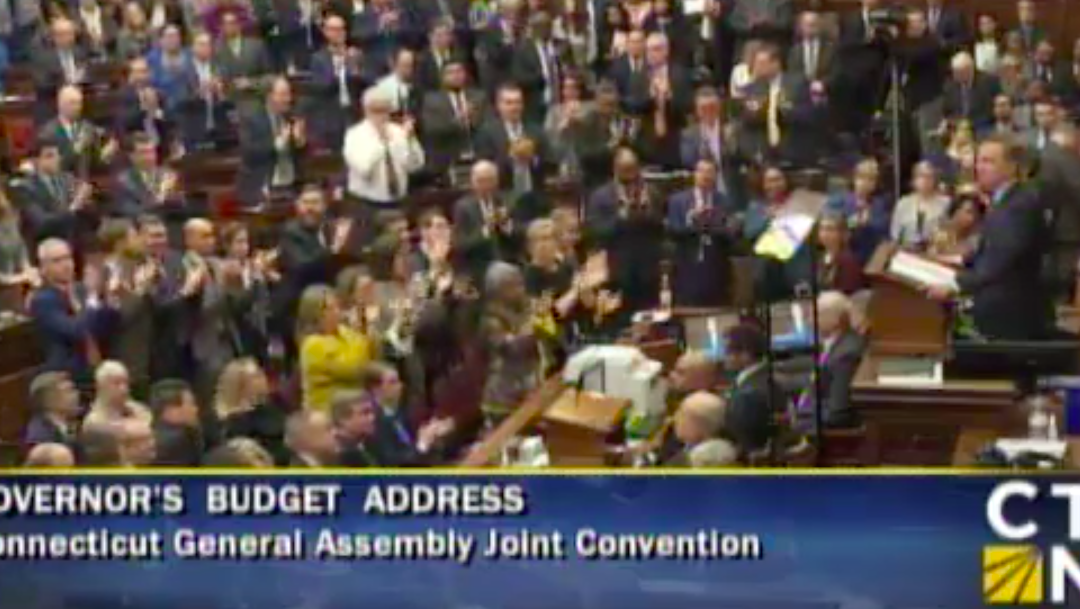 The steady drip of information and budget ideas from the governor’s office over the past two weeks finally culminated with Gov. Ned Lamont’s first budget proposal, which will be sure to please practically no one.

The governor’s plan calls for an expansion of the state sales tax, shifting a portion of the teacher pension cost onto municipalities, new taxes on soda, plastic bags and vaping products, changes to the state employee retirement system, paid family medical leave, and, of course, tolls.

New taxes would total $651.5 million by 2021. Tolls under the governor’s proposal would add an additional $800 million going to the state when the tolls are finally approved and built, although some of that revenue will come from out-of-state drivers.

Total revenue increases will be $1.28 billion in the first year and $1.76 billion in the second year, including revenue from taxes previously meant to expire in the next few years.

The governor also calculates a reduction in spending of $522.6 million through less borrowing, changes to state employee health administration, possible pension reforms, and further out-sourcing of some state services.

Lamont fed the media bits and pieces of his budget plan leading up to Wednesday’s address, which already bred reaction from various groups, including state employee unions who said they will not entertain anymore concessions to the state, and No Tolls CT which decried the governor’s reversal on his campaign promise to only toll large trucks.

So here’s a breakdown of the major points in the governor’s budget:

During his budget address, Lamont said he refuses to continue to “pour water into a leaky bucket,” by raising income or sales tax rates.

Lamont told the General Assembly that tolls are necessary in order to fix the state’s infrastructure problems and that it was the surest way to raise the necessary revenue.

“The numbers must add up at the end of the day,” Lamont said.