Lamont’s Speech Full of Optimism, But Not New Ideas 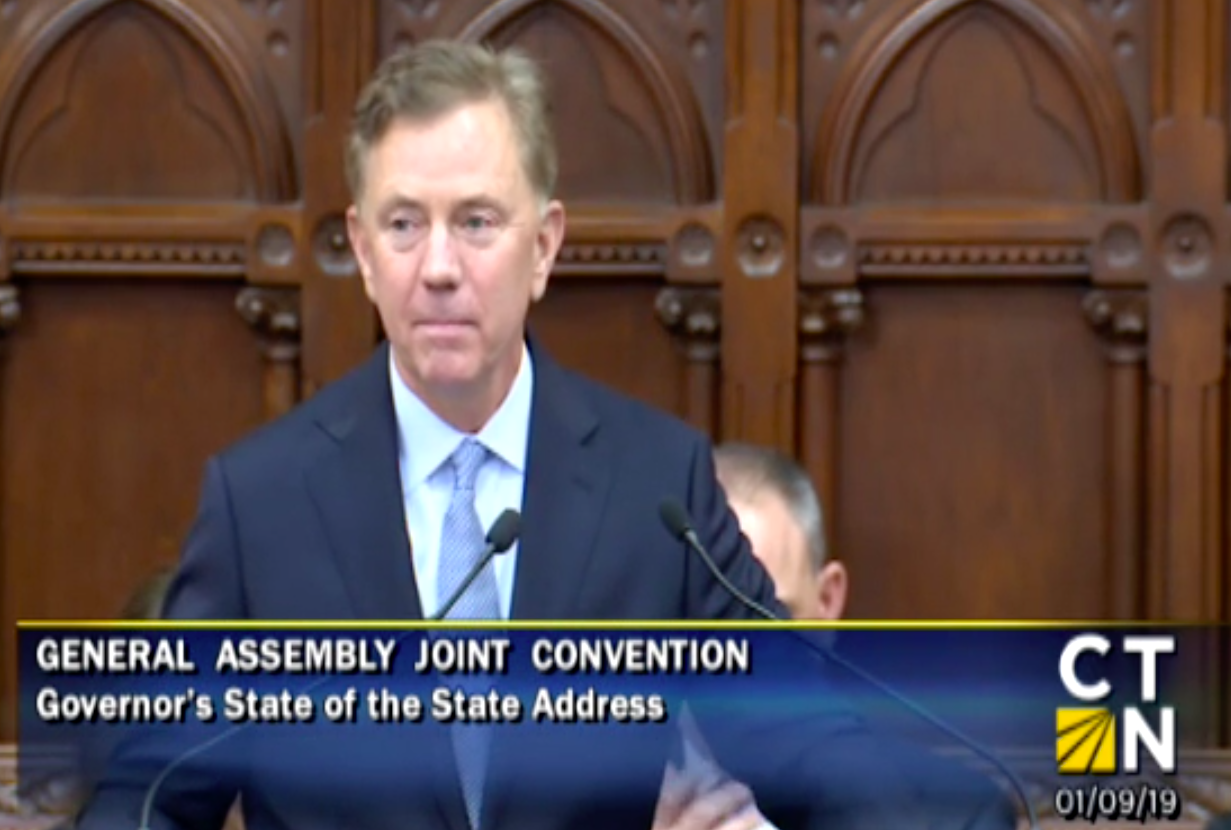 Gov. Ned Lamont’s state of the state address this week hit many of the right notes – Connecticut’s people need a bit of cheerfulness and optimism after eight years of the opposite.

(You knew that was coming, didn’t you?)

After listening closely to his State of the State address, it seems that while Lamont is calling for fresh ideas, he didn’t bring many new policy ideas to the table. That doesn’t mean everything he said was bad, or wrong – just not new.

The policies he outlined in his speech included:

Fix the budget – He actually said, “Fix the damn budget once and for all.” This was not the biggest applause line of his speech. That’s because many of the lawmakers he was speaking to have been trying to “fix the damn budget” for years. Because of the stranglehold unions have on the budget, it’s a lot harder than you’d think. It would have been nice to hear Lamont’s ideas to tackle the budget deficit.

Improve cities – We couldn’t agree more. How is Lamont going to fix the education, public safety, and pension problems dragging Connecticut’s cities down? Again, without tackling union power in those cities, that’s a tall order.

Improve workforce readiness – Great! How? We’ve dumped a bunch of money into education over the past decade, but outcomes haven’t budged. That’s partially because teacher pensions are eating up more and more education dollars. Lamont hasn’t said how he is going to tackle that problem.

All digital government – Don’t scoff. This might be Lamont’s best idea. Connecticut’s online services are terrible. Here’s hoping he can get around union contract issues to get it done. Gov. Malloy tried, and clearly didn’t succeed.

Economic growth – Growth! Growth! Growth! It was the exclamation point near the end of his speech. But it came right after he said he was going to add more mandates for small and large businesses. Malloy’s tax increases and mandates stifled growth – it looks like Lamont will bring more of the same.

Improve transportation – Lamont didn’t say the word “tolls,” but that’s what everybody heard. Connecticut already spends a lot on transportation, but we’ve had the wrong priorities and have added costs from measures like prevailing wage and project labor agreements. Lamont needs to address those issues before adding tolls.

Shared services – Great! Many cities and towns are already trying to do this. Union contracts stand in the way, as do many state laws. There’s also never been a study of how much this could save. That’s because the answer is probably not a whole lot. It’s just the unions’ favorite talking point whenever someone points out their benefits are blowing up the budget.

What he didn’t mention – Lamont didn’t spend much time talking about the 650,000-plus voters who picked his opponent. That’s almost half the state. Those voters are voiceless in Connecticut right now. With Democrats holding every statewide office, and majorities in the House and Senate, there are a lot of frustrated people who are genuinely worried about their state.

Lamont, and other Democrats, like to criticize people who are frustrated with the status quo in Connecticut. Downplaying their real concerns is not the answer. Over the past eight years the middle class has dealt with multiple tax increases, stagnant home values, and the high cost of utilities and goods compared to other states.

There wasn’t much in Lamont’s speech addressed to them.

We hope Lamont does “fix the damn budget.” The people at Yankee stand ready to help him do that. We’ll see if he really does have an “open door” for every Connecticut resident.