On A Side Note: The “Lock Box” Has Nothing and Everything to do With Tolls 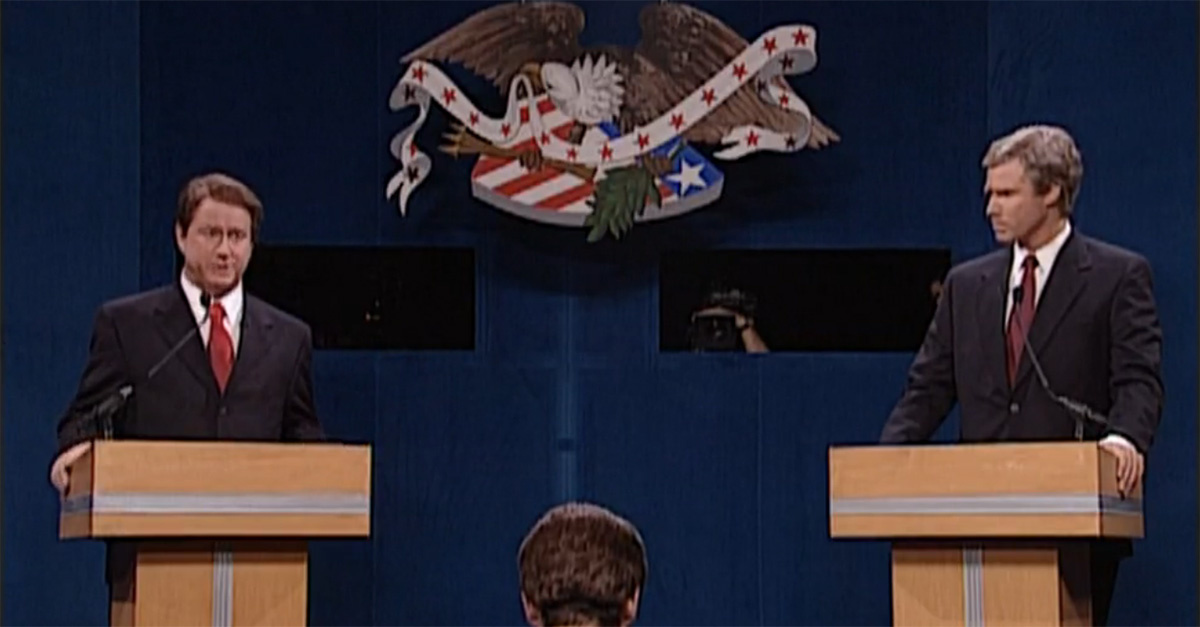 In a classic Saturday Night Live skit, Will Ferrell played a goofy George W. Bush and debated Darrell Hammond as a boring, one-note Al Gore in the lead up to the 2000 Presidential Election.

When asked by the moderator what word best summarized their candidacy, Bush bumbles out with “strategery” and Gore croaks “lock box.”

In Connecticut, however, the recently-approved lock box for transportation funds was a bit of “strategery.”

It’s not that the lock box was necessarily a bad idea: it will supposedly protect the funds which are sent directly to the Special Transportation Fund – the gasoline tax, the petroleum gross receipts tax, and various motor vehicle fees — from any further raids by legislators.

In 2014, lawmakers approved a sweep of the STF of $76 million. Hopefully the lock box won’t let that happen again.

In the past, lawmakers would withhold part or even all of General Fund revenue scheduled to be placed in the STF, particularly in years when the petroleum gross receipts tax came in higher than expected.

The lock box amendment doesn’t say which revenue has to be placed in the STF and the most cynical could point out that lawmakers could decide that maybe the petroleum receipts tax doesn’t need to go into the STF. That would require legislation, but everyone would know what they’re up to and hopefully raise a stink.

The transportation lock box offered a small fix, but it was also a lot about “strategery,” particularly when it comes to tolls on Connecticut’s highways.

A lot of Connecticut residents don’t like the idea of tolls because it’s going to cost them a bunch of money. Those who are on the fence about tolls, however, worry the state will take their money and then use it for other things. Having a lock box might make them feel better about paying for every mile they drive to work.

The truth of the matter, however, is that tolls come with their very own lock box.

Connecticut’s transportation fund essentially acts like a slush fund: revenues go in and lawmakers and DOT decide where the money goes, but toll revenue doesn’t work that way.

Part of that agreement is that toll revenue can only be spent to repair and maintain the highway on which it is collected. Connecticut couldn’t toll I-84 and use the funds for a turtle bridge in South Windsor or a new bus.

But if that makes them feel better about paying tolls, they should think again, because there are a couple caveats.

Federal law says toll revenue can only be spent on other federally funded projects if a “public authority” certifies the highway is being “adequately maintained.”

Two of the four tolling bills presented to the legislature last year called for the state to establish a Transportation Authority, a quasi-public agency run by unelected officials who would be in charge of setting toll rates, spending toll revenue and borrowing money.

Quasi-public agencies like the CT Lottery Corp. or the Connecticut Airport Authority, bring in big money, pay out big salaries and sometimes don’t have to let the public in on their secrets. They would be able to set toll rates without lawmakers catching the political blame.

Naturally, this new Transportation Authority would need staff, offices, and DOT workers to perform repairs and maintenance of highways, and would likely be the authority to determine if the tolled highway is “adequately maintained.”

Connecticut has the highest transportation administrative costs in the nation. Neither tolls nor a lock box will change that. Instead, they will just further entrench those costs.

Money is fungible. Freed from the burden of paying for interstate repair with STF revenue, state government will have plenty funds for pet projects and zero need to reform spending.

Connecticut commuters would have to pay more, but the state government wouldn’t have to change a bit.

The transportation lock box – while a good idea – functioned more as political “strategery” designed to make the public more amenable to tolls. Toll revenue was never going to go to the Special Transportation Fund in the first place.

Instead, it would be sent to another, less accountable, government bureaucracy with a whole lot of overhead costs under the auspices of paying for highways.

Tolls may come with their own federal lock box, but that lock box will come with same, old, bureaucratic keepers — and it won’t be the public.