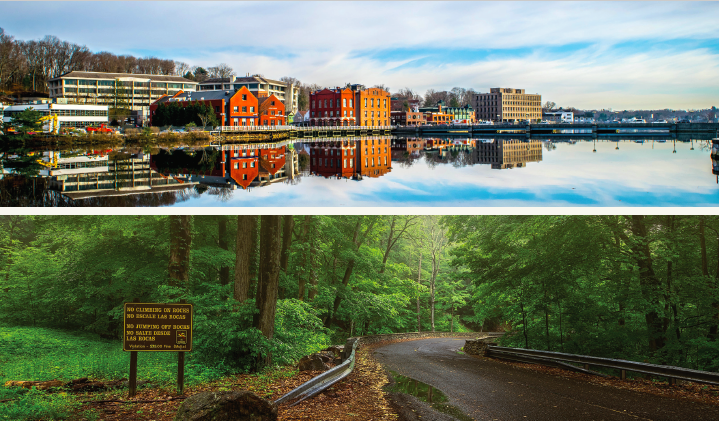 Connecticut is often ranked low in terms of its business environment, but according to a new study from Yankee Institute, some towns manage to stand out from the rest.

The authors of Connecticut’s Top Ten Business-Friendly Towns collected and measured data from Connecticut’s 50 largest municipalities based on community allure, economic vitality, tax burden and transportation infrastructure and found that while the state may be in dire economic straits, some towns are still able to foster a competitive business environment.

The Town of Fairfield took top honors as the most business-friendly town or city in the state, followed by Greenwich, Westport, Ridgefield and Simsbury.

Although the top four business-friendly towns were located in Fairfield County, towns like West Hartford, South Windsor and Glastonbury also made the top ten list.

“I think this shows there are bright spots in Connecticut, that our state still has the ability – particularly at the municipal level – to really be economically vibrant, competitive, and friendly to businesses,” said Yankee Institute Manager of External Affairs and co-author of the study Isabel Blank.

The study comes on the heels of a previous study on municipal finances entitled Warning Signs: Assessing Municipal Fiscal Health in Connecticut, which scored municipal finances and found a significant portion of Connecticut’s 169 municipalities were facing fiscal problems, including eight which were labeled as being in “severe distress.”

The data in Warning Signs was collected and analyzed by Marc Joffe of the Reason Foundation. A municipality which scored below 70 was deemed to be “marginal,” while a score below 50 is considered in severe financial distress.

The average fiscal score for a town ranked in the top ten for business friendliness was 71, compared to the average score of 56 for a bottom ten municipality.

A number of municipalities which scored low on business friendliness, such as Waterbury, New Haven and Hartford face severe fiscal challenges.

A comparison of the two studies shows that even though a municipality may be on the fence fiscally, it can still maintain a robust economic vitality, according to Yankee Institute Policy and Research Director Scott Shepard.

But, he warns, a town’s economic vitality can be undermined by fiscal issues. “Connecticut’s most thriving towns will still want to pay particular attention to Warning Signs. Municipal government should be vigilant not to strangle the golden goose.”

The distribution of the top 10 cities and towns for business closely mirrored the cities and towns in severe financial distress, running along Connecticut’s coast or situated outside of Hartford.

Shelton, which was one of the ten best towns for business, and Derby, which faces financial distress, are right next to each other.

Stamford was the only major Connecticut city to score in the top 25 for business-friendliness, according to the study.

While taxes did weigh on the score of cities like Hartford, Waterbury and New Haven, community allure – defined as education of the populace, crime rates, and cost of living – and economic vitality, which measured median income and job growth, were weighted more heavily.

Unsurprisingly, a number of suburbs surrounding cities like Hartford and Bridgeport scored well in the study.