SEIU Spends Another $450,000 in Last Week Before Election 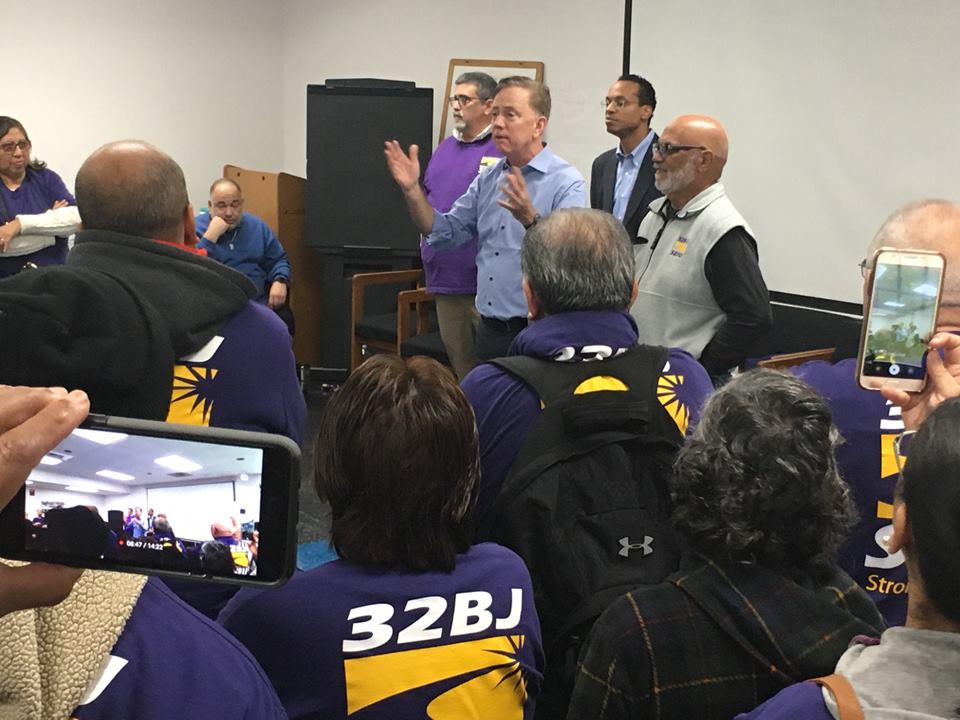 SEIU’s November 1 filing shows SEIU funneled $63,700 to Base Builder, LLC in Minneapolis, Minnesota for canvassers in Connecticut. Most of that money — $51,496.29 – was spent opposing Stefanowski, while the remainder was spent supporting four Democratic candidates for state Senate.

By comparison, the Connecticut Realtors Association PAC – which has received much coverage in the media – has spent $635,561 supporting Stefanowski and Republican Representative Chris Davis of Ellington.

SEIU also spent $144,218 for canvass literature with Resonance Campaigns, another D.C. based campaigning company, according to their October 31 filing.

However, political spending targeted to union members does not require disclosure to the state. Both AFSCME and the American Federation of Teachers have been sending mailers to members. 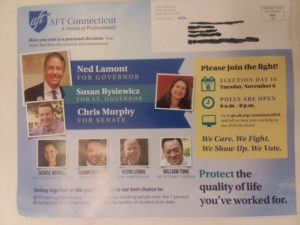 Public-sector unions see this gubernatorial election as critical because the state is projected to face multi-billion dollar deficits for the next four years and will likely require further concessions from state employees to balance the budget.

The unions heavily supported Gov. Dannel Malloy who also faced multi-billion dollar deficits when he took office in 2010 and negotiated two concessions deals with the State Employees Bargaining Agent Coalition in 2011 and 2017. Those concessions combined with tax increases in 2011 and 2015, however, were not enough to turn the tide of Connecticut’s continual budget problems.

AFSCME Council 4 and AFT held a joint rally in New Britain on Friday supporting Lamont and other Democratic candidates.