On a Side Note: Connecticut’s Prescription Drug Caper has State Retirees Going Out in Style!

By Marc E. Fitch September 14 , 2018
Featured Columns, On a Side NoteOne Comment 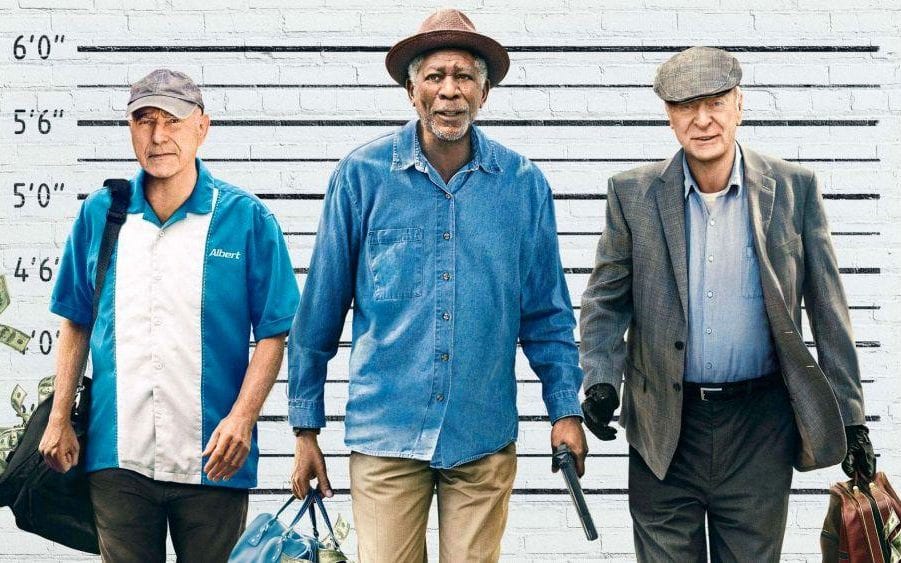 **Spoiler alert (if you actually care about that sort of thing)**

In the 2017 film, Going Out in Style, Morgan Freeman, Michael Caine and Alan Arkin play a group of retirees who rob the bank that misappropriated their pensions. Despite nearly getting caught, the geezers manage to pull it off.

In true solidarity, the pensioners share the $2.3 million they stole from the bank with fellow co-workers, friends and family members and everyone lives happily ever after.

Not so in Connecticut, where another group of pensioners – mostly retired employees from the Department of Correction – allegedly tried to pull off a prescription drug caper, costing the state over $10 million.

According to Connecticut Attorney General George Jepsen, the retirees ordered designer pharmaceutical drugs worth millions from a Florida company using Connecticut’s all-too-generous healthcare plan. Then the retirees received generous kickbacks from the company.

Alleged ring-leaders Nicholas and Lisette Maulucci received $2.3 million through the scheme and involved nine other retired state employees and one current employee at the Department of Developmental Services.

The group of retirees named as defendants by the Attorney General’s Office received yearly pensions ranging from $34,000 to $60,000, while the current state employee had a salary of over $90,000 per year.

Apparently, Maulucci and the others needed to supplement their pension payments with ridiculously expensive drugs and more money. Going Out in Style!

Maulucci, a former employee at the Department of Correction, received a pension of $55,421 in 2017 and allegedly received $2.6 million in kick-backs.

Lori Pelletier, president of the Connecticut AFL-CIO, said on the Todd Feinberg radio show on Tuesday that every dollar a retired state employee receives in pension generates $3.18 in the state’s economy.

One would assume the same ratio holds for every dollar received through fraud, so these current and former public servants should probably all be thanked for helping save Connecticut’s economy.

Unfortunately, the Mauluccis live in Massachusetts, so Connecticut missed out on their ill-gotten economic development dollars.

At least in the Hollywood version, the retirees are trying to rob a bank which wronged them. In Connecticut’s real-life version, the co-conspirators were simply taking advantage of a state where taxpayers are on the hook for one of the most generous retirement health packages on planet earth.

If they truly wanted to rob those who had wronged them, they could have picked the unions’ pockets instead.

In the Hollywood version, the evil bank “misappropriated” their pensions. In the Connecticut version, Maulucci’s own union signed off on agreements to underfund pensions throughout the seventies, eighties and nineties.

Until, 2011 there was literally zero money put away for retiree healthcare, while both politicians and labor leaders watched the bills pile up and did nothing.

Combined, the unfunded liabilities for pensions and healthcare amount to $55.8 billion.

If the accused were trying to “stick it to the man,” they stuck it to the wrong one – the taxpayers who have been forced to subsidize these bad decisions through higher taxes.

Overall, it was not a great week for the image of Connecticut state employees.

UConn professor Ram D. Gopal, who earned over $450,000 in salary and stipends in 2017, approved over $100,000 in compensatory time so his girlfriend – also a UConn employee, making $54,000 per year — could accompany him on international business trips.

Once again, Connecticut missed out on those economy-stimulating fraud dollars, with the money being spent in places like California, Dublin and South Korea.

Don’t worry about the professor, though. He resigned, will probably get a considerable pension and will still be Going Out in Style, but it’s certainly not a good look for a university that previously paid a professor his $200,000 salary while he sat dead in his home for months.

Unfortunately, the state of Connecticut is not Going Out in Style. The costs to continue funding the state’s current retirement benefits will soon be more than either the budget or the taxpayers can handle.

The fixes won’t be easy or popular, but at this point, continuing down the same path with no reform amounts to robbery of everyone in the state.