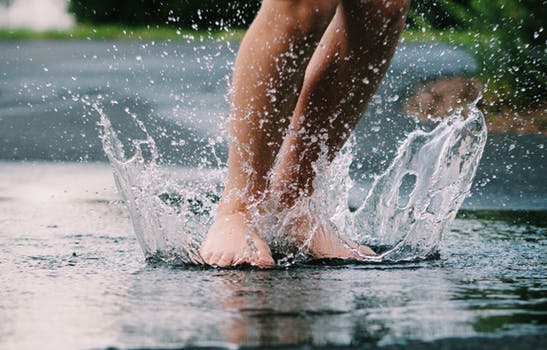 Cash strapped New Haven is requesting $217,597 from Connecticut taxpayers for the construction of a splash pad at DeGale Field after the city gave $250,000 in bonuses to 37 management employees.

New Haven is also requesting an additional $575,000 for improvements to its little league fields at Fairmount Park.

The Connecticut Bond Commission will hold a special meeting on Thursday September 20 to consider another round of spending on the state’s credit card which, according to the Bond Commission agenda, will total $1.9 billion this year.

While the cost of the splash pad may seem like a drop in the bucket, it may be the New Haven taxpayers that are getting soaked.

Despite the shortfall, the city has made some questionable spending choices over the past year, including raises for executive employees and using funds from the city’s firefighters to purchase uniforms which cost in excess of $1,000 each for three office employees.

New Haven is not the only Connecticut municipality getting taxpayer help to fund what otherwise should be a municipal-funded project: West Haven – also in dire financial straits and currently under control by the state’s Municipal Accountability Review Board – is requesting $100,000 for a new playscape at its Forest Elementary School.

Farmington will receive $50,000 toward improvements to its playground and recess space at West Woods Upper Elementary, although the town is committing $190,000 to the project, which costs a total of $242,000.

Another $100,000 will go toward improvements to Manchester’s handball courts at Charter Oak Park.

The grants-in aid to these towns made through the Office of Policy and Management and the Department of Economic and Community Development, however, pale in comparison to more bonding for particular Connecticut businesses.

Irish airline Aer Lingus will receive another $4.5 million, part of a total package of $13.3 million granted to the airline when it failed to meet revenue targets after starting service to Bradley International Airport.

Gartner, Inc., an information and research business in Stamford will also receive a $5 million forgivable loan to expand and grow 400 jobs. The company expanded by 300 jobs over the past five years with no assistance from the state and posted second quarter revenue of $1 billion in 2017.

Connecticut currently has the second highest bonded debt per capita in the country, according to a nation-wide study by the American Legislative Exchange Council.

Connecticut has bonded extensively for economic development throughout the Malloy administration, however the state’s economy has remained tepid, with little improvement in job markets or overall economic growth.