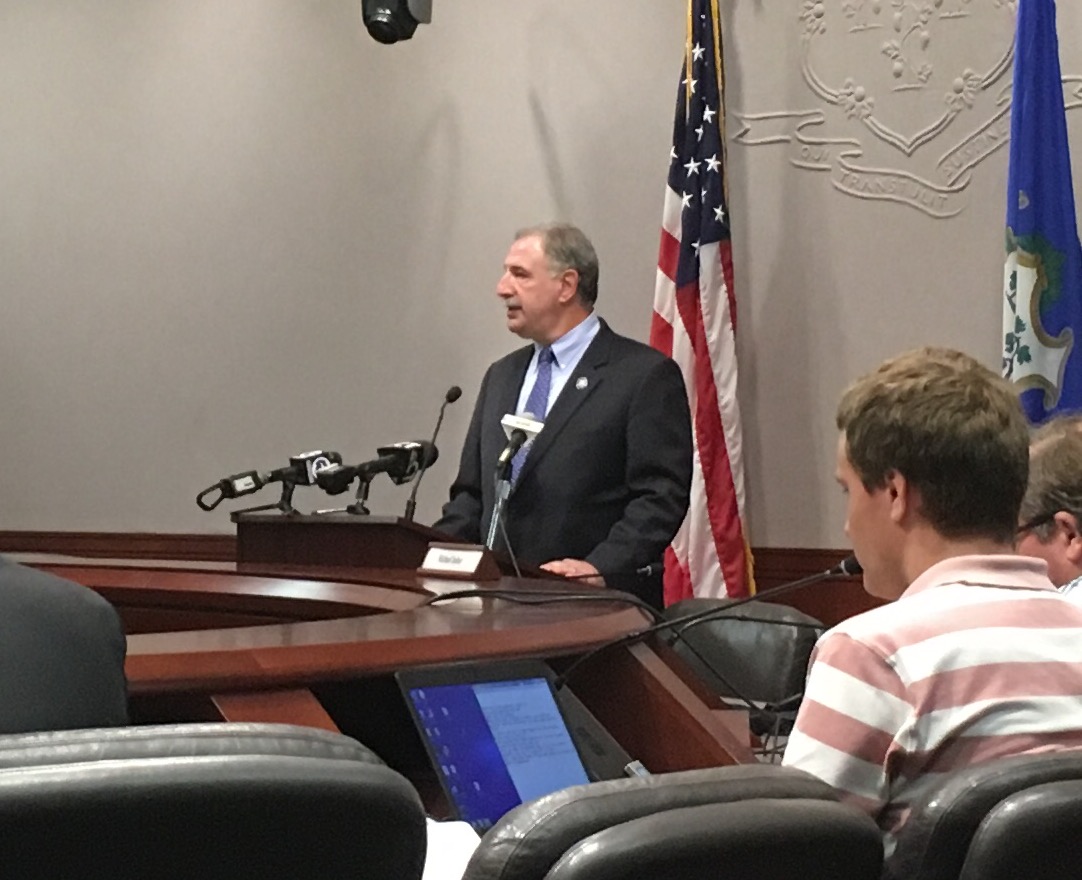 Commission chairman Rep. Jonathan Steinberg, D-Westport, said “everything is on the table,” including state properties, buildings, parks and revenue generating assets like the Connecticut Lottery.

“The single largest factor in this budget crisis has been the growing pension liabilities, both with the state workers and also with teachers,” Steinberg said. “The burgeoning liabilities are quickly crowding out spending for all other aspects of government.”

Steinberg said the state cannot cut enough spending to meet the pension demands, raising taxes is “not on the table,” and that it is “unrealistic” to think Connecticut’s economy could grow fast enough in the short term.

The Pension Commission is comprised of thirteen officials and appointees who will produce recommendations for transferring state assets to the pension funds by January of 2019. Steinberg noted the Commission is already six months behind schedule.

CT Lottery takes in roughly $330 million per year into the General Fund which helps fund a number of different programs and services. Nearly a quarter of state lottery revenue goes to the Department of Education, Libraries and Education Services, according to CT Lottery’s website.

More than 13 percent of lottery funds go toward Medicaid and 10 percent toward debt service. If lottery proceeds are directed to the teachers pension fund those programs will likely have to take a cut or be funded through other means.

Some organizations, however, have placed the total debt at over $100 billion when using a conservative rate of return.

Following the press conference, Office of Policy and Management Secretary Ben Barnes gave a presentation on the history and current status of Connecticut’s pensions.

Barnes said during the early 90’s, Gov. John Rowland and SEBAC reached an agreement to underfund the state pensions, which, combined with lower than expected rates of return, compounded the debt over time.

Although Gov. Dannel Malloy has paid the full pension amount during his administration, the costs have continued to grow.

Malloy refinanced the SERS unfunded liabilities in 2017 to keep the state employee pension costs from spiking, although yearly costs will continue to grow from $1.5 billion to $2.3 billion by 2023.

Connecticut’s teacher pension system, however, remains more tricky. Barnes estimated the cost of teacher pensions to rise from $1.2 billion to more than $3 billion, provided the fund returns at least 7 percent per year.

Connecticut can’t refinance the teacher pension debt because Connecticut bonded $2 billion in 2008 to bolster the fund, just before the recession.

According to State Treasurer Denise Nappier, an attempt to refinance the teacher pension debt will violate the bond covenant and severely hurt Connecticut’s credit rating.

Unlike state employee pensions which are collectively bargained, teacher pensions are set in state statute legislatively.

Teachers union leaders have supported the idea of transferring lottery revenue to the TRS. The Connecticut Education Association called it a “Win-Win” in the April edition of their publication, CEA Advisor.

Scott Shepard, director of policy and research for the Yankee Institute, said he hopes the new pension commission will be successful, but cautioned that New Jersey tried a similar “fix” with little real effect because the state then lowered its contribution toward pensions.

“New Jersey did not make this lottery dedication in addition to the amounts it had already pledged to fund, and did not cut other state spending by a concomitant amount,” Shepard said. “The bond markets and the informed public were broadly unimpressed.”

The Pension Commission was established as part of the 2017 budget and must report its findings to the Finance, Revenue and Bonding Committee by January 1, 2019, when a new governor and legislature will take over.

Steinberg said the transfer of state assets to the pension system will not solve the pension problem, but could help shore up some of the unfunded liabilities.

“It’s hard to overstate the importance of this effort,” Steinberg said during the press conference. “The state is greatly constrained in its options on how to reduce the liability.”