Before Janus v. AFSCME there was Rebecca Friedrichs: A Q&A with The Teacher Who Almost Won a Supreme Court Decision 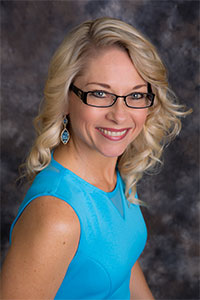 The Supreme Court in June decided in favor of Mark Janus in the hotly contested case, Janus v. AFSCME, essentially allowing public sector employees to keep their jobs without being forced to pay fees to a union.

Although the decision was seen as a blow to government union power, neither union leaders nor legal experts were surprised by the outcome.

However, the death of Justice Antonin Scalia left the Court with only eight justices, resulting in a 4-4 decision which preserved the status quo. Now Yankee Institute talks with Rebecca Friedrichs about her case, Janus, and the future for teachers in a post-Janus country.

Q: A lot of the criticism against Mark Janus is that he is being used as a pawn by billionaires. You faced the same criticism, so what made you want to take this fight to the Supreme Court?

A: The reason the unions and the media get away with how they treat Mark Janus is because most people really love their local association — in my case teachers. You hang out with these teachers every day, you stand together if a bad administrator comes to your district, you stand together to protect the rights of each other. So for most people the picture of their union is their local association. What they don’t understand is that it’s the state and national unions that are the big problem.

When I was serving as a union rep on the executive board, we had that horrible downturn in the economy and we were told that a bunch of teachers in our district were going to be laid off. These were outstanding teachers. I had personally mentored three of them. So they were all going to lose their jobs; and how did we decide who was going to lose their jobs? Well the union decides that — last in, first out. So as their representative, I started asking teachers how they would feel about taking a small pay cut. I talked to our administrators and discovered a three percent cut would do it. I taught in a low-income neighborhood. Almost every family we served had either a major pay cut or hours cut; many had moved in with grandparents, a lot of families were sharing homes to make ends meet. So we can save the jobs of these teachers — which is the right thing to do — and we can keep class sizes down in a low income neighborhood. We would stand in solidarity with our community; it was good public relations for us.

The teachers on my campus thought it was a great idea. They were willing to take a small pay cut to save their friends’ jobs. So I took that to the union and I was told “No, Rebecca, the teachers will never go for it.” I got “No” for an answer for weeks. I offered to do a survey of the teachers to ask the teachers in the district if they would be willing to take the cut. The union would not let me do that. So no voice for the teachers, none. But I kept nagging the union. Finally the union leader said to me, “Rebecca, don’t worry about those teachers, the union is going take care of them. We’re going to give them a seminar on how to get unemployment benefits.” My jaw dropped. Teachers are paying you a thousand dollars a year and this is what you do? You represent them out of a job? They don’t want to be unemployed, they want to teach. They were all laid off, class sizes went up in a low-income district where the union claims it wants low class sizes. Those teachers were devastated. What really bugged me was all those teachers believed it was the fault of the district. The union did this to them. They would not let us save their jobs.

Q: So how did you become involved in the litigation?

A: I started writing op-eds to educate my community. I wasn’t afraid to share my story or to write, but I had no contacts in the media, at all. So I was terrified as to how I could get my story out there, but within six months of writing my first op-ed, I was lead plaintiff in this national lawsuit. That’s how I got involved. The president of California Teachers Association called me and my fellow plaintiffs the “spawn of Satan.” We were called the “pawn of the wealthy one percent;” I was called the “whore of the Koch brothers.” All that name calling — that’s the behavior of state and national teachers unions. We are represented by a group that is the polar opposite of what we [teachers] are. They’ve used us and degraded us and somebody had to expose it.

Q: What was it like for you when Justice Scalia passed away?

A: That was the most devastating day. It was Valentine’s Day weekend. My husband and I saw it on the breaking news. We couldn’t talk because we knew what that meant. “Devastated” is probably not a strong enough term for how we felt because it wasn’t just that we would lose, but that every single child across the country would lose. We were devastated for two solid days, and on day three we woke up with renewed hope. For me it was very much a spiritual journey, so the message in my heart was “you got work to do, so keep on working.” So I started writing a book and I started creating a nonprofit. My book is called Standing up to Goliath and will be out this fall and its an expose of the teachers unions. The nonprofit we started is called For Kids and Country and it’s now doing its work.

Scalia’s death was the point at which we had to move from fighting the union in the courts to fighting them grassroots.

Q: How do you see the Janus decision affecting teachers?

A: It’s huge, especially because the Court gave us the “opt-in” provision so new teachers aren’t automatically in the union. In my opinion as a boots-on-the-ground teacher, I’ve lived in that culture of fear for a long time, and I know that most teachers are not going to exercise their Janus rights. Some will — the brave ones, the ones who are educated on the topic — but most will not because of the culture of fear and because most teachers love their local association. What the unions have done, very cleverly, is they’ve linked the local union to the state and the national. So if you leave one, you leave all three. The most common question teachers have asked is, “is there a way to keep my local association but get rid of the state and national?” The answer is “yes,” and the answer is “no.” You can ditch the state and the national, but you have to decertify the whole web because they’re interconnected. Once you decertify, then you just reorganize as a local union only. It’s the same teachers, it’s the same district, you’ll just have a different name. The tricky part is the decertification because the unions fight you and they’re powerful and wealthy and they know how to divide people. If there was one message I could get to teachers across the country it’s that you don’t have to pay for this anymore and you can decertify and reorganize as a local.

By Marc E. Fitch November 23, 2021 Good Government, Labor One Comment
Is it every year? Or every other year? That appears to be a perplexing question facing the Office of the
Read More