On a Side Note: Seeing Russians in the Dark

The Russians may be sinister and plotting, but they also know how to liven up an otherwise typical public hearing.

Michael Brandi, executive director of the State Elections and Enforcement Commission, testified in support of a super-scary sounding bill called An Act Concerning Dark Money and Disclosures before the Government Administration and Elections Committee.

Brandi jokingly said his staff refers to it as the “Facebook and Russians bill.” 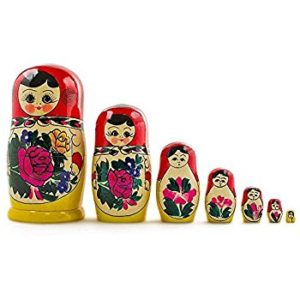 Brandi said the practice is akin to “nesting dolls,” a toy which, naturally, originated in Russia.

Political committees can then use anonymous donor money to post advertisements on Facebook where political opinions of Connecticut voters are apparently easily swayed by pretty colors and digital fonts, corrupting elections and allowing indecent, malevolent political parties bent on kicking puppies to rise to their full and awful power.

SEEC attorney Shannon Kief explained that unlike a lawn sign or a mailer, social media advertisements are fleeting and can disappear quickly. 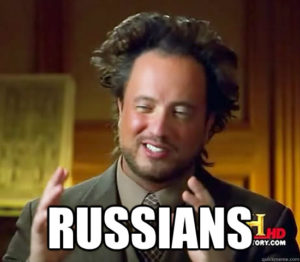 But, of course, once someone sees it they are forever corrupted by the message and must do as the advertisement commands. It’s all very “scary” — at least for people who can’t stop hyperventilating over the 2016 presidential election.

In reality, the effectiveness of political advertising on social media is limited. Not many people suddenly change party affiliation or their beliefs because they saw an ad on Facebook.

But, since part of the political committee’s money came from twice-removed private donors, it stands to reason it could only be the Russians trying to flip the internationally vital East Hartford district in favor of their preferred state representative.

Or it could be that some people just want to exercise their political free speech rights without having their names and addresses published on a government website — which is kind of the opposite of free speech.

While the entire nation is up in arms because Cambridge Analytica found out 50 million people “Like” that new Katy Perry song, the state of Connecticut wants to collect information about people who “Like” certain organizations.

Transparency is for government, privacy is for the people. The implication in these bills is that if someone wishes to remain anonymous it MUST be for nefarious reasons, necessitating equally nefarious legislation.

Weird that in an era of hyper-partisanship in which people are being forced out of their jobs, ostracized or threatened over minor political donations, anyone should wish to remain anonymous. It’s such fun to wake in the morning with a horse head in your bed because you donated to the “wrong” cause!

Brandi states off the bat that Connecticut already has some of the strictest enforcement in the nation, but because of Trump and Russia and Facebook, the Nutmeg State needs to crack down even harder.

But how this “dark money” bill works and what it will mean seems to be anybody’s guess — including the lawmakers. No one seemed to understand it and Brandi’s explanation didn’t offer much help.

The long, obtuse bill is darker than the money it claims to fight and a team of lawyers would probably reach differing conclusions about what it actually does.

Suffice to say, the idea behind the bill is to find out the names and addresses of anyone who donates to an organization which then donates to a political committee which then takes out a political advertisement someone doesn’t like.

This is all part of a larger national trend of hand-wringing and worry which has left the country in a false existential crisis. Everyone seems worried the voting populace was misled into doing something it didn’t actually want to do — namely, electing Donald Trump.

Most of the GAE Committee hearing was dedicated to debating whether Connecticut should join a coalition of other states advocating presidents be chosen by popular vote rather than the electoral college to avoid future Trumpian upsets.

Connecticut’s political landscape has been changing too, but it hasn’t been because of dark money, vanishing Facebook advertisements or the electoral college.

Rather, Connecticut’s political climate has changed because residents are tired of working all week but still just scraping by; tired of watching their friends and family leave for low-tax states; tired of seeing their taxes go up again and again, only to be told that Connecticut is still broke and needs more of their money.

The truth is that for years Connecticut has gone down the wrong path. State taxpayers are finally fed up and either voting differently or voting with their feet and there isn’t a single Facebook advertisement that will alter that reality.