The cost of fringe benefits, including pensions, for Connecticut community colleges are growing faster than revenue, prompting tuition increases for more than 47,000 college students, according to figures presented in an audit of the Connecticut Community College System.

Between 2013 and 2015, the Board of Regents for Connecticut State Colleges and Universities approved increases in tuition at Connecticut’s community colleges totaling 7.4 percent. 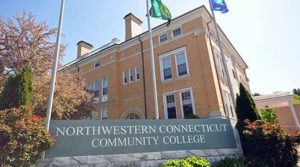 During the 2013-2014 school year, operating expenses in the Connecticut community college system increased 5.3 percent, or $26 million, primarily due to an increase in fringe benefit costs, according to the audit.

During the 2014-2015 school year, operating costs grew 12.6 percent or $64 million, because community colleges had to start accounting for their pension liabilities.

The report also showed that community colleges were receiving less in state and local grants, leaving their revenue flat despite the tuition increase. Revenue grew only .7 percent in 2013-2014 and a “negligible” amount the following year.

The increasing costs and rising tuition coincided with a downturn in the number of students attending Connecticut’s community colleges. Attendance decreased 3 percent during the 2013-2014 year and 6 percent the following year.

The consolidation would eliminate 190 upper-administrative positions, such as college presidents.

The consolidation plan was protested by both faculty and students, but even with the savings, deficits are projected in the future, including a $13 million deficit next year.

According to the BOR’s 2018 projections, fringe benefits costs will continue to rise and community college attendance will decrease.

In September, the BOR estimated that fringe benefit costs at Connecticut’s community colleges would increase more than $3 million in 2018 and enrollment is projected to decrease an additional 3.2 percent.

A staff report presented to the BOR during their September meeting also discussed the SEBAC concessions deal negotiated between the governor and Connecticut’s state employee unions.

Although, the concessions deal mitigated some of the projected increases in employee fringe benefit costs, it was not enough to keep the costs from continuing to grow.

“SEBAC provided for certain employee concessions related to pension plans and medical costs. However, the ‘organic growth’ of these costs outweighed the concessions,” the report said.