Connecticut state employee unions threatened a lawsuit against the state if future reforms to state employee benefits are included in a bipartisan budget.

The budget passed in September outlined changes to be made to state employee benefits after the SEBAC contract expires in 2027, which included higher pension contribution rates and elimination of overtime from pension calculations.

The budget allowed the future savings to be used this year to help balance the state’s budget without dramatically increasing taxes.

Gov. Dannel Malloy vetoed that budget, saying it would invite a legal challenge from the state’s government unions — a prediction which is now proving true.

Although the reforms outlined in the September budget would not occur until after the SEBAC benefits contract expired, Daniel Livingston, chief negotiator for SEBAC, says those changes would violate the state’s contractual obligations while the benefits contract is still active. 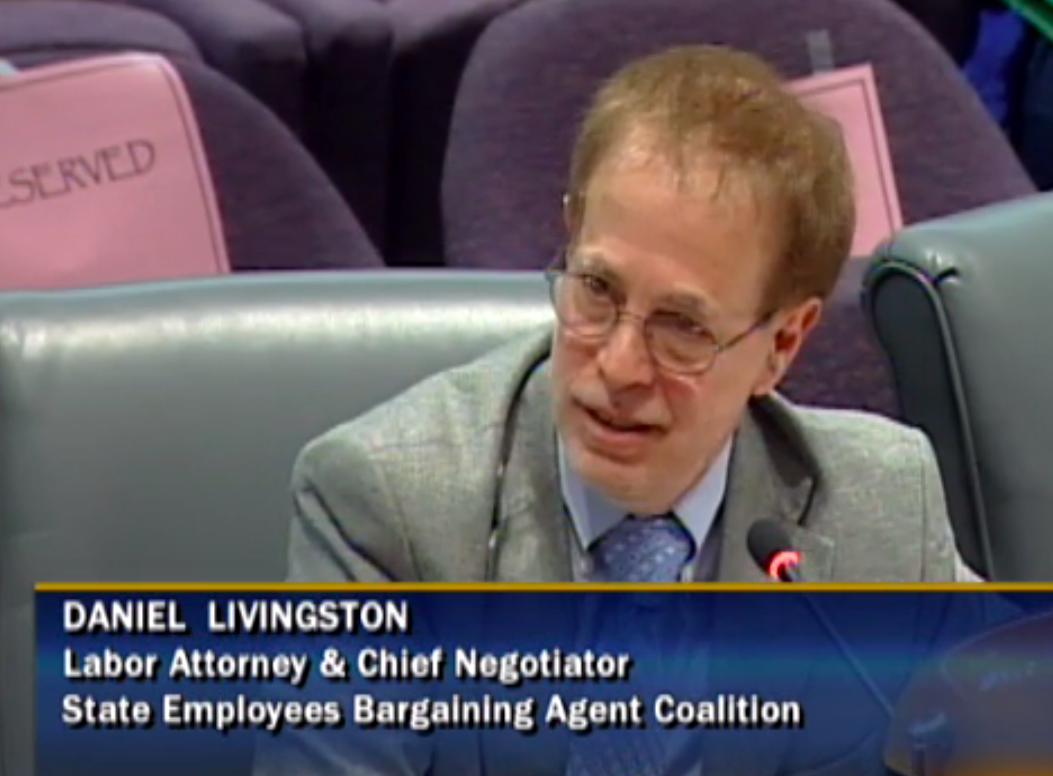 Instead of making reforms to the retirement pension and healthcare system, Livingston called on the state legislature to raise taxes on Connecticut’s high-earners and corporations, something the state employee unions have advocated for throughout 2017.

The high cost of pensions and retiree healthcare are two of the growing fixed costs threatening to crowd out other state spending.

This year alone, the state will pay $1.5 billion toward state employee pensions with an additional $860 million toward retiree healthcare.

Much of that payment goes toward the unfunded pension liabilities the state has incurred over the years through a combination of not making the annually required contribution toward the pension system and not meeting its investment assumptions.

The effects of those underfunded pensions are proving devastating and they continue to grow despite the Malloy administration making the full payments every year. Connecticut’s unfunded pension liability increased more than $8 billion during the six years in which the state paid the annually required contribution.

The increasing pension payments have grown more than the 2011 and 2015 tax increases combined, according to Office of Policy and Management Secretary Benjamin Barnes, and many worry that as the pension payments continue to grow, taxes will inevitably increase.

Efforts to make changes to the benefits system – such as moving new hires into a 401(k) retirement plan or removing overtime from pension calculations – were met with strong resistance by union leaders.

The union concessions deal negotiated between Malloy and union leaders extended the life of the existing benefits contract from 2022 to 2027, making it a 30 year contract, the longest in state history.

Because of the extension, lawmakers could only outline reforms to be made following the expiration of the contract ten years from now.

Connecticut is now the last state in the nation without a budget, prompting major cuts to state education funds by Malloy. Those cuts were caused in large part to the increasing fixed costs of pension and healthcare payments.

The state employee unions have sued the state of Connecticut before, resulting in big costs this past year.

A recently settled lawsuit by the state employee unions dating back to 1992 cost the state of Connecticut over $100 million, adding to the state’s fiscal woes. Union leaders claimed that then Gov. John Rowland unfairly targeted them when he cut the state workforce.

But pension and retirement benefits reforms are increasingly the focus of not only lawmakers, but of financial institutions and bond rating agencies which see Connecticut’s long-term viability hampered by the rising costs.

In statement released shortly after the lawsuit threat, Yankee Institute President Carol Platt Liebau said “SEBAC — an organization that claims its members serve our state residents — ought to be ashamed.”

“Government unions that represent 45,000 employees apparently want to dictate how a state of 3.6 million people governs itself,” Liebau said. “The fact that this powerful special interest actually feels entitled to overrule the people’s elected representatives shows clearly why Connecticut now stands on the brink of fiscal catastrophe.”