Fewer and fewer students are enrolling in Connecticut’s schools but that hasn’t stopped education budgets from growing and per-pupil costs from sky-rocketing to previously unheard of levels, according to figures compiled by the Western Connecticut Council of Governments.

The median, cost per student in Connecticut, when adjusted for inflation, has grown 35 percent between 2006 and 2016, largely due to declining enrollment coupled with growing budgets.

The data shows that declining school enrollment accounted for 51 percent of the increased per-pupil costs, according to WestCOG’s analysis, but it is unclear what accounted for the remaining 49 percent increase.

Among Connecticut’s 169 towns and cities, 38 have seen school enrollment decline more than 3 percent per year since 2006.

Some small towns, like Bridgewater, have experienced a drop in enrollment of 49 percent, leading to some of the highest per pupil costs in the state.

Bridgewater, along with Washington and Roxbury, is part of the Region 12 school district and is now spending upwards of $34,000 per student, according to first selectman Curtis Read. Region 12 has become “one of the most expensive regions in the state,” when it comes to per pupil costs, Read said. 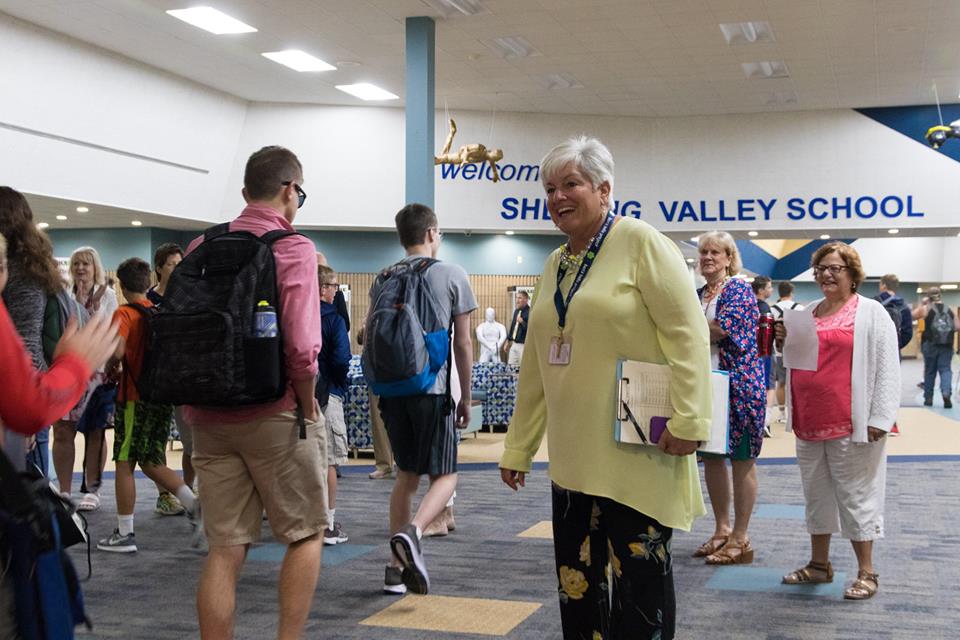 Although Bridgewater has managed to decrease its education costs since 2006, Roxbury and Washington have seen increases, and Region 12’s overall budget has increased, albeit more slowly than previous years.

Read says that the high real estate values deter newer families from living in the small town and many of the properties are owned by retirees or are second homes for wealthy residents of other states.

The decline in student population was anticipated by the Region 12 Board of Education, according to their 2012-2017 long-term strategy.

Robert Giesen, director of finance and operation for Region 12, says that many of the costs are fixed, such as overhead for electricity, heat and maintenance. But the school district also has to maintain a certain number of staff in order to educate students. “There’s only so much adjustment you can make with staffing levels. We still have to maintain courses.”

For Region 12 the issue is not so much the money, but rather having to keep a full school system operational for a smaller and smaller pool of students, leading to very high per-pupil rates.

Giesen says that short of consolidating schools – which they have explored unsuccessfully in the past – there is little that can be done to curb or lower per-student costs. But he also says that state regulations and mandates are adding to Region 12’s burden. “The unfunded mandates cause us to add costs but not the students to match it,” Giesen said.

Giesen says that course load and teacher training requirements from the state place additional burdens on the school system. “When you’re small, you’re already stretched to get the regular stuff done.”

The costs keep going up

The rising costs and declining student population is not limited to small, wealthy districts alone.

The town of Ansonia, for instance, saw a 10 percent decrease in student enrollment between 2006 and 2016, but an inflation-adjusted increase in its education budget of $5.4 million.

Similarly, East Windsor saw a 26 percent decline in student enrollment but an increase in the school budget of $4.4 million when adjusted for inflation. Those are just two examples, but the trend is widespread across the state, affecting most municipalities.

Part of the problem is just keeping the building open and running with enough staff to teach the required courses, regardless of the number of students. But the increase in education budgets have often outpaced the rate of inflation.

Rep. Gail Lavielle, R-Wilton, ranking Republican member on the state’s education committee, says that school superintendents are constantly telling lawmakers that their costs are rising for facilities and insurance.

Lavielle points out that teacher pay increases and healthcare costs also affect a school district’s bottom line. “Teachers continue to get raises and step increases,” Lavielle said. Connecticut has one of the highest average teacher salaries in the nation at $63,152, according to the National Education Association.

Catherine DeBarge, designated superintendent of the East Windsor school system, echoed Lavielle’s point. “The primary drivers for our budget increases have been insurance costs and negotiated pay increases for all of our units.”

The number of administrators and staff in schools has also far outpaced the number of teachers hired to be in the classrooms, according to a national study by EdChoice. More staff in a school district means a larger payroll that grows year to year with cost of living increases, raises and health insurance costs.

But there are other factors besides facilities, insurance and payroll. Connecticut schools have to dedicate resources to special education, english as a second language and athletics and all of those costs continue to rise.

Lavielle says that special education costs are rising rapidly. “Of course we have to provide services for these children but they are very expensive and I know a lot of superintendents are deeply, deeply worried about those costs.”

A number of schools, particularly in more urban areas, also have to dedicate resources to teaching non-English speaking students.

Even if a school district’s enrollment numbers are down, the cost of payroll, negotiated raises, facilities, insurance and programs like special education and ESL continue to grow and outpace any reductions or cuts a board of education can make.

Until recently, towns were unable to spend less on education even if their enrollment numbers dropped. However, the legislature voted in 2015 to allow districts to decrease their budgets by small increments in response to declining school enrollment.

Under the terms of the change, a town experiencing lower enrollment rates can reduce its education budget between 1.5 and 3 percent depending on the number of students that are eligible for free and reduced price lunch.

The MBR is set every two years as part of the budget, and although the legislature has yet to reach an agreement, Lavielle doubts there will be any change to the existing structure.

But with costs growing more quickly, collective bargaining agreements locking in pay raises and student enrollment numbers declining at a high rate, the allowable reductions may not be enough to keep education budgets in check.

And a number of towns may have to do more with much less depending on the state budget. Gov. Dannel Malloy issued an executive order zeroing out education funding for 85 towns across Connecticut and slashing funds for another 54. Malloy is running the state through executive order due to the lack of a state budget, but he is limited to the previous year’s spending

The cuts would not only affect wealthier school districts. “Distressed” municipalities which normally receive more state aid, would see significant cuts if the executive order goes through on October 1st. These towns generally have populations earning at or below the median state income and residents would be hard-pressed to make up the difference through increased property taxes.

The growing cost of teacher pensions may also cause future problems for school budgets. The state currently pays $1.2 billion per year into the Connecticut Teachers Retirement System. The figure is expected to grow to $6 billion by 2032.

The added cost could severely limit how much the state can doll out through its Education Cost Sharing program.

As part of his budget proposal, Gov. Malloy wanted towns to pay for one-third the cost of those pensions, which would equal $408 million this year, but would continue to grow over the next decade.

Municipality organizations like the Connecticut Conference of Municipalities and the Council of Small Towns were vehemently against the proposal and argued that it would drive up property taxes in a state that already pays some of the highest property tax rates in the country.

The problem of lower school enrollment touches upon the larger issue of Connecticut’s declining and aging population. Connecticut is one of the few states in the nation whose population has declined over the past three years, according to the U.S. Census Bureau.

The state also faces an aging population as many of those leaving Connecticut are young college graduates who seek work in other states. This leads to a lower number of families with young children who enroll in public schools.

The U.S. Census Bureau found that the number of children in Connecticut has decreased at the highest rate in the nation.

The declining number of children in the state who will enter the school system could put further stress on a system which already faces problems due to state fiscal issues and legal challenges.

Although the majority of towns and cities saw lower enrollment numbers coupled with higher budgets, a few municipalities were actually able to roll back the education costs. Towns like Essex, Groton and Meriden have been able to reduce their education budgets as enrollment has dropped off.

But only one town – Sprague – has actually managed to lower its per-pupil cost and its overall education budget between 2006 and 2016.

Towns may not see much in savings, despite closure of schools and shortened municipal office hours

Schools are closed across Connecticut and many municipal buildings and offices are running on reduced schedules in response to the COVID-19 public health crisis, but towns may not see much in the way of cost-savings from those closures. Harwinton First Selectman Michael Criss says his town has closed most municipal ...

Parents, teachers struggle to cope with working and schooling their children from home

With Connecticut schools closed beyond April 20 – and possibly for the rest of the school year – parents are finding themselves in the position of having to work from home and also ensure their children are still completing school assignments via distance learning. Rachael Placentino, a Harwinton resident and ...