Guy Benson of Fox News and Mary Katharine Ham of CNN joined the Yankee Institute and 100 guests at the Thomas Hooker tasting room in Hartford on Tuesday to discuss their book, End of Discussion, and the state of free speech in America.

Meanwhile, lawmakers considered House Bill 5589, which would force some nonprofit groups to reveal the names of some of their supporters.

During their hour-long talk with guests, Benson discussed the implications of the bill by recounting the story of Brenden Eich, founder of the internet company Mozilla. It was revealed in 2013 that Eich had donated $1,000 of his personal money to support Proposition 8, which would have defined marriage in California as between a man and a woman. 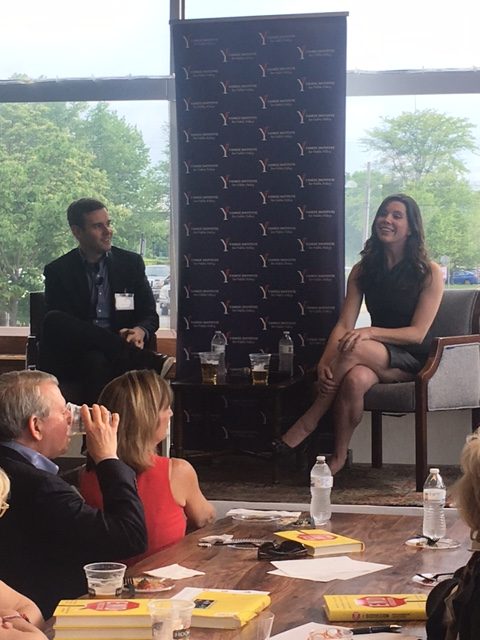 Eich and his company were then besieged by activists who called for his resignation or a public apology. Eich eventually had to step down from Mozilla.

Benson noted that he is gay and disagrees with Eich on the issue of gay marriage, but says that kind of activism has no place in American society and led to his decision to write the book with Ham. “Is it a healthy society to live in – to grow old in – where you can be deprived of your livelihood for transgressing the liberal piety of the day?”

“That episode, I think, plays into the bill that is being debated here in Connecticut,” Benson said. “We have seen the left weaponizing donor lists as a means of finding targets for punishment.”

Benson noted that political donations are already disclosed and public but HB 5589 is targeting “organizations that support ideas.”

Benson and Ham’s book, End of Discussion, highlights the Eich incident and many more like it as the country has become increasingly partisan, activist and, at times, violent in the expression of political ideas.

Because of the politically charged climate, bills such as HB 5589, which threaten to publish the names and addresses of individual donors to certain 501(c) organizations, may have a chilling effect on free speech.

Such concerns were dismissed by Speaker of the House Joe Aresimowicz, D-Berlin, in a press conference on Wednesday. Aresimowicz has made the anti-privacy bill a key part of his agenda for the session. He was joined by Rep. Dan Fox, D-Stamford, and Matthew Ritter, D-Hartford.

The speaker singled out Yankee Institute specifically for criticism. “The Yankee Institute is an advocacy organization. They put themselves out there as some sort of think tank to provide information,” he said. “So if the Institute doesn’t like what we’re passing, that’s too bad.”

The Yankee Institute, a 501(c)(3) organization, has been especially critical of the legislation even though, according to Fox, the legislation would not affect (c)(3) nonprofits.

One reporter asked if the Democratic leadership was “running scared” after nearly losing control of the House in the last election. Aresimowicz denied that such considerations underlay his support for the bill.

In a statement released to the press, Yankee Institute President Carol Platt Liebau rejected the Speaker’s characterization of Yankee Institute and said that “transparency is government, privacy is for people.”

“In an era of intimidation, passing laws that publicize the causes that private citizens support is reckless,” Liebau said. “What’s more, it threatens to chill free speech at a time when Connecticut needs new voices and fresh thinking more than ever.”

The House passed HB 5589 in a vote split down party lines on Thursday. 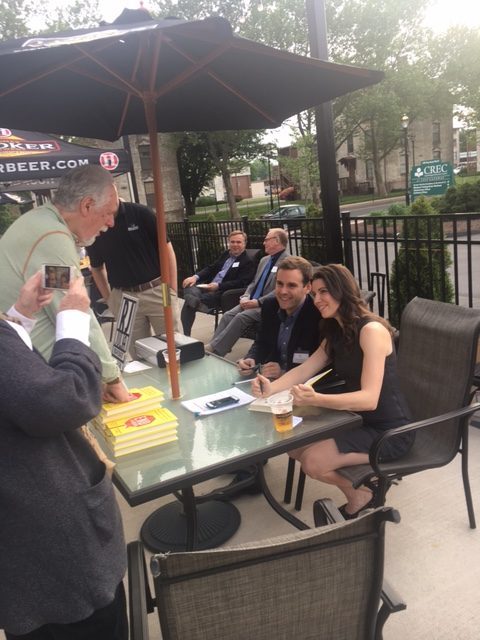 By Marc E. Fitch May 14 , 2021 Good Government, Labor
The Connecticut Department of Transportation released contract provisions for rehabilitation of the north-bound side of the Gold Star Memorial Bridge
Read More

By Marc E. Fitch May 6 , 2021 Good Government, Local/Municipal 2 Comments
The story of Veeder Place -- which begins in 1996 -- almost sounds like the beginning of a joke: A
Read More