The City of Hartford’s Bushnell Park North project, which includes the realignment of Gold Street to create a 20-foot-wide promenade, reached its goal to be “substantially completed” by December 1, although some work on the promenade itself remains to be done.

The repositioning of Gold Street was part of the $25 million Intermodal Triangle project to renovate Union Station, streamline bus transit service on the roads around Bushnell Park, and open up more pedestrian walkways. The project is funded through a $10 million federal transportation grant and an $11 million commitment from the city of Hartford as well. The remaining costs were acquired through several smaller grants.

Brett Broesder, spokesman for the City of Hartford, said that some items will carry over into 2017 “such as minor repairs, veneer on some wall area around Bushnell Park North.” 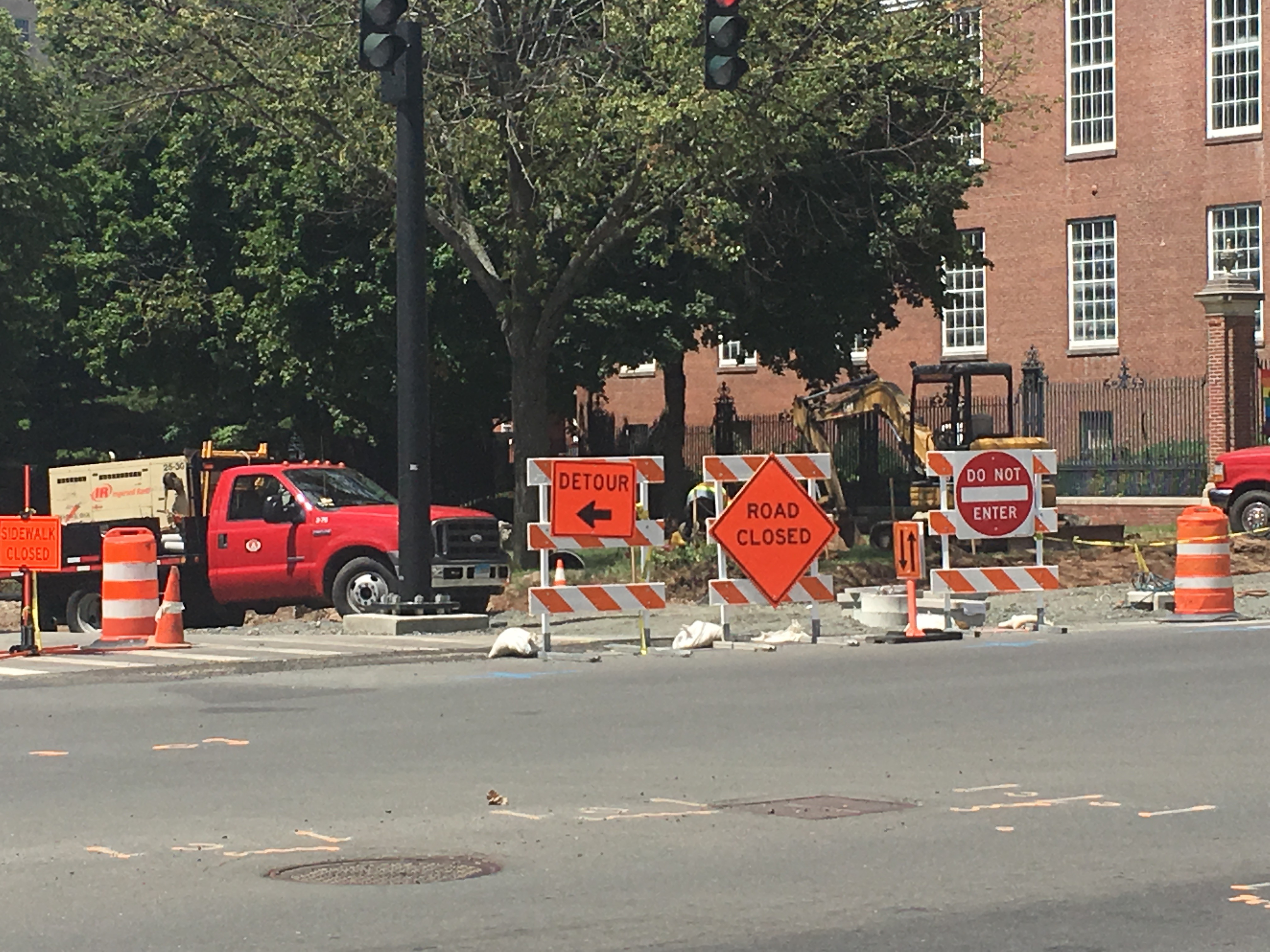 The Gold Street construction faced public opposition in 2014-15 from Center Church and the Bushnell Tower Condominium Association, which sued Hartford’s Planning & Zoning Commission. However, a judge dismissed the case in March of 2015 and construction moved forward.

The construction work on the Intermodal Triangle caused at least one business to move to another location. Italian Restaurant, Vito’s By The Park, had to move from its Trumbull Street location. The owner, Rob Maffucci, said that business had dropped by 50 percent due to the construction in front of the restaurant.

The Intermodal Triangle is part of the larger, pedestrian-oriented iQuilt project, which seeks to improve the city’s “cultural network” and a “more walkable, sustainable and welcoming downtown,” according to iQuilt’s webpage.

Managing director of the iQuilt project, Jacklyn Mandyck, acknowledged in September that Bushnell Park North may require further work in the spring to install benches and plant trees in the promenade. “Substantial completion means that you’ve got cars back on it in the regular way and the majority of it all done.” 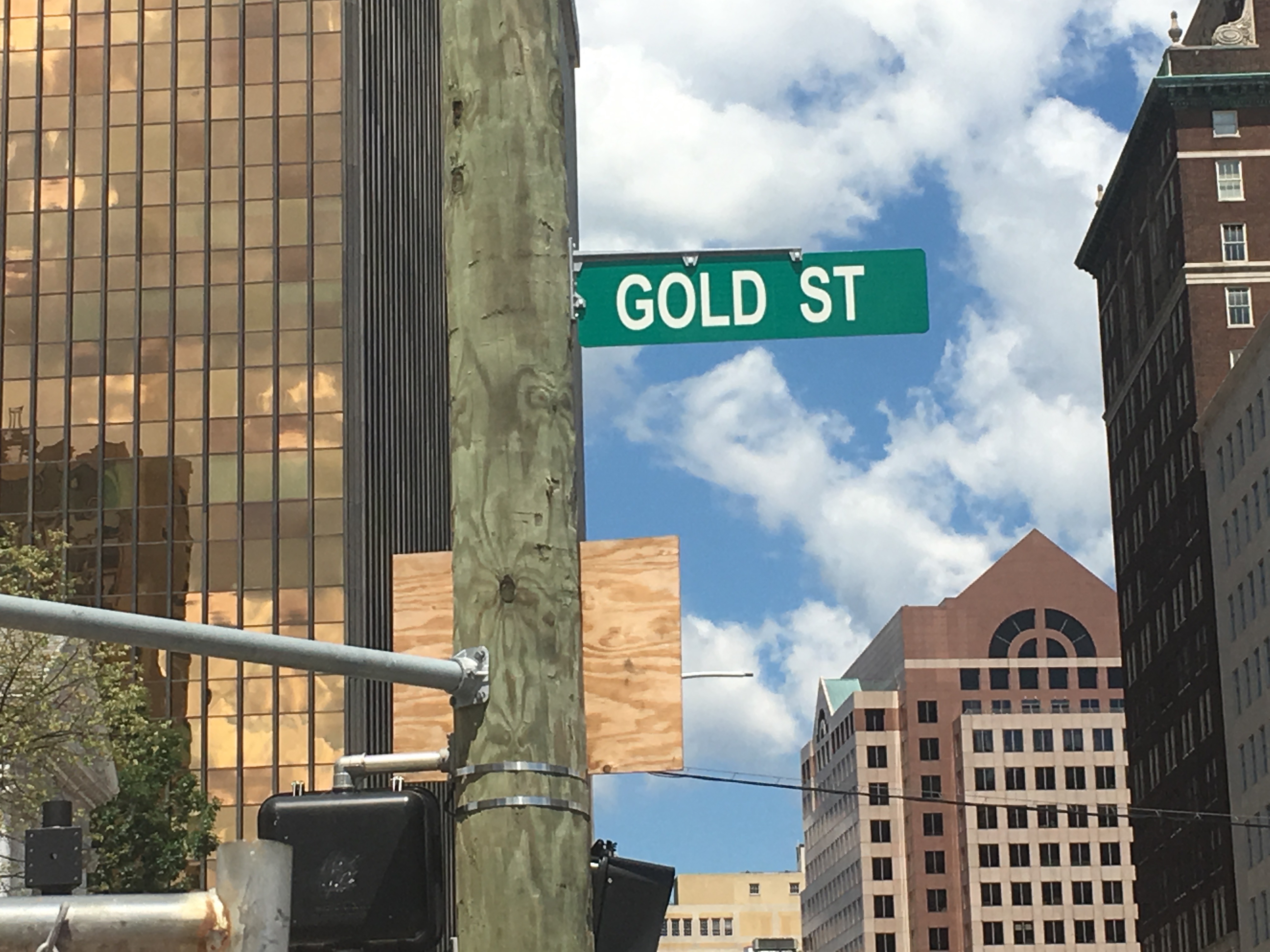 The $11 million commitment made in 2012 by Hartford comes as the city faces looming deficits, talk of bankruptcy and a baseball stadium fiasco. The city’s budget shortfall has increased to $22.6 million.

City projects have contributed to those deficits, including Dunkin’ Donuts Stadium, where the city fired the original developer and construction is months behind schedule. One of the companies involved in the design and construction of the stadium, Freeman Companies, is also part of the iQuilt project.

Freeman Companies was “responsible for integrated site development, engineering design and construction services” in the construction of Dunkin’ Donuts Stadium in Hartford, according to the company’s website.

Michael Looney, director of projects for Hartford and son of Senate President Martin Looney, D-New Haven, is overseeing the Intermodal Triangle project and was also the city’s project director during the construction of Dunkin’ Donuts stadium.

The initial developers of the stadium, DoNo Hartford and Centerplan Construction Co., were terminated by the city in June. The bond insurer, Arch Insurance, is now overseeing the project and has hired Whiting-Turner Contracting Co. to finish the work.

Unlike the stadium, the Gold Street project was completed on time. Work on the larger Intermodal Triangle will continue.

Despite the gloomy financial situation in Hartford, Mandyck remains optimistic that the project can move forward and revitalize Hartford’s downtown. “We still believe in the concept of a walkable city. If you look at the most successful cities, you have a lot of feet on the street, you have people walking.”

“We’re not sure exactly what is next,” she said. “We’re working with some downtown property owners and iQuilt this year is working to try to save Winterfest as one of the key wonderful events that happens in the city of Hartford.”