Connecticut loses jobs for third month in a row

The Connecticut Department of Labor released Thursday job numbers for September showing a loss of 5,200 non-farm jobs in the state.

“Connecticut saw job losses in September for the third month in a row and our three month average of total non-farm jobs saw its first decline this year,” Andy Condon, director of the DOL Office of Research, said in a statement. 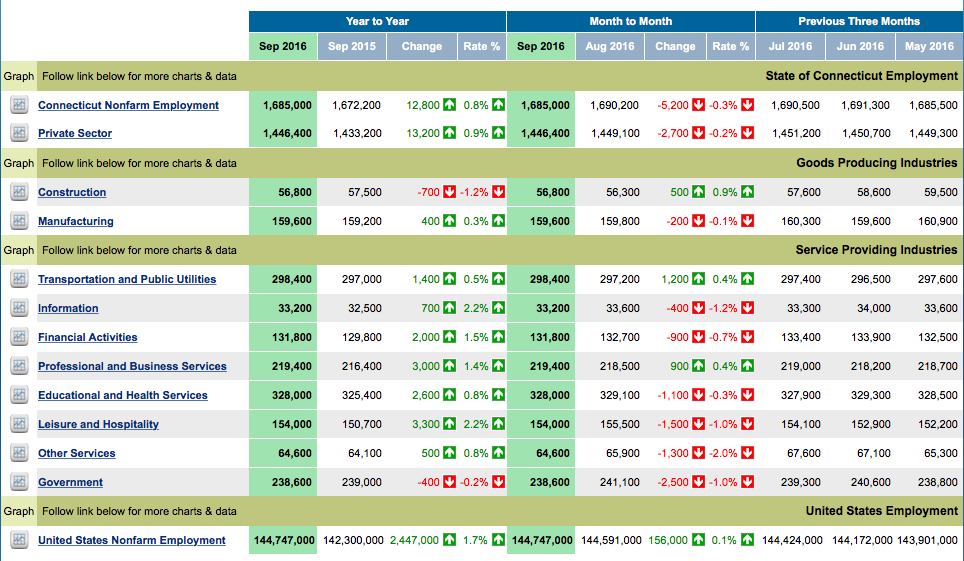 The report also offered revised job numbers in August from a gain of 300 to a loss of 300 jobs.

Initial unemployment claims were up 8.7 percent over September 2015 and up 2.7 percent for the year.

As noted in the report, Connecticut has only recovered 76.2 percent of the jobs lost during the 2008-2009 recession lagging far behind Massachusetts, according to a Commission on Economic Competitiveness report written by the consulting firm McKinsey. Furthermore, the report notes, job gains have largely been in low-wage sectors.

The Bridgeport-Stamford-Norwalk labor market area saw the biggest decline in employment, dropping .3 percent over the course of the month. The New London, New Haven and Hartford area all saw similar declines in job numbers ranging from 500 – 1,200 jobs lost.

Is Connecticut still the richest state in the nation? Barely

By Marc E. Fitch April 2 , 2021 Economy
Connecticut has for many years been labeled the richest state in the nation because of its highest-in-the-nation per capita income,…
Read More