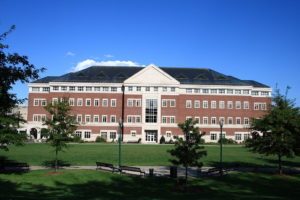 State employees who teach at Connecticut’s colleges and universities won a unique opportunity in 2010: a partial escape from the effects of the Great Recession.

A group of professors filed a grievance as the stock market bottomed, seeking the opportunity to get out of the Alternate Retirement Program. While most state employees receive generous pensions, the ARP is a defined-contribution option much like a 401(k), although still more generous than most private-sector plans.

Employees may choose ARP because they want more control over their own retirement or because they don’t expect to work in state government long enough for a pension to be worthwhile.

The SEBAC ARP Grievance agreement specified that this was a one-time opportunity. However, Connecticut professors are still allowed to switch from the ARP to the state’s pension system because the IRS has not yet ruled the SAG award.

The influx of professors switching plans is straining Connecticut’s university system, which faced a $48 million shortfall in 2015. To date 1,872 university employees have switched to the pension system so far, according to the state comptroller’s office. In 2015 alone, 288 switched over which cost the Connecticut State Colleges and Universities system an extra $9 million.

The 2010 SAG agreement originally provided the deadline of December 31, 2010, to make the switch into a hybrid plan. But a supplemental agreement extended the deadline to 90 days after approval by the IRS. The hybrid plan offers defined benefits identical to the state pension system but requires the employee to contribute 3 percent more of their pay and allows a cash out option.

Those who decided to switch had to buy into the pension. According to a 2011 SEBAC memo, employees who switch would have to pay “every penny” of the full actuarial cost for the transfer based on length of employment and salary. But according to a 2014 actuarial report, the payments were $50 million short.

Tara Downes, spokeswoman for the Comptroller’s office, said employees were allowed to make ten annualized payments to complete the transition. The report is therefore not an “apples to apples” comparison because it did not account for future payments made into the system, Downes said.

Although the stock market bottomed out in 2009, since that time it has soared approximately 260 percent higher than it’s lowest point during the recession.

Connecticut’s pension system remains one of the most underfunded systems in the nation and is one of the main contributions to the state’s continuing budget crisis. To date, SEBAC has indicated they are not willing to negotiate any changes to the current system.