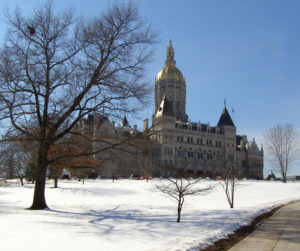 An audit of the State Comptroller’s Office reveals that Connecticut has not been using Generally Accepted Accounting Practice as required by law. By applying GAAP standards, the audit found that Connecticut’s net position is negative $35.3 billion, $22.7 billion further in the red than reported in 2014.

According to the audit, “the increase in the deficit was primarily caused by the reporting of the net pension liability now required by government accounting standards.”

The Teachers Retirement Board overstated fund contributions by $50.2 million. It also overstated investment gains by $83 million.

The Department of Corrections understated contractual obligation by $84.1 million.

The Department of Energy and Environmental Protection understated contractual obligations by $7.4 million and overstated pollution clean up costs by $12.5 million.

While Public Act 11-48 required the state government to use GAAP accounting, the report found that state accounting is not meeting that standard. “Instead, it continues to utilize the modified cash basis of accounting as a compromise to avoid significant operational changes in Core-CT processes. As a result, budgets are not being controlled on a GAAP basis, and monthly reporting on the Core-CT system is not on a GAAP basis.”

The audit repeated its previous year’s recommended that GAAP standards be applied in accordance with state law.