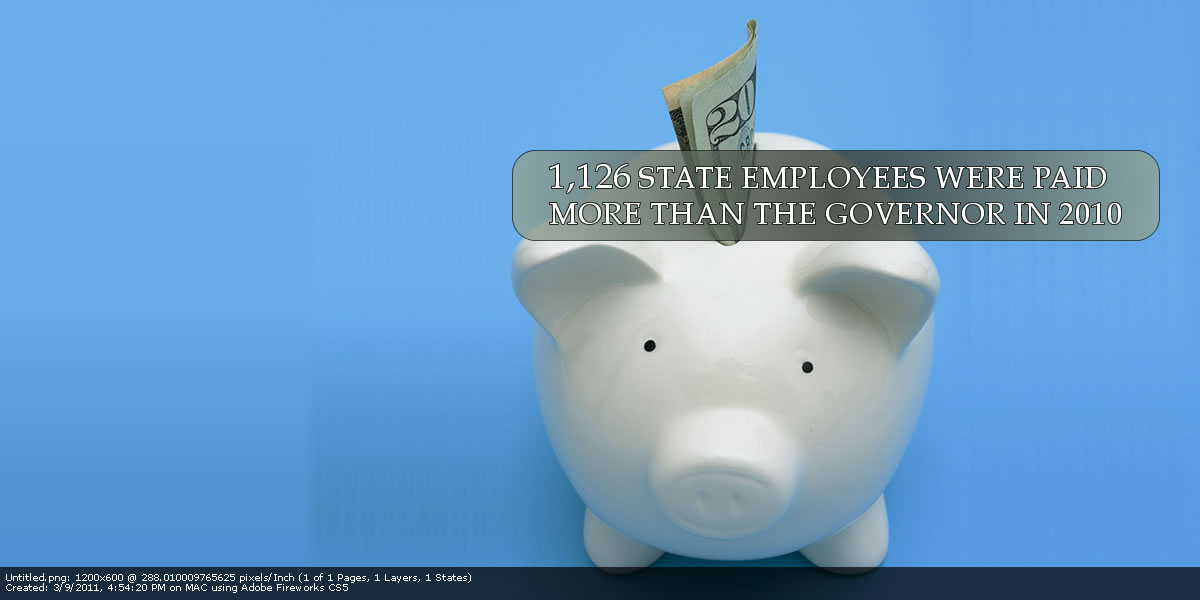 HARTFORD – The Yankee Institute announced that it has posted 2010 payroll data for all state employees at CTSunlight.org. The data shows that 1,126 state employees earned more than the governor’s salary of $150,000 last year.

“This data is especially relevant now, when Gov. Malloy is seeking $1 billion in concessions from state employees and when many states are reassessing state employee head count, wages, and benefits,” said Fergus Cullen, executive director of the Yankee Institute, which compiled the data following a Freedom of Information Act request of the state Comptroller’s Office.

The excerpted list of 1,126 state employees who were paid more than the Governor’s salary of $150,000 is available here (.xls format). Salaries for all state employees are available at CTsunlight.org, which is searchable by name.

“Setting aside the small number of medical professionals at the top of the list, we question whether the state can justify having more than 1,000 employees who are paid more than the governor’s salary of $150,000. The sheer number of such highly paid employees suggests there is room for cuts,” Cullen said.

According to the most recent data available from the Census Bureau, the median household income in Connecticut in 2009 was $64,851.