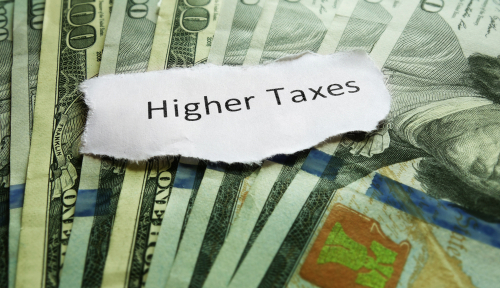 Over the past week, Democratic lawmakers at the state Capitol have introduced a slew of bills aimed at increasing taxes on businesses, property owners and the affluent, as well as hiring additional tax enforcement agents.

The proposed bills were admitted at a time when the state is projecting a $3.1 billion surplus and has a sizeable budget reserve fund in its coffers.

Aptly named “An Act Increasing the Rate of the Corporation Business Tax,” Democrat lawmakers wish to increase the rate from 7.5 percent to 11.5 percent. Meanwhile, Connecticut already has one of the worst business tax climates, ranking 47th in a recent study by the Tax Foundation, an independent tax policy nonprofit.

To make matters worse, lawmakers are also reintroducing a proposal calling for an increase to the capital gains surcharge on the sale or exchange of capital assets and on dividend and interest income; however, instead of 1 or 2 percent — as proposed in previous sessions — lawmakers are seeking an additional 5 percent.

Meanwhile, as if the state has not suffered enough migratory issues, Democrats have also submitted multiple bills establishing  new state-wide property taxes. The first will charge 2 mills on commercial and residential real property with an assessed value of more than $1.5 million, while the second will “establish a state-wide property tax at the rate of 3 mills and reimburse state residents.” Additionally, to make sure more homeowners have to pay their “fair share,” another proposal will increase the assessment rate for property tax from 70 to 75 percent.

These new taxes won’t only impact the wealthy. Apartment buildings and multi-family homes in cities like Hartford are classified as commercial property, making them subject to the legislation if passed. Landlords will have no choice but to increase rent prices making it even harder for lower and middle-class families to find housing. The message being sent is that certain lawmakers don’t care if the poor get poorer as long as the rich don’t get richer.

Another unintended consequence may be to spark another out-migration of Connecticut’s more wealthy residents. As noted in a 2021 study by the Pioneer Institute in Massachusetts, this method of taxing the rich has already been tried and failed for more than a decade (2009, 2011 and 2015), and “triggered an exodus from Connecticut of large employers and wealthy individuals” to less-taxing states.

This exodus has also significantly impacted the state’s budgetary issues. According to data from the Internal Revenue Service, Connecticut has seen a net loss of more than $12 billion in adjusted gross income between 2012 and 2018 due to outmigration. Also, as evidenced in the Pioneer Institute report, 64 percent of that loss came from those earning over $200,000 per year — the highest income level used by the IRS in their migration data.

If Democrat lawmakers wish to spur another exodus, then these proposed bills will surely oblige, thereby dooming those who can’t leave to suffer the consequences. All of which begs the troubling question: what will the extra enforcement agents actually do?