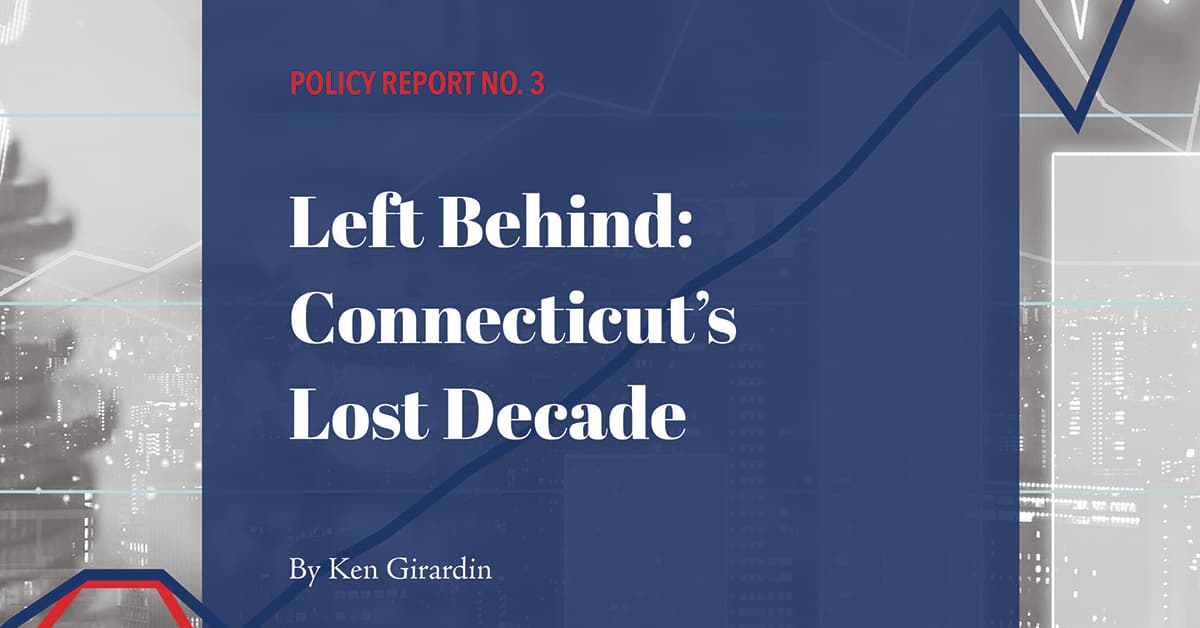 Connecticut is recovering from an economic downturn. But which one?

The state, like the rest of the nation, fell into recession in 2020 as the novel coronavirus—and the governmental response—upended the economy. Two years into the recovery, Connecticut’s growth—in terms of both economic activity and private-sector employment—has trailed the rest of the nation.

This, unfortunately, was predictable: the return to normalcy meant a return to pre-pandemic trends, which for Connecticut was weak and, more recently, nonexistent growth.

For one thing, Connecticut’s annual economic output, as measured in the gross domestic product (GDP), still had not recovered from the Great Recession before being jolted by the pandemic. What’s worse, job creation had essentially stalled, with the state adding no private-sector jobs between 2017 and 2020.

Other metrics show the same problem: the state’s worst-in-the-nation growth in per-capita personal income meant Connecticut lost its title as the country’s wealthiest state. Resident income, measured by the Internal Revenue Service, rose at the nation’s third-slowest rate, and Connecticut also ranked near the bottom for adding income millionaires.

All told, citizens experienced what amounted to Connecticut’s lost decade, missing out on the bulk of a ten-year national economic expansion. It is crucial that policymakers recognize this failure and the causes behind it because so many of the same factors that stifled growth remain unchanged.

The time periods examined reflect an effort to look specifically at times when Connecticut should have been growing — that is to say after the state was at or near the bottom in the Great Recession and before the effects of the SARS-CoV-2 pandemic.

This report does not implicate any individual policy, but it bears remarking that Connecticut has repeatedly ranked poorly among other states on key growth-related indicators, including taxes and energy.

With the U.S. economy again facing major uncertainty and the prospect of another downturn, acknowledging and understanding the pre-existing conditions behind Connecticut’s weak economic performance is crucial. Only by addressing them will Connecticut be able to fully participate in the next economic expansion — and avoid another lost decade.