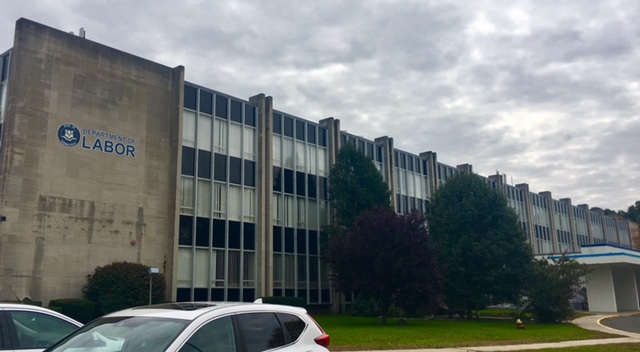 Connecticut ended 2021 with private-sector employment closer to 2020 levels than 2019 levels, a reminder that the state has a long way to go to recover its pandemic-related job losses.

Connecticut’s COVID job loss was more severe than what the country experienced as a whole, and its recovery was generally slower. Connecticut has recovered 76.5 percent of its losses since February 2020, while the national economy has recovered 87.6 percent. 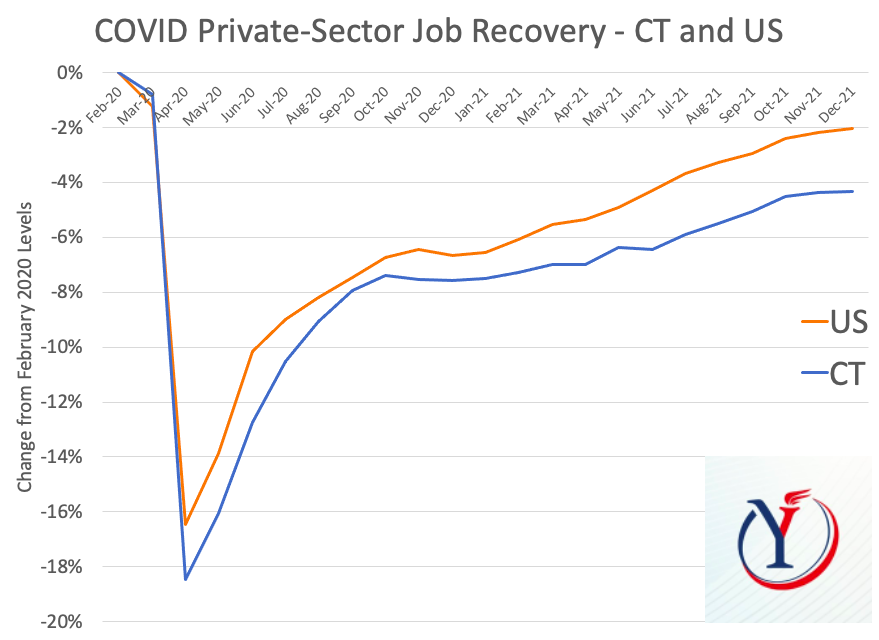 Assuming this year’s rate of private job growth continues, the U.S. economy is on pace to return to February 2020 levels by summer. Connecticut, on the other hand, would not recover before 2023.

These numbers come with an important caveat. The monthly jobs figures are developed mainly using a U.S. Census Bureau phone survey, and subject to revision the following year as other data are collected. One of the more definitive but slower measurements of employment, the Quarterly Census of Employment and Wages, showed more job growth in Connecticut during the first two quarters of 2021. It’s possible several months of 2021 jobs numbers will be revised upward.

The overall trend to watch for in the state’s jobs numbers will be the extent to which things return to “normal,” which for Connecticut would not be ideal. The state added essentially no private-sector jobs between 2017 and 2020 amid a national economic expansion, and the headwinds to growth—Connecticut’s high cost of doing business chief among them—have changed little. 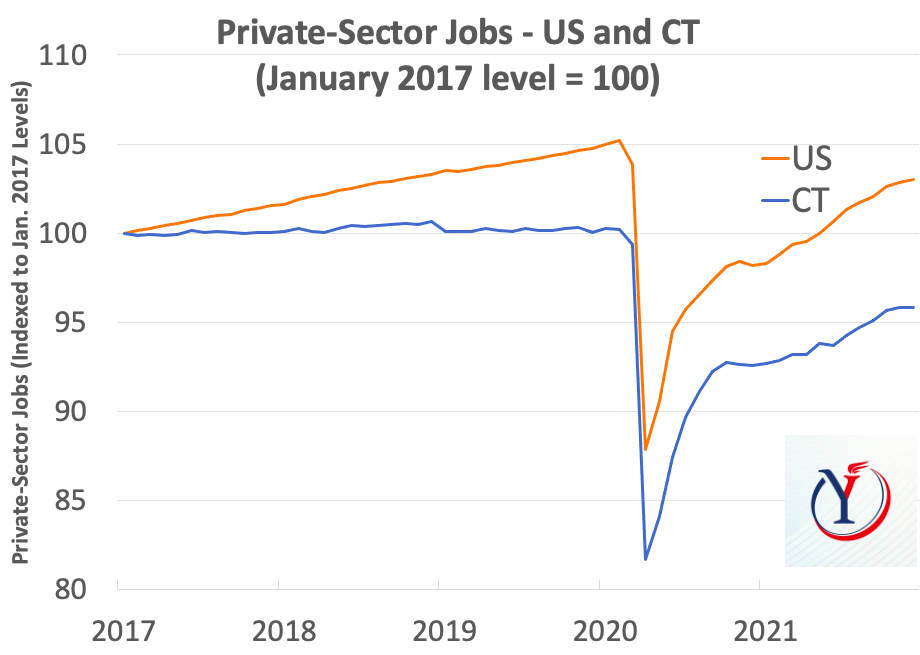 By Yankee Staff January 6, 2022 Uncategorized30 Comments
“The most serious labor shortage Connecticut faces is the lack of senators and representatives willing to do their jobs in
Read More