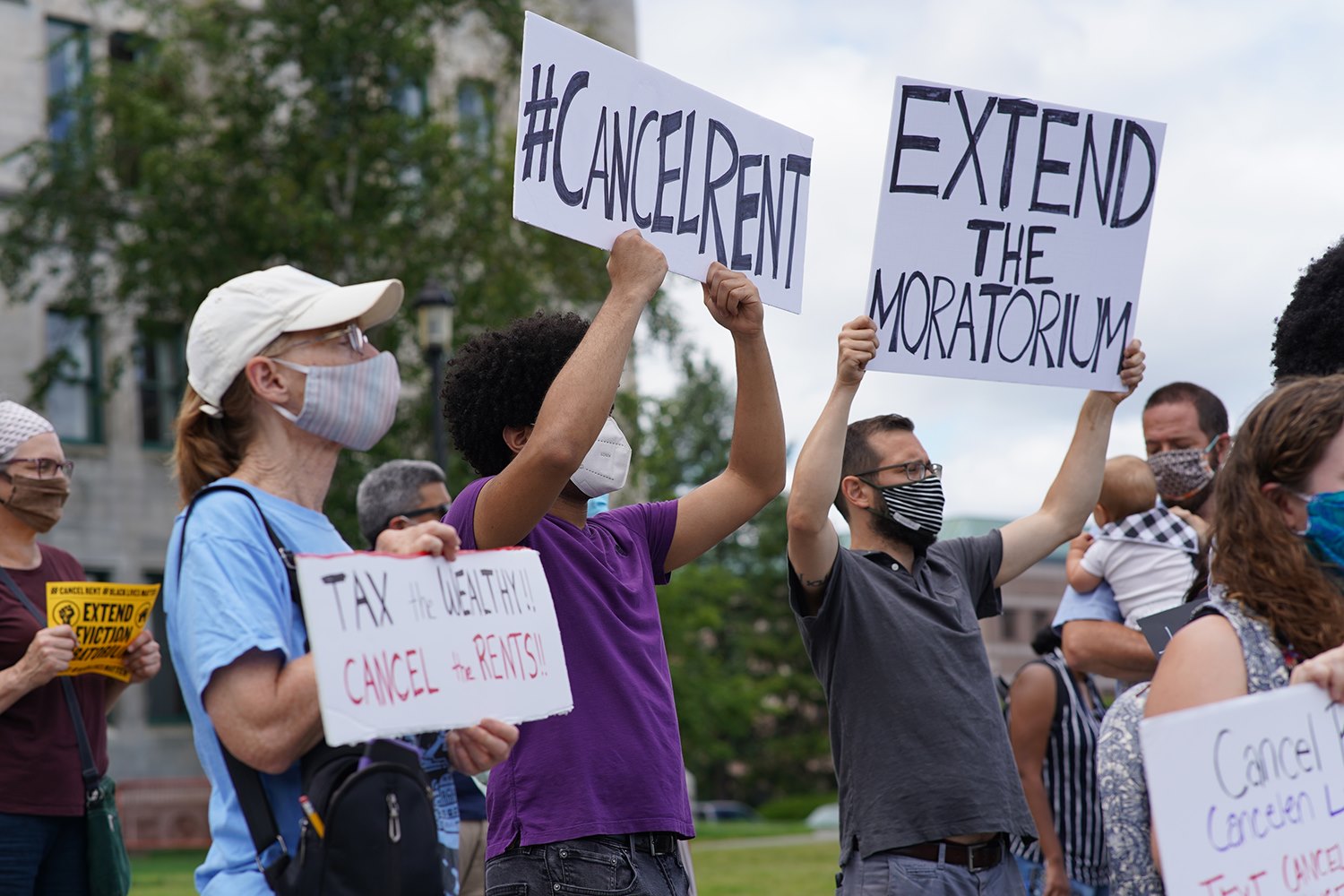 Eviction cases in Hartford and Bridgeport have remained far below historical averages since the Supreme Court overturned the federal eviction moratorium, according to an analysis by Eviction Lab at Princeton University.

Researchers found that in the months following the end of the federal eviction moratorium, eviction filings in Hartford were 40.7 percent below the historical average and in Bridgeport 35.9 percent below average.

It is part of a nationwide trend, according to Eviction Lab, which found that although eviction filings increased following the end of the moratorium, the number of filings remain 50 percent below historical averages for the areas they monitor.

The researchers say the lower eviction cases could be related to federal pandemic relief dollars sent to states to help support people who have fallen behind on rent, combined with other federal programs, such as the child tax credit and expanded unemployment payment, that increased cash flow to households.

While the child tax credit and expanded unemployment benefits have come to an end, states like Connecticut continue to provide rental assistance with federal dollars through its UniteCT program.

To date, UniteCT has dispersed $202 million in rental and utility assistance to residents who earn less than 80 percent of their area’s median income and have fallen behind on either their rent or utility payments.

That assistance has been concentrated in cities like Hartford and Bridgeport – the only two Connecticut cities listed by Eviction Lab. To date, UniteCT has approved $25.1 million in rental and utility assistance in the city of Hartford and $24.3 million in Bridgeport, with thousands of cases pending.

Bob DeCosmo, president of the Connecticut Property Owners Alliance, attributes the slow eviction rate to the UniteCT program and Gov. Ned Lamont’s executive order requiring landlords to apply to UniteCT before issuing a notice to quit and giving renters 30-days notice to repay the money owed.

Furthermore, if a UniteCT application is filed during the eviction process, legal proceedings cease until UniteCT determines eligibility.

“That process can drag out a couple months until they determine whether that’s an acceptance or not,” DeCosmo said. “Because they’ve raised how much UniteCT will cover in back rent, they’re paying off a lot of landlord debt through the program.”

“We could be kicking the can down the road because I’m not sure they’re doing any eligibility tests for the tenant’s ability to pay future rent, but they’re certainly covering a sizeable amount of the arrearage, so they are in fact keeping tenants in housing. Whether it’s a permanent solution or temporary we can’t tell at this point,” DeCosmo said.

The Connecticut Fair Housing Center notes in a blog post that eviction filings have increased in 2021 and that “Connecticut courts have already issued more executions in 2021 (3,179) than in all of 2020 (2,193).”

“The Center believes that many landlords are receiving payment for rent arrearages by UniteCT and then moving to evict their tenants for ‘lapse of time,’” the Center wrote.

Connecticut has thus far only dispersed a little more than half of the $400.1 million in federal dollars dedicated to UniteCT and the program’s website says the program will continue indefinitely until the money runs out.

Lamont’s executive order requiring landlords to apply to UniteCT and give 30 days notice, however, does have an expiration date of February 15 when the governor’s current emergency powers are set to end.

Lamont has already signaled that he is looking for the General Assembly vote on and approve several of his remaining executive orders. He may also seek more limited executive powers, but he has yet to make a formal request to legislative leaders.

By Marc E. Fitch December 21, 2021 EconomyOne Comment
Reports from both lawmakers and real estate agents indicated that during the COVID-19 pandemic of 2020 and 2021, scores of
Read More