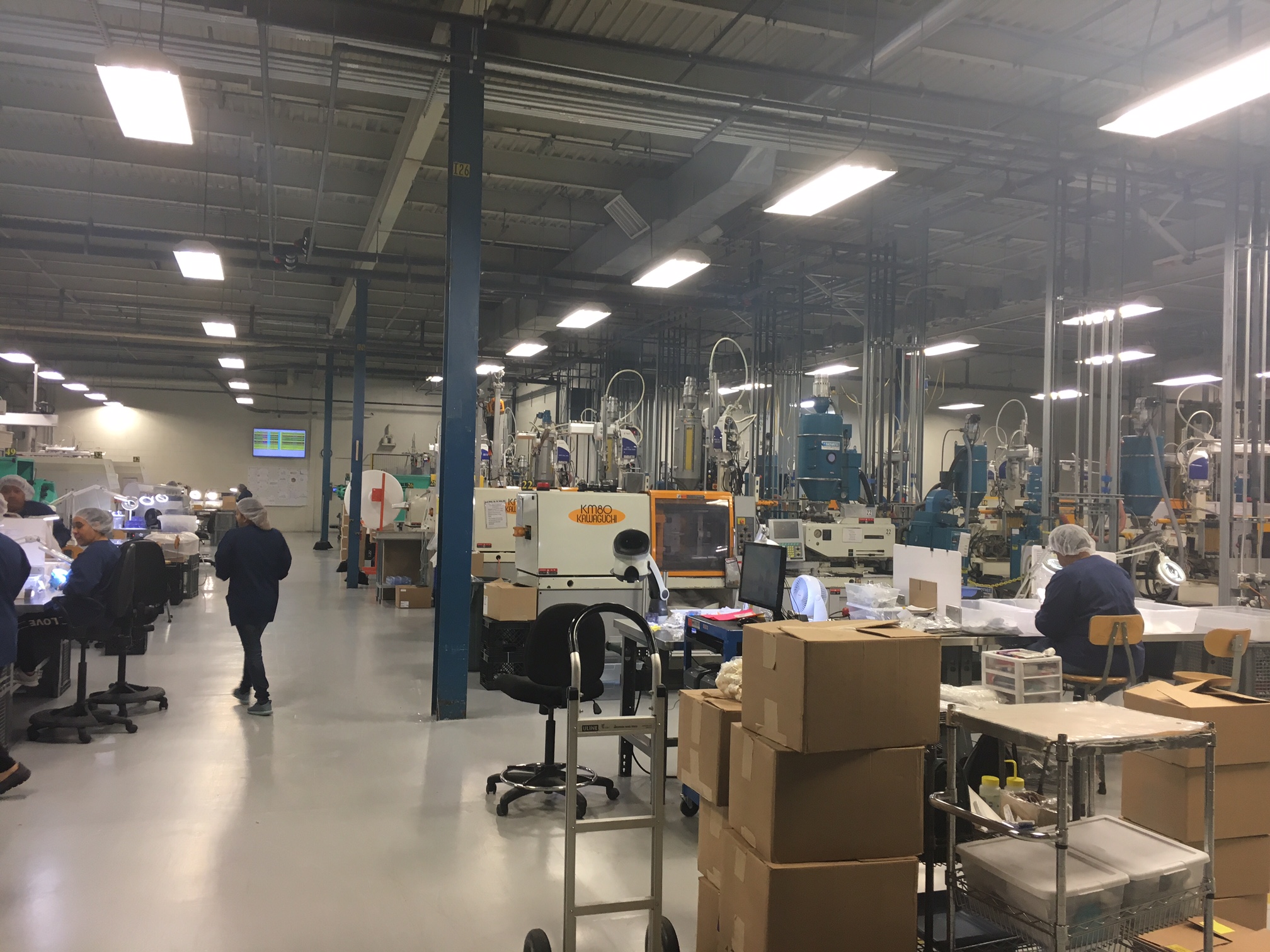 A Waterbury-based manufacturer of plastic medical devices says that for the first time they are having difficulty finding workers to fill the low-skill positions necessary to fulfill their orders and keep the business running.

President of Forum Plastics Mark Polinsky and Controller Jennifer Cory say that while higher-skilled workers have always been in short supply, they now face a shortage of minimum-wage workers they typically found through advertisements and temp agencies in the past.

“It’s been very bad,” Polinsky said. “We’ve had ten, twelve, fifteen positions that we can’t fill, and it has affected our shipments and ability to produce parts.” Typically, Forum Plastics employs roughly 150 people, including 80 full-time and 65 temporary positions.

A shortage of labor both in Connecticut and nationally has been the focus of much debate as COVID-pandemic restrictions recede and businesses find that many workers are slow to return.

Many have blamed the federal government’s continuing unemployment benefits, which total $300 per week, for keeping more people out of the workforce and the labor shortage has forced some of those industries to increase their salaries and benefits offered in order lure people back.

A recent survey by Morning Consult and an article by Axios found that 13.0 percent of those surveyed said the enhanced unemployment benefits were keeping them home. Axios estimated the results translate into 1.8 million people staying out of the workforce because of the unemployment payments. Gov. Ned Lamont opted to continue the federal benefits in Connecticut until they expire in September, even as 26 other states have ended the program early.

The governor, however, also reinstituted the work-search requirement for unemployment recipients and offered a $1,000 sign on bonus using federal pandemic relief funds.

“We saw a little bit of an uptick as a result of [the work requirement], but then we’ve had people come in, work for an hour or two and then just leave,” Polinsky said.

Cory says that new hires from temp agencies will come onto the job site, go through the safety protocols and then when they are shown the work they will be doing, walk out. “We’ve had that happen about five or six times over the past month,” Cory said.

“What I think it is, is that there’s high demand and people are picky,” Polinsky said. “Whereas, in the past, it was people were looking for work and we were able to match a job with a person. Now it’s a lot more difficult.”

But for a company like Forum Plastics, finding minimum wage employees is vital to its competitiveness. Unlike a restaurant, for example, the company cannot simply increase its prices to make up for labor costs, which are already set to rise when Connecticut’s minimum wage increases again in August to $13 per hour.

That’s because, like many manufacturers, they are competing on a global scale against companies based in China, Taiwan or Mexico.

“Most of our arrangements with our customers involve being able to increase prices for material goods,” Polinsky said. “But most of them are not open to price increases for labor because most of our customers are sourcing things from not only around the country but from around the world.”

“Raising our prices every time we have a labor cost increase, or the state has a wage increase, would cause us to be uncompetitive,” Polinsky said.

Cory says that Forum Plastics has increased its shift differential and moved forward early with increasing the minimum wage to $13 per hour ahead of the state’s scheduled wage increase in an effort to attract more workers.

The company has previously said that it might have to move out of state when Connecticut’s minimum wage hits $15 per hour, which is scheduled to occur in June of 2023.

Chief economist for DataCore Partners, LLC Donald Klepper-Smith, who served as chief economic advisor under Gov. M. Jodi Rell, says “there is considerable disagreement within the economics community around the plusses and minuses associated with the unprecedented amount of benefits being provided to the unemployed.”

“My strong belief is that this unprecedented amount of aid – federal, state and local – is creating significant disincentives for workers to return to work, and many firms are struggling as a result,” Klepper-Smith said. “Economic growth will necessarily be affected as well.”

“Common sense says that when you receive more in unemployment benefits than you do during a regular workweek, you undermine economic growth as a result. It’s bad policy and is setting Connecticut up for a nasty situation down the road,” Klepper-Smith said.

While Connecticut has faced some of the slowest job and economic growth in the nation since the 2008 recession – and never fully recovered the jobs lost during that period – the state currently has one of the highest unemployment rates in the country, according to a recent report by Wallethub.

Wallethub found Connecticut’s 7.9 percent unemployment rate was tied for 50th in the country with New Mexico and overall ranked Connecticut 49th out of 51 based on changes in its unemployment between June of 2019 and June of 2021.

“With the expiring benefits, we’re hoping people will have more of a desire or incentive to go back to work. Everything I see, or that has been published, says people are choosing not to go back to work,” Polinsky said. “Hopefully we’ll see that there are more people interested in employment.”

The federal unemployment benefits are set to expire in September.