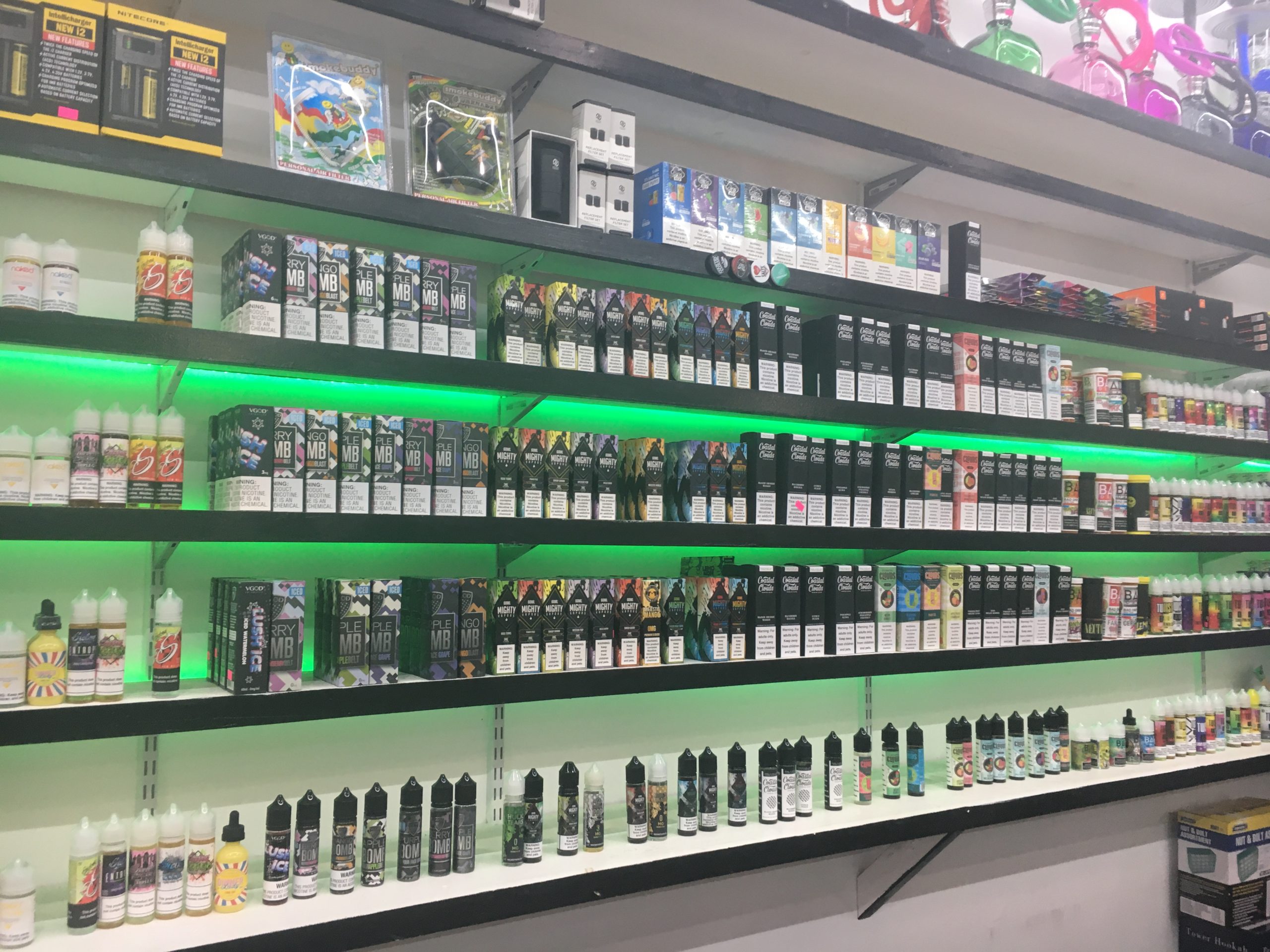 Finance Committee co-chair Sean Scanlon, D-Guilford, said that, as a former smoker, he supports the bill to prevent children from becoming addicted to nicotine through flavored vaping products.

“I believe we should be doing everything we can to make sure that other young people in Connecticut make the same mistake that I and other young people made by getting hooked on these products,” Scanlon said. “I think there is evidence mounting that shows that flavors like cotton candy and things of that nature that are enticing-sounding certainly do make them more attractive to young people.”

“It’s obvious to me that some of the flavors, the names that I’m seeing, are clearly an attempt to try to get young people hooked on these products,” said Sen. Jorge Cabrera, D-Hamden.

Nick Friscia, owner of Voltage Vape Shop in Enfield, says if the ban passes it will “ruin my business and I’d likely have to close my doors.”

Friscia and his partner closed their Voltage Vape shop location in Agawam, Massachusetts and kept their Enfield location following the Massaschusetts ban.

Friscia was not the only vape shop owner to ditch Massachusetts for Connecticut following the ban. Bay State Vapors closed shop in Auburn, Massachusetts and relocated to Quinebaug, Connecticut after owner Tony Branczyk said the flavor ban and excise tax on vaping products “hurt too much,” according to an interview with Spectrum News 1.

“As many small business owners know, it is never easy to establish yourself and let alone stay in business, especially after a worldwide pandemic which has taken a toll on all businesses,” said Ryan Damico, owner of The Vape Shop in Middletown. “The new proposals the state legislators have passed through the Joint Committee on Finance, Revenue, and Bonding is just another challenge we must now face.”

But some lawmakers opposed the measure, citing the push toward legalizing marijuana – which comes in the form of candy and flavored vapes, as well – and the prevalence of alcohol with similar flavors like cotton candy flavored vodka.

“I would like to remind everyone on this committee of their comments, of their concern for the health of our youth when they’re voting on legalizing retail marijuana, because we are talking about releasing a substance that according to CDC guidelines addicts 1 in 6 of the people under 18 who use it,” said Rep. Holly Cheeseman, R-East Lyme, who said she was still voting in favor of the vaping bill.

“I don’t think you can be consistent to outlaw vapes and legalize retail marijuana,” Cheeseman said.

“I really think this change misses the mark as to what we’re trying to as a legislature, which is to improve public health,” Rep. Devin Carney, R-Old Lyme, said, also noting that the legislature is looking to legalize marijuana. “When you start selling products that come along with marijuana, like gummies or brownies – things like that – we’re going to run into a similar problem.”

Data from the Connecticut Department of Health shows that youth smoking has declined from 25.6 percent in 2000 to 3.5 percent in 2019. The decline coincided with a sharp increase in vaping staring in 2011, with youth vaping rising from 2.4 percent to 14.7 percent.

Rep. Tammy Nuccio, R-Tolland, asked if there was any data from Massachusetts or New York showing the bans had any measurable effect on youth vaping. Scanlon said they don’t have that information at this time but will try to find out.

Damico, echoed the statements of lawmakers regarding flavored alcohol and legalized marijuana. “There are also hundreds of differently flavored seltzers, beers, wines, vodkas, whiskeys, spritzers at all local liquor stores across the nation. There are different kinds of differently flavored cigars and cigarillos in many ‘child appealing’ flavors as well. It is also discouraging to see us take criticism for appealing to children while we discuss the legalization of adult use cannabis in the State of Connecticut, which is something just as appealing, if not more, to teens and underage users, than alcohol,” Damico said.

Joseph Green, manager of Cobra Vape and Smoke Shop in New Britain says that roughly 40 percent of their business is tied to flavored vaping products. “As far as the business goes, the ban would suck,” Green said.

“I want them to have more consciousness about it,” Green said. “Because vaping stops a lot of people from smoking cigarettes. I don’t smoke half a pack every day anymore.”

“I just think it’s silly,” Green said, noting that the Food and Drug Administration has begun this year to approve every new flavor put out by vaping companies through the Pre-Market Tobacco Application. “The FDA approved all these companies, all these things we have on our shelf, but then Connecticut is going to say no?”

Green says that although he asks for identification for purchases, and occasionally has to deny people, the state should have started with identification scanners. “They say [vaping] is so harmful to people, yet people drink and drive and kill people every night,” Green said.

Gov. Ned Lamont also included a ban on flavored vaping products and legalizing marijuana for recreational use in his budget proposal.

However, Green says that he’s less worried about closing the store if flavored vapes are banned because, as of now, they can still sell flavored tobacco. “And if they legalize marijuana, well, that’s the other half of the store,” Green said.

The FDA announced last week that it was moving to ban all flavored tobacco products, with an emphasis on menthol cigarettes.

“These flavor standards would reduce cigarette and cigar initiation and use, reduce health disparities, and promote health equity by addressing a significant and disparate source of harm. Taken together, these policies will help save lives and improve the public health of our country as we confront the leading cause of preventable disease and death,” said Mitch Zeller, J.D., director of the FDA’s Center for Tobacco Products.