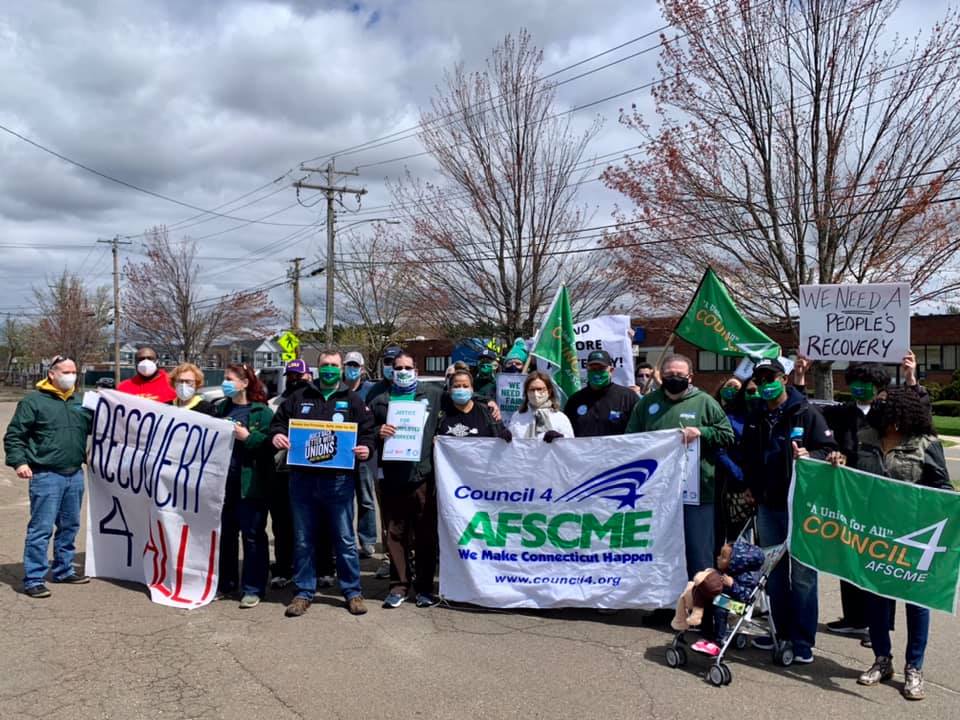 One of Connecticut’s largest and most influential public sector unions took $245,951 in COVID-related tax credits meant to bolster businesses and organizations that were either forced to close during the pandemic or saw at least a 50 percent decrease in receipts in 2020.

According to the Internal Revenue Service, employers are eligible for the tax credit if they experienced either “the full or partial suspension of the operation of their trade or business” due to government orders “limiting commerce, travel or group meetings due to COVID-19” or experienced a “significant decline in gross receipts.”

Although hundreds of thousands of Connecticut workers were laid off due to the pandemic shut-down, state and municipal employees continued to work – either on the job or at home – throughout the course of 2020, and so union dues money continued to flow in for AFSCME and other public sector unions.

According to the union’s federal filing, Council 4 saw a $5 million increase in receipts over the course of 2020 and employee pay increased by $1 million from 2019, according to the LM2 report.

AFSCME took in $25.7 million in total receipts in 2019, including $8.9 million in dues, known as the “per capita tax” and paid out $4.4 million in net disbursements to employees.

Union membership remained the same between the two years, as did the number of employees listed on the report.

According to the IRS, an employer with fewer than 100 employees could take up to $10,000 per employee, including salary and benefit costs, “paid to any employee during the period operations were suspended or the period of the decline in gross receipts, regardless of whether or not its employees are providing services.”

Although businesses such as restaurants and entertainment venues were forced to fully close during the pandemic, many business offices continued to operate, with employees working from home or on a staggered office schedule.

According to a notice by Council 4 Executive Director Jody Barr, Council 4 closed its office on March 17, 2020 when Gov. Ned Lamont issued his stay-at-home orders. “Our staff will work remotely and will continue to service our members,” Barr said in the statement.

The union also cancelled its annual convention usually held in April, which cost more than $86,000 in 2019.

Headquarters reopened on a limited basis in May of 2020 and then closed again in late December 2020, according to website updates.

Other state unions like SEIU 1199, the Connecticut chapter of the American Federation of Teachers and the Connecticut State Employees Union 2001 did not list the employee retention tax credit in their annual reports.

Some companies and organizations have been criticized for taking advantage of federal COVID relief funds meant for small businesses — whether tax credits or paycheck protection loans — when they haven’t needed them or were actually large, publicly traded companies.

Outcry in both the media and public resulted in some of those small business loans being returned by companies like Shake Shack or the Los Angeles Lakers basketball team.

AFSCME Council 4, along with several other public-sector unions, have thrown their political weight behind advocating for increasing tax rates on the wealthy in order to implement more hiring and more services in state government and rejecting what they call an “austerity budget” put forward by Gov. Ned Lamont.

AFSCME Council 4 did not return a request for comment for this article.