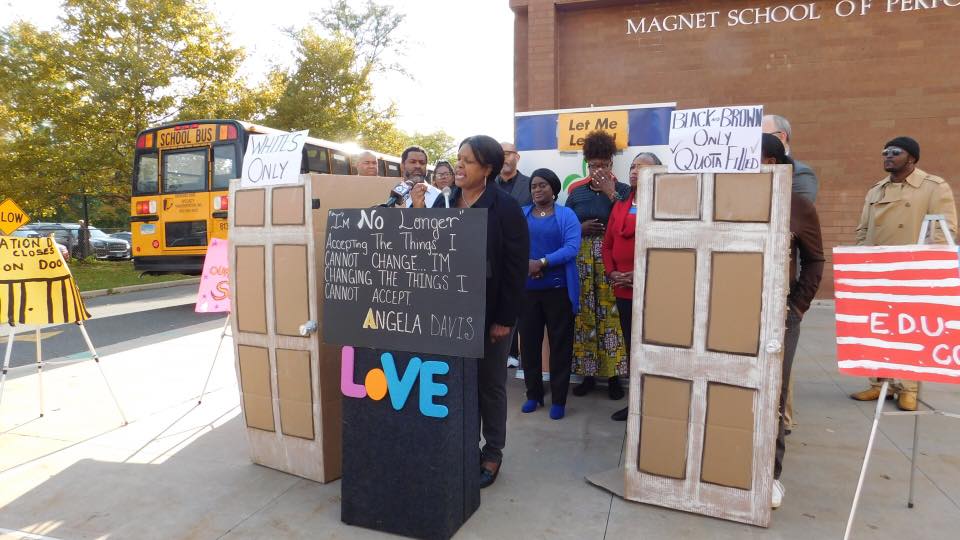 Former Connecticut Education Commissioner Miguel Cardona, who was recently made U.S. Secretary of Education, is named in a lawsuit appeal brought by the Connecticut Parents Union in the Second Circuit Court of Appeals over the use of racial quotas in Connecticut’s inter-district magnet schools.

According to The Pacific Legal Foundation, which is representing CT Parents Union, “Since the Parents Union’s established organizational interests include supporting the rights of students to be free from racial discrimination, the Parents Union must spend resources helping to counteract and oppose the statewide racial quota if it is to continue to advance its mission.”

The appeal stems from a pair of lawsuits focused on Connecticut’s magnet schools where a diversity quota was maintained as a means to ensure schools weren’t racially isolated, a response to the 1996 Sheff v. O’Neil ruling that said even unintended racial segregation in Hartford’s public schools was unconstitutional.

The racial standards – known as “reduced isolation standards” — for inter-district magnet schools had been part of state statute since 2005, according to court filings.

However, in 2017 former Connecticut Education Commissioner Diana Wentzell issued a memorandum indicating the Education Department would impose a financial penalty against a school for failure to meet those standards.

Pacific Legal Foundation cites the closure of Dr. Cortlandt V.R. Creed Health & Sports Sciences High School, an inter-district magnet school in New Haven, after it was threatened with $100,000 fine by the state for failure to maintain the racial quota.

In 2018, a group of Hartford parents filed suit against the diversity standards, saying their children were being kept out of better-performing magnet schools based on their race.

The case, Robinson v. Wentzell, was resolved and the lawsuit withdrawn in early 2020, when state officials announced Connecticut would no longer use race as the determining factor for magnet school lottery applicants and instead use socio-economic determinations, including the education experience of the child’s parents beginning in 2022.

However, according to Pacific Legal, the elimination of the racial quotas only applied to Hartford-area schools, leaving the quota in place for the rest of magnet schools in Connecticut.

“We are using race as an excuse to educate some and discriminate against others,” Samuel said.

Connecticut Attorney General William Tong, however, argues the case is moot because Cardona issued a new memorandum in August of 2020 removing the financial penalty if inter-district magnet schools did not maintain the racial isolation standards. The new memorandum was issued after CT Parents Union filed their appeal.

“Without a penalty imposed by the State of Connecticut, there is no longer any state action allegedly violating the Constitution and subject to perspective relief,” Tong wrote.

But CT Parents Union maintains that because the statute remains in place, the law is still violating parents’ rights to equal protection under the Constitution.

“To begin, the memorandum makes clear that the racial quota remains in force, and Connecticut magnet schools are obligated to abide it,” attorneys for CT Parents Union argued. “Schools still must ‘be operating pursuant to an approved compliance plan’ designed to ensure the ‘reduced isolation standards’ are followed.”

Samuel, a resident of Meriden where Cardona previously worked as assistant superintendent, says she has worked with and likes Cardona and hopes he will pay attention to this issue as secretary of education.