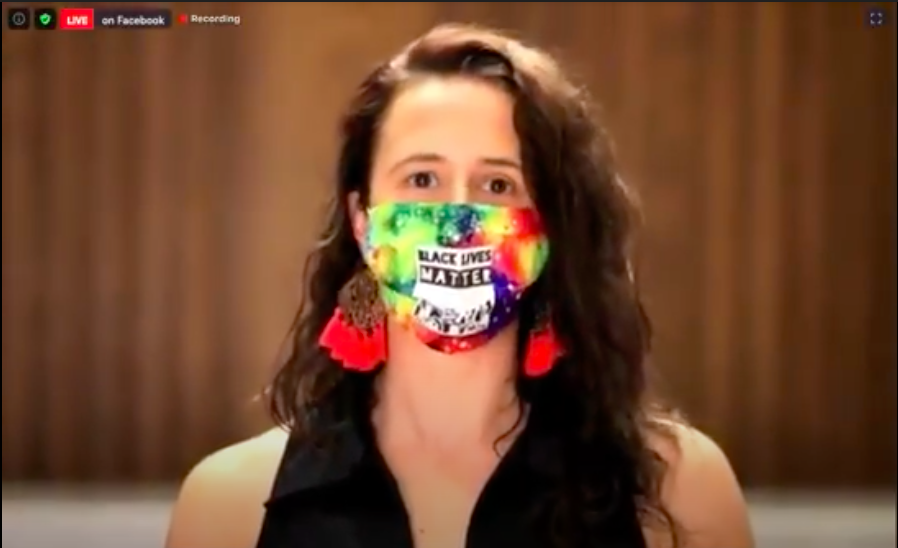 The event was held online due to the pandemic.

Rep. Robyn Porter, D-New Haven, presented Baril his award from Atlanta where she said she was door-knocking for Georgia Senate candidate Raphael Warnock.

Baril, whose union represents 25,000 workers in the healthcare field, said that 2020 was “awful” but the year did present hope through the resurgence of the Black Lives Matter movement and the 2020 presidential election.

“2020 has just been an awful year,” Baril said. “From police killings to the pandemic to the economy, we’ve just seen a tremendous amount of suffering; we’ve seen callous indifference from elected leaders and folks who are elected and put into position to help people who too many times turn a blind eye.”

Baril referenced the loss of some of his members who contracted the COVID-19 virus and passed away, and the failures to protect staff and residents at nursing homes during the pandemic. “We know they have not been valued as they deserve,” Baril said.

Hochadel, who said that she was currently in quarantine, was presented with the award by Shellye Davis, co-president of the Hartford Federation of Paraprofessionals.

In her remarks, Hochadel called for an end to for-profit healthcare, taxing nonprofits with large endowments and raising taxes on corporations to avoid an “austerity budget” in the upcoming session.

“How about instead we have those large non-profits with huge endowments pay their fair share of taxes instead?” Hochadel said, perhaps referencing Yale University, which has come under fire from New Haven government officials in the past.

“How about we ask those corporations that are sucking money away in offshore bank accounts to pay their fair share of taxes? How about asking for progressive tax structure to return to a level we haven’t seen in decades so that the lowest paid workers are keeping the economy of Connecticut going?” Hochadel continued.

The Connecticut AFT represents 15,000 state and municipal employees throughout Connecticut.

The Connecticut Communist Party is based in New Haven and run by Joelle Fishman.

“We invite you to join the Communist Party in this epic time as we organize, organize, organize to uproot systemic racism, retool the war economy, tax the rich, address climate change, secure voting rights and create a new socialist system that always puts people and planet before profits,” said Lisa Bergman, co-host of the awards ceremony.