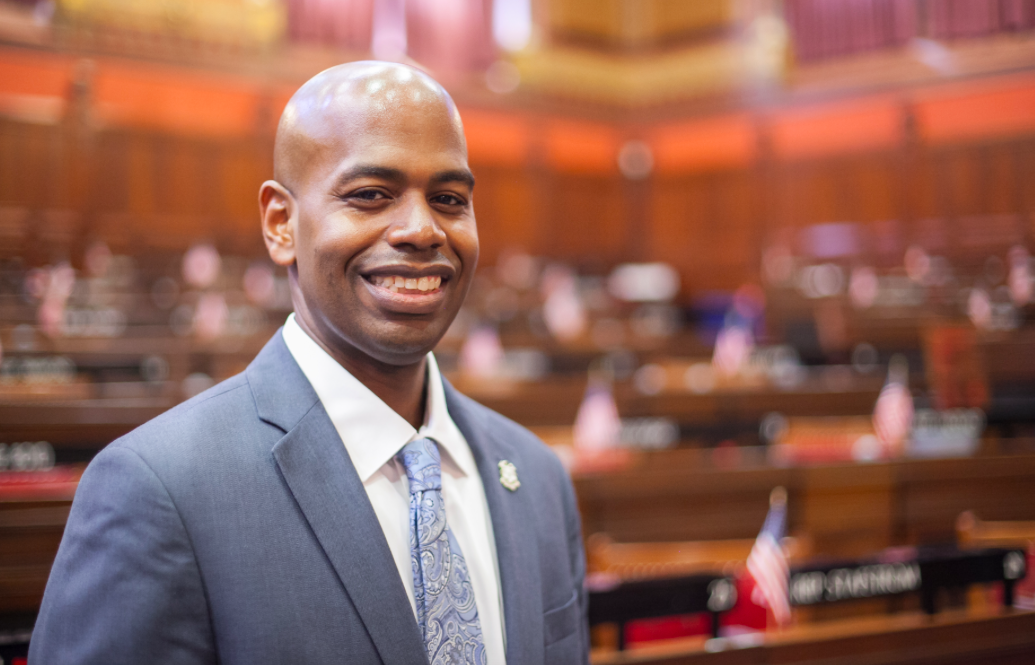 State Rep. Joshua Hall, D-Hartford, was defeated in his election bid to take over as president of the Hartford Federation of Teachers, according to a vote tally released by the HFT.

Gale’s Hartford Teachers Together slate took every position up for a vote, according to HFT’s official election results, signaling an apparent desire for change following Johnson’s retirement.

Gale will be taking the helm of the Hartford’s teachers’ union in July.

Hall, a teacher in Hartford’s Weaver High School who had been working full-time for the union since 2008, may now have to return to the classroom.

Although he hadn’t been working as a classroom teacher since 2008, Hall retained his salary, salary increases, benefits and seniority in the Hartford public school system under the union contract’s detached service leave provision.

Up to three teachers who serve as officers for the union are eligible for detached leave every year.

Union employees on detached service leave are not paid their salary by the Hartford Board of Education, however the BOE must continue to pay the employer portion of their healthcare benefits, according to the 2017 – 2019 contract.

Hall serves as vice-chairman of the Labor and Public Employees committee in the Connecticut State Legislature and won his seat on a Working Families Party ticket during a 2017 special election.

The Hartford Teachers Union, which consists of 1,900 members, renegotiated a new contract with the Hartford BOE in 2019, gaining a 6.39 percent pay raise over three years but also switching teachers over to a high-deductible healthcare plan, according to the Hartford Courant.

The union had also been waging a court battle with its own administrators’ union over contractual retirement benefits. The HFT had lost its appeal to the State Labor Relations Board and took the matter to court.

The election was conducted by mail in vote and the votes had to be mailed in by April 8. The results were tabulated by the American Arbitration Association and took some time due to the COVID-19 pandemic.