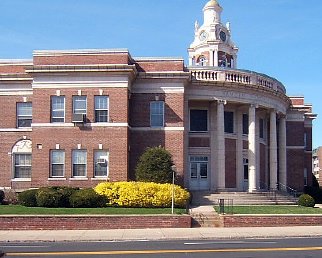 In an email to his constituents on Wednesday, Rep. Josh Elliott, D-Hamden, wrote “there will necessarily be a combination of property tax increases or loss of services,” in Hamden, which has been struggling under crushing debt and unfunded pension liabilities for well over a decade.

Elliott’s email includes a lengthy summary of Hamden’s fiscal problems written by Christian McNamara, Senior Editor and Director of the New Bagehot Project at the Yale Program on Financial Stability and a resident of Hamden.

In the email, McNamara called Hamden Mayor Curt Leng’s budget “profoundly unserious,” and said the town mill rate will have to be raised between 6 percent and 10 percent to meet projected expenses.

Mayor Leng’s budget included only a 2 percent mill rate increase and projected “record high revenue in a number of non-tax categories,” including donations from Quinnipiac University and $6 million in anticipated COVID-19 relief funds, according to McNamara.

“We began the fiscal year with less than $2M in the general fund and are anticipating a deficit of $8 million to $12 million,” McNamara wrote. “In past years we’ve avoided negative fund balances by using money borrowed for other purposes to cover the shortfall. It would appear we’ve run out of the ability to do so.”

“We need to start having some very difficult conversations about state intervention, Chapter 9 bankruptcy,” McNamara wrote.

A 2018 study by the Yankee Institute found that Hamden was most fiscally stressed municipality in Connecticut, worse off than Hartford, which had narrowly escaped bankruptcy when the state of Connecticut took over payment of the city’s debt.

The town’s history of borrowing money to pay pension obligations has resulted in rising costs, necessitating tax increases, and Hamden’s bond rating is approaching “junk” status. Moody’s Investors Service lowered the town’s bond rating in 2019 to Baa3 and its outlook was negative.

McNamara noted the town of 60,000 people faces $22.2 million in debt service and plans to borrow more money to pay off a $18.5 million bond anticipation note to Webster Bank.

“However, as the town’s own financial advisor acknowledged on Saturday, there is very real doubt about whether we will be able to issue bonds given the town’s terrible bond rating and conditions in the market,” McNamara wrote.

We need to start having some very difficult conversations about state intervention, Chapter 9 bankruptcy, etc. If the town cannot be run on the amount of money we have available to us without crippling tax increases, then more serious financial intervention is clearly required.

Christian McNamara, Senior Editor and Director of the New Bagehot Project at the Yale Program on Financial Stability

According to Hamden’s latest pension audit in 2017, the pension fund was only 36 percent funded, bolstered on a $125 million pension obligation bond the town took out in 2015. However, Hamden has continued to pay less than 80 percent of the annual required contribution of $21.9 million.

The town was also failing to meet its 7 percent assumed rate of return on its pension investments.

Given the market downturn this year due to the COVID-19 pandemic, states and municipalities across the country are bracing for negative investment returns, which will add to Hamden’s fiscal problems.

McNamara gave a presentation on Hamden’s dire fiscal outlook earlier in the year during a community discussion, including charts and graphs showing expenses far outpacing revenue by 2022.

Hamden currently has the sixth highest mill rate in the state at 48.86 mills. An increase of 6 percent to roughly 52 mills would bump the town up fourth among high tax municipalities, coming in just below Bridgeport.

McNamara warned a second tax hike mid-year to 54 mills might be necessary if $6 million in COVID-19 relief funding does not materialize.

McNamara implored Hamden’s Legislative Council to impose across the board cuts to keep the mill rate below 50. Barring that, he suggests submitting the town to the state Municipal Accountability Review Board.

The MARB can assume different levels of control over a town’s finances. Currently, municipalities like Hartford, Sprague and West Haven are operating under MARB’s.

I think doing whatever we can do to not be under state control should be a priority. It’s going to hurt people if we have a tax increase.

“I think doing whatever we can do to not be under state control should be a priority,” Rep. Elliott said in an interview. “It’s going to hurt people if we have a tax increase.”

Elliott said himself and Representatives Robyn Porter and Michael D’Agostino do everything they can to bring back bonding money and Education Cost Sharing money from the state to help support Hamden, but they are competing with 168 other municipalities.

Elliott said there are only a few ways to solve the problem and that includes either revenue increases, spending cuts or streamlining the town government.

“It must be solved at the town level,” Elliott said. “The biggest problem is that we’ve had no transparency, no clarity and no plan from the mayor.”

“We’ve been underfunded for a long time. It can’t be fixed magically,” Elliott said.

In his email, Elliott said he sent out McNamara’s comments so that his constituents would understand the fiscal issues facing their town.