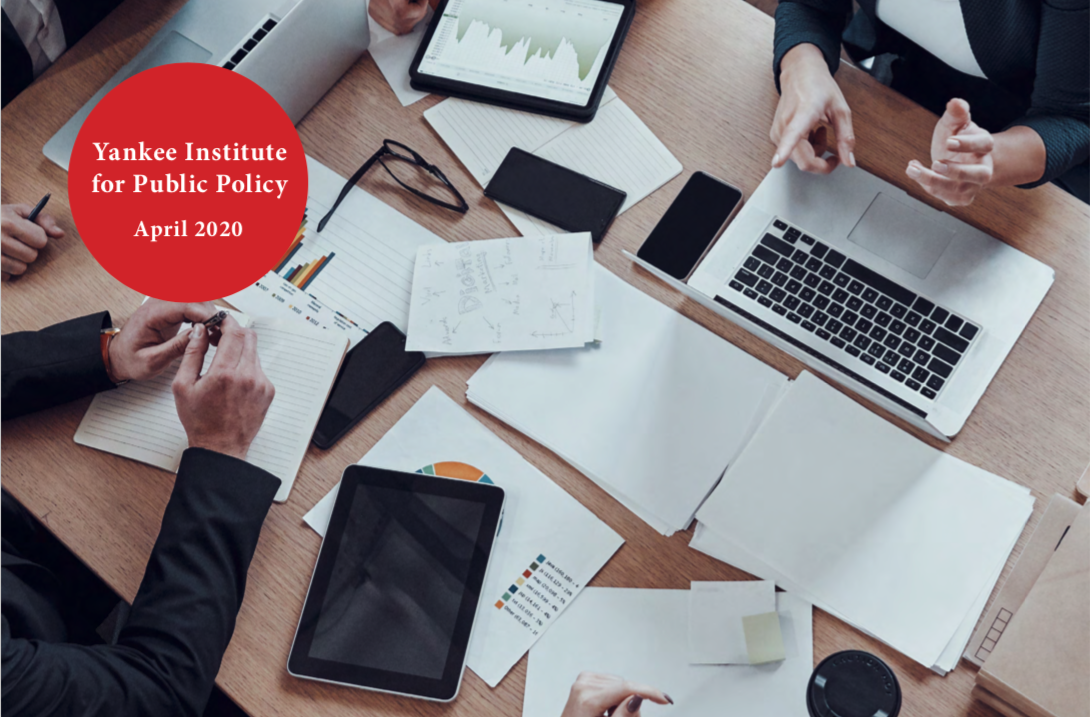 Download PDF
We all look forward to the time when the health threats related to COVID-19 have passed, but the potential and certain economic effects of the virus pose a significant risk to the people of Connecticut. The time to plan for how to address these effects is now.

To get on the path to restored economic strength, Connecticut lawmakers should take an approach that will:

To that end, Yankee Institute is offering the following ideas to help put the state on the road to economic recovery.

While the state is still in a daunting health crisis, there are steps that can be taken now to ease the eventual reopening of the state’s economy. It is also imperative the state continue to adapt in order to provide students the best possible education under the current circumstances.

The time to plan for repairing Connecticut’s economy and coming fiscal problems is now. Connecticut’s economy was struggling before the crisis, so it will be necessary to take strong actions to get the state back on a positive path. Although the COVID-19 crisis is unique, we are not without guidance: businesses have adapted and innovated during this crisis in order to continue operations or stay afloat during the massive economic downturn. Within a short time, businesses moved to adapt to the COVID-19 environment by developing new protocols, forms of collaboration and business plans. Connecticut’s government must likewise adapt, innovate and reform to ensure the state’s economy can recover as quickly as possible following the pandemic. The following suggestions will help boost economic recovery as the state gradually reopens. Connecticut must also fix long-standing fiscal problems to ensure taxpayers and businesses are not further burdened by increased taxes in the future.

Amazon tax: Suspension of the “Amazon tax” will encourage delivery of goods and food through online markets and further incentivize consumer spending.

Licensing fees: Eliminate any state or local inspections required before re-opening a business that was temporarily closed because of COVID-19. Eliminate licensing fees for all businesses and occupations for one year.

Collective bargaining and pension reform: Connecticut’s unfunded pension liabilities are among the most serious in the country and crowd out other budgetary priorities. Connecticut’s budget will be greatly burdened by the economic downturn, closure of businesses and increased costs related to unemployment and Medicaid. Connecticut must be able to decrease its current and future obligations to public sector unions in order to properly assist those most affected by the COVID-19 pandemic. We present the following ideas to decrease the cost of these liabilities and union restrictions on both the state and municipalities. Connecticut must change its relationship with labor to ensure both economic and fiscal recovery from this devastating downturn and pandemic.

The state should examine its assets and sell those that would be better run by private entities, including the XL Center in Hartford and the Seaside Beach property in Waterford. The money from selling these assets should be put toward the pension debt.

Just as we know the COVID-19 pandemic will eventually end, we know the economic effects of the virus pose a significant risk to the people of Connecticut. The time to plan for how to address these effects is now. Yankee Institute’s recommendations in each of these phases of Connecticut’s recovery is not exhaustive. This paper is meant to begin conversations that will ultimately help employers so they can maintain jobs and rehire employees, help workers who have been sidelined by government actions, and cut regulations and taxes in order to encourage the ingenuity of the people of Connecticut.

Ultimately, they will do the hard work necessary to rebuild the state’s economy.

We are hopeful additional thoughts, ideas, and conversations can be added to the lists as the process to reopen businesses and repair Connecticut’s economy begins and we put the state on the road to economic recovery.