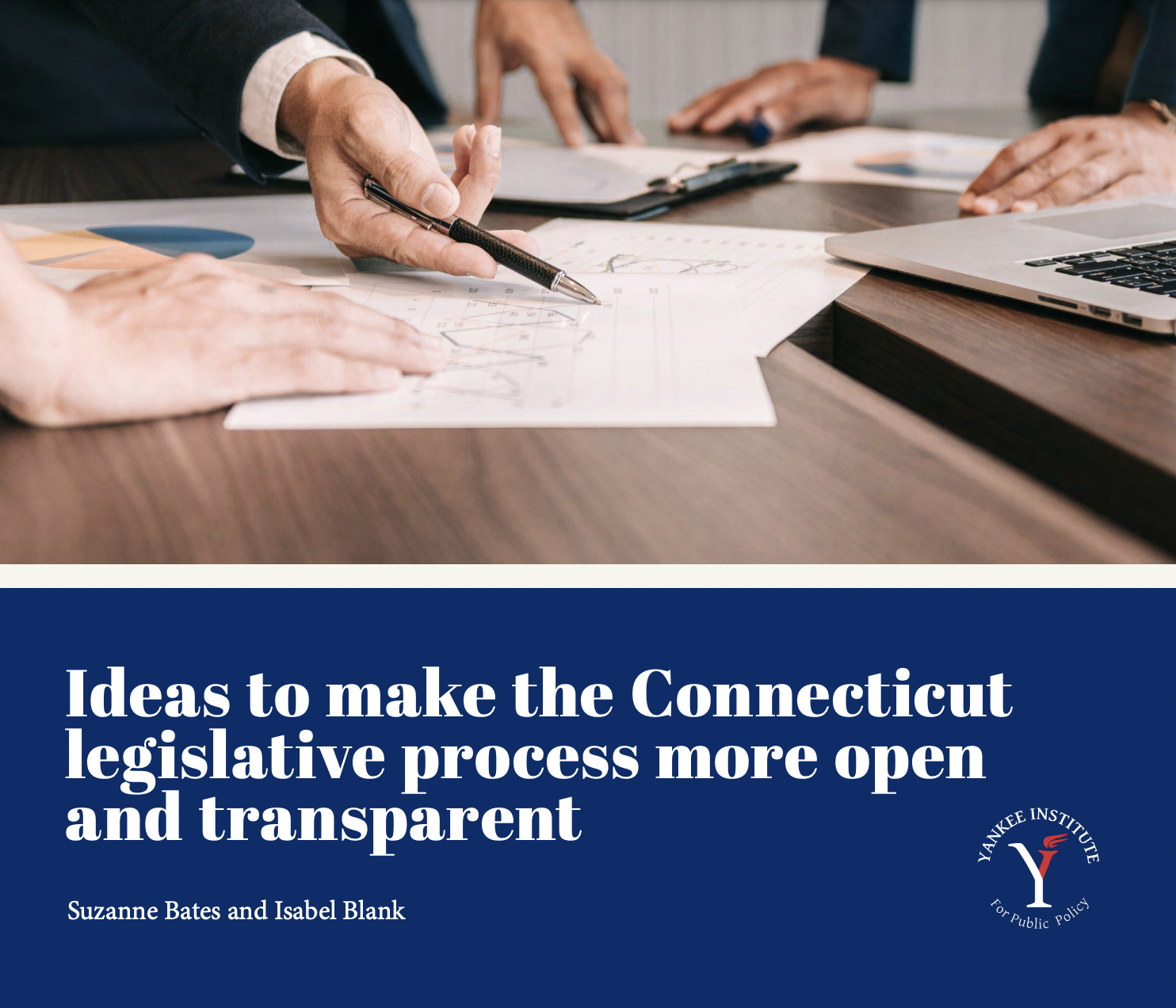 Connecticut’s lawmakers derive their power from the people, but too often the people are in the dark about what their elected representatives are doing with that power.

State leaders usually welcome public participation and have taken action to encourage it. For example, Connecticut Network (CT-N) broadcasts provide a window into the legislature that gives citizens important access. Connecticut scores well when compared to other states for its professional, nonpartisan staff. House leadership recently moved to increase the number of press conferences.

Still, there are procedural barriers to participation and transparency that should be dismantled. Rules, and the procedures that have built up around the rules, block public access and understanding. Connecticut can do better: By looking to other states and models, the people’s house can improve along with the outcomes to the people’s business.

The state should work to:

Connecticut is not starting from zero in these areas, and past practices offer a foundation for improvement. Advances can be found by studying how other states and municipalities provide access and transparency. Best practices endorsed by groups that promote public participation are another resource. For example, the International Association for Public Participation offers a list of pillars on its website, iap2usa.org, that lead to positive engagement, including openness, respect, access to information, trust and feedback.

“Public participation is based on the belief that those who are affected by a decision have a right to be involved in the decision-making process,” the association states.

Current rules and customs mean most Connecticut residents need an experienced guide to engage on an issue, whether that guide is a lobbyist or a lawmaker. Public participation is also hindered by the lack of transparency during lawmaking. For example, specific bill language is sometimes hard to come by until late in the process, and changes are not made available for public viewing.

Finally, in a state with a part-time legislature, more should be done to demonstrate respect for the health and private lives of lawmakers as well as honor the public’s right to monitor them. Some customs at the legislature — like all-night debates — run counter to this goal and shut out the public unless they are willing to follow the proceedings until 3 a.m.

The list here is not exhaustive, and is meant to open debate on these issues. It is hoped others will also share their thoughts about how to improve processes and access. There would be logic in convening a commission on this issue so the public can participate. We know many people — even those who may disagree on other issues — share the desire to increase public participation and transparency at the Capitol.