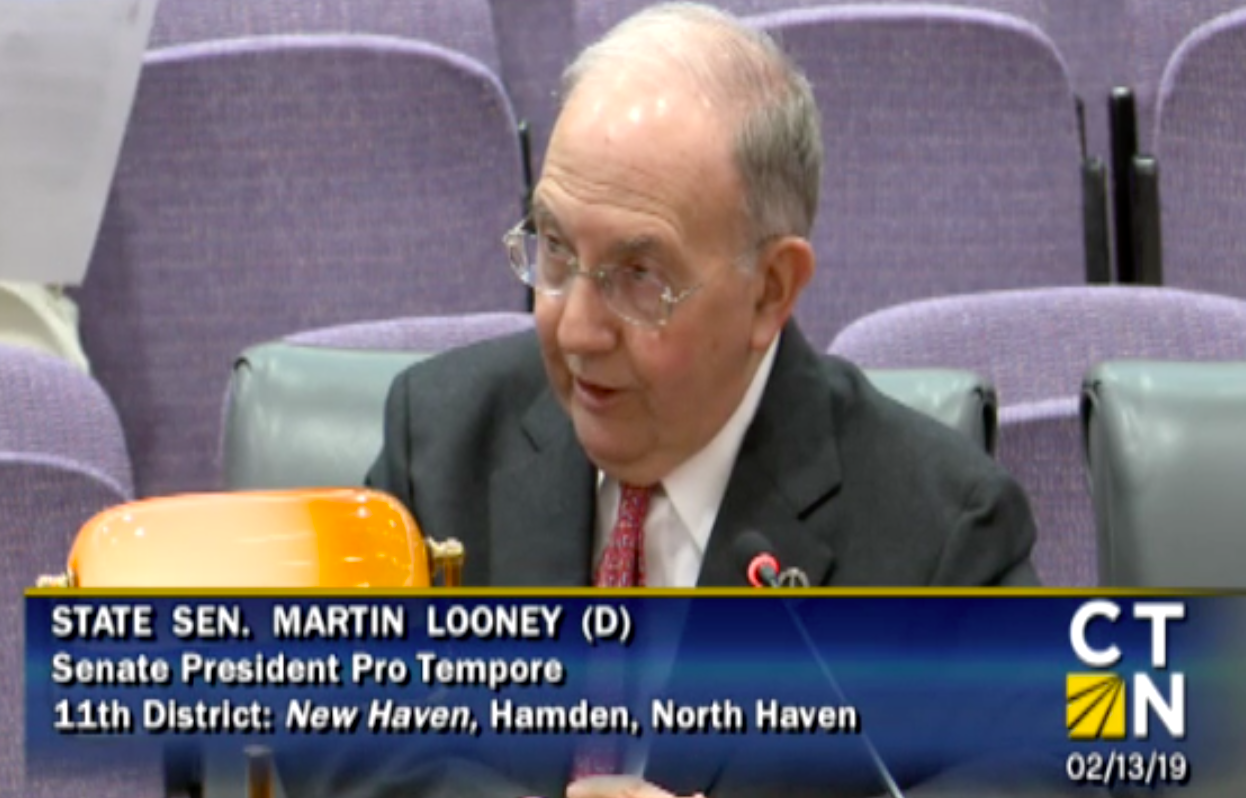 A proposal to increase the Connecticut sales tax by .5 percent and send the increased revenue to municipalities received a public hearing on Wednesday before the Finance, Revenue and Bonding Committee.

Looney said the Office of Fiscal Analysis estimated the .5 percent increase would bring in an additional $350 million per year which, he says, would then be returned to the municipalities from which the sales tax was collected.

Under Looney’s proposal, revenue collected from large shopping centers such as malls would be shared with neighboring towns, recognizing that large establishments are often frequented by shoppers from other towns.

But Republican representatives such as Chris Davis, R-Ellington, and Joe Polletta, R-Watertown, pointed out that residents of smaller towns with few retail outlets would essentially bear the burden of paying the tax but would see little benefit in terms of sales tax revenue returned to their town.

Looney admitted that a number of small towns were not in favor — or were at least concerned — about the additional tax to be paid by their residents, but he argued many small towns actively limit the amount of retail allowed within their borders.

The bill is in only in proposal form at this point and Looney deferred to the judgement of the Finance Committee in crafting the details, but probably the biggest question facing the proposal would be the state’s poor history of returning tax revenue to municipalities – a history Looney acknowledged.

Similarly, the state told hospitals it would return revenue generated by a tax on hospital services but has since underpaid those hospitals by hundreds of millions as the state used the tax revenue to fill budget gaps.

Looney said municipalities would probably be more comfortable if they were able to collect the .5 percent sales tax directly, rather than relying on the state to return the tax revenue, but that the state offers the easiest, most streamlined way to collect the tax.

Republican House Minority Leader Themis Klarides, R-Derby, opposed the bill. “This appears to be state government shirking its responsibility to municipalities, passing the burden directly onto tax payers as if they don’t have enough of a tax burden to start with,” Klarides said.

Klarides also pointed out the state has a poor track record of keeping promises to municipalities. 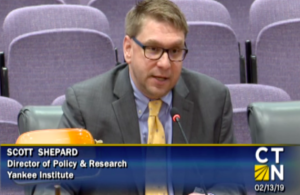 dollars, they don’t get that amount of dollars, and then we find different schemes to get them the money we’re actually supposed to be giving them,” Klarides told the committee. “It’s a shell game at best.”

However, the Connecticut Conference of Municipalities offered testimony in support of the tax increase, feeling the gamble with the state is worth it.

“Towns and cities stand at a crossroad, the policies of the past are no longer adequate to sustain the services that our towns and cities should provide, are often mandated to provide and most importantly that our residents expect us to provide,” wrote Randy Collins, advocacy manager for CCM.

Collins wrote the sales tax revenue should also be coupled with state mandate relief, so municipalities can cut costs.

Director of Public Policy for Yankee Institute Scott Shepard opposed the bill as written but said the municipal sales tax could be offered on a voluntary basis in conjunction with a property tax decrease and a guarantee the revenue would actually return to the municipalities.

“Some choices may do more harm than good, we believe this is one of those examples,” Phelan said. “Raising the sales tax is, plain and simple, in our opinion, not a good idea.”