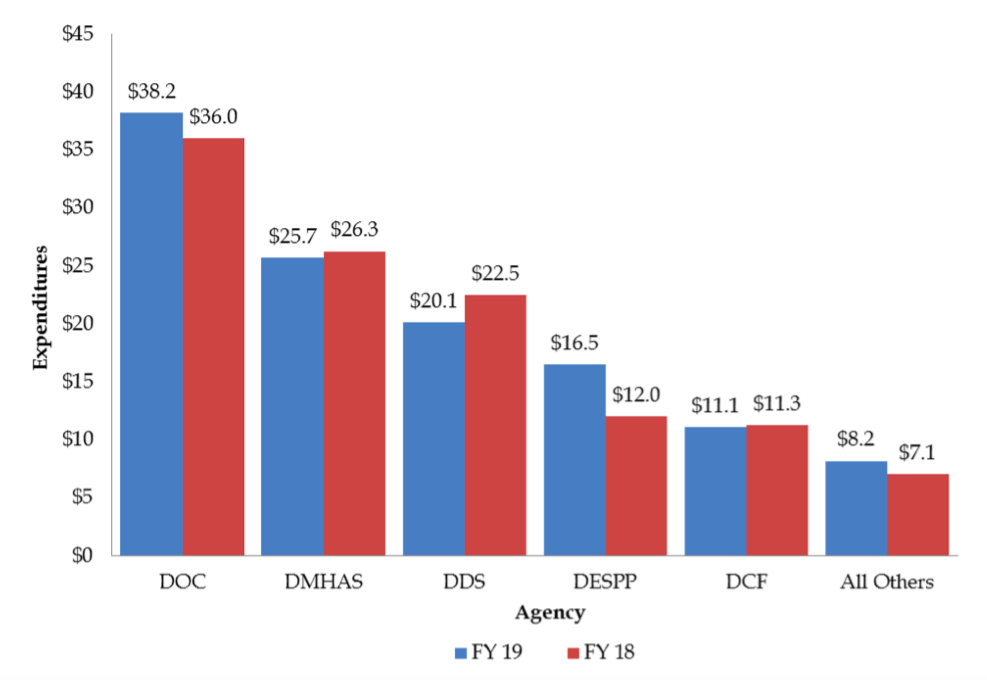 State spending on overtime increased slightly over last year for the second quarter, according to a release from the Office of Fiscal Analysis, although some state agencies showed progress in reducing the number overtime hours for state employees.

Overtime spending was up 4 percent over this time last year, with the Department of Correction accounting for the most overtime spending, totaling $38.2 million, a $2 million increase over last year.

DOC is the largest source of overtime spending in Connecticut, but the largest increase thus far was from the Department of Emergency Services and Public Protection, which includes the Connecticut State Police.

While DOC is the largest source of overtime, individual corrections officers don’t receive the highest overtime payouts, largely due to the size of the workforce which is currently over 3,000 employees.

According to a report from the Connecticut Post, State Police Troopers and employees with Connecticut’s Department of Mental Health and Addiction Services and the Department of Developmental Services receive the largest individual overtime payouts.

As reported in the Post, 97 employees in those three departments – including one employee in the Department of Children and Families – earned over $100,000 in overtime in 2018.

Overtime payments are used when calculating pensions, although the newest employee tier created in 2017 reduced the effect of overtime payments toward pensions. But most state employees are still part of retirement plans in which overtime can significantly influence pension calculations.

The Connecticut State Police have only 954 active troopers, less than the 1,248 which was mandated by state law until 2012. Fewer troopers means more overtime costs in order to fill shifts.

DMHAS, the agency that accounts for the second highest level of overtime spending year-over-year saw a slight decrease in overtime compensation.

DDS saw a $2.4 million drop in overtime as the agency moved more services and group homes to private, non-profit groups.

Overtime spending in 2018 was up 11.7 percent over the course of the year, totaling $228.1 million, according to OFA’s fourth quarter report.