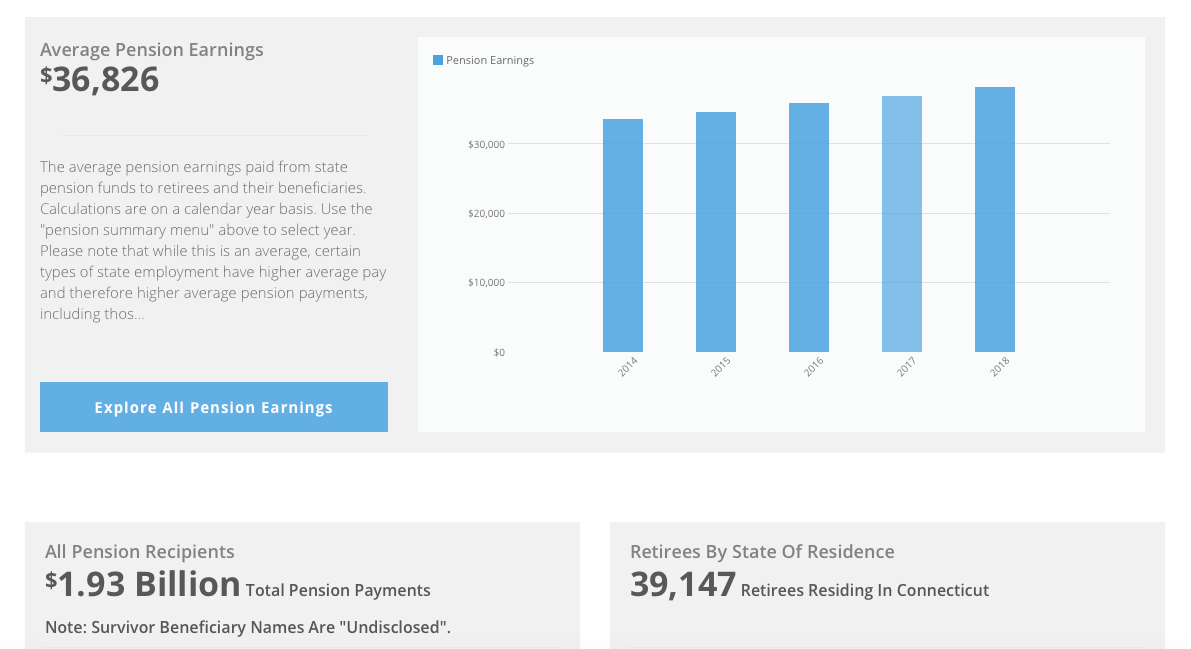 “As Connecticut faces persistent immediate and long-term financial challenges, OpenConnecticut will continue to 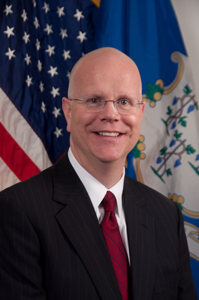 expand and serve as a source for policy makers and the public so that we can have informed debates in finding solutions,” Lembo said in a press release.

Connecticut’s pension challenges – which include $40 billion in unfunded pension liabilities – regularly threaten budget deficits as part of Connecticut’s fixed costs and crowd out other state spending.

According to the new website, Connecticut paid $1.93 billion toward state employee pensions in 2017, with the average pension at $36,826.

The top earning pensioner was Jack Blechner who received $313,275. Blechner was a faculty member at the UConn Health Center.

Users can also track how many pension payments are sent out of state. While most retirees remained in Connecticut, but Florida was the runner up with 4,860 pension payments being sent to the Sunshine State.

The website also lists which retirement tier each of the 52,426 state retirees is part of and how much of the state’s payments go to each tier and which unions make up those retirement payments.

Tier 1 and 2 retirees were employed by the state before 1984, while Tier 2 employees were employed before 1997 and are the most generous of Connecticut’s pensions. The state has made a series of new tiers, most recently Tier IV in 2017.

Although some lawmakers and union officials point to the Tier 1 benefits as the cause of the unfunded liabilities, the pension debt does not go away as the number of Tier 1 retirees decline.

Under a pension re-amortization plan initiated by Gov. Dannel Malloy, Connecticut’s pension debt will not be paid off until 2044. Payments are projected to grow to $2.2 billion by 2022 and level off.

Those projections, however, can be subject to change depending on the national economy and market returns.

State agencies have warned that Connecticut may see a large number of retirements before 2022.

Employees who retire after 2022 will receive smaller cost of living adjustments to their pensions every year. Current retirees receive a minimum COLA increase of 2 percent each year.

That is set to decrease to match inflation with a maximum increase of 2 percent per year under the 2017 SEBAC agreement.

By Marc E. Fitch March 2 , 2021 Pensions 2 Comments
Connecticut’s long-term debt grew $8.4 billion between 2019 and 2020 due to increased liabilities for Connecticut’s retirement systems, according to…
Read More