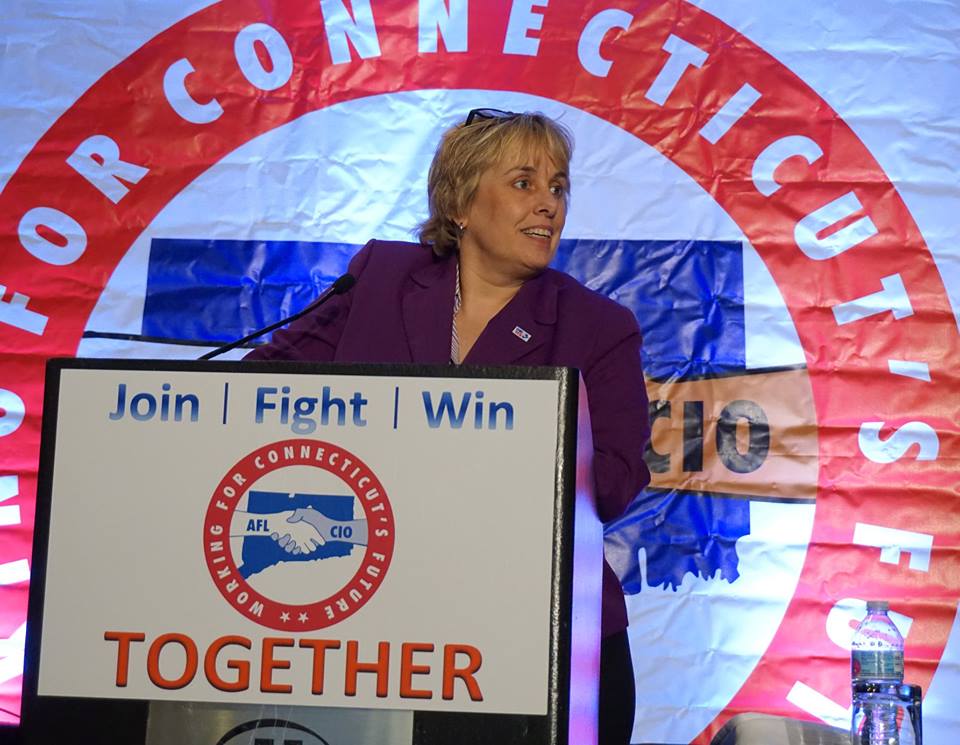 But the vast majority of union delegates, executives and stewards who work for the state of Connecticut took more than seven hours of union business leave that day, funded by taxpayers.

At this point, it is not known if those employees spent the remainder of the day conducting other union business.

Yankee Institute has filed a Freedom of Information request with the Office of Policy and Management for union business leave approvals for Aug. 31, 2018 to determine if the approved business leave time was solely for the convention or if there was other union business which required each delegate’s attention.

The leave time for all but four employees that day is classified as LUBLP, a classification reserved for union business “for such things as steward training, conventions, etc,” according to the Office of Labor Relations.

Other designations such as LUBEO and LUBMR refer to time paid for union officials to attend contract administration duties or attend grievance and arbitration hearings. Leave time for union business must be approved by OLR at least two weeks before the requested leave date.

AFL-CIO held three convention days over the course of 2018 to choose which political candidates to support. The first two held on April 6 and June 22 were full-day events and also took place at the Hartford Hilton.

Union contacts with the state of Connecticut grant “banks” of paid time off for union stewards and other officials to handle a variety of union issues, including attendance at conventions. Those banks of time were expanded for several bargaining units in the most recent labor contracts signed as part of the 2017 SEBAC Concessions Agreement.

The latest contract for the NP-4 bargaining unit for Department of Correction employees expanded union leave time from 500 to 650 “person days” per year, with an additional 70 person days for delegates to attend the State AFL-CIO convention.

According to the contract, “Each contract year, delegates to the Connecticut State AFL-CIO Convention shall be granted leave without loss of pay or benefits for the days on which the Convention is held.”

A 2016 study by Yankee Institute found union leave time cost taxpayers $4.12 million in 2015 and accounted for 121,000 work hours, with some union officials spending most of the working year on paid leave handling union business.

A 2018 report by the Connecticut State Auditors found 201 union representatives in the DOC racked up $894,199 of paid union leave over two years.

The practice has come under fire from legislators in the past. A bill brought before the state Labor and Public Employees Committee in 2017 would have required union officials to use sick, personal or vacation time to conduct union business during their regularly scheduled hours.

The proposed bill was fought by public-sector union officials and, after a public hearing, did not pass out of committee.

OPM has acknowledged receipt of the Freedom of Information request.