What’s Left for My Grandson’s Economic Future in Connecticut? Not Much 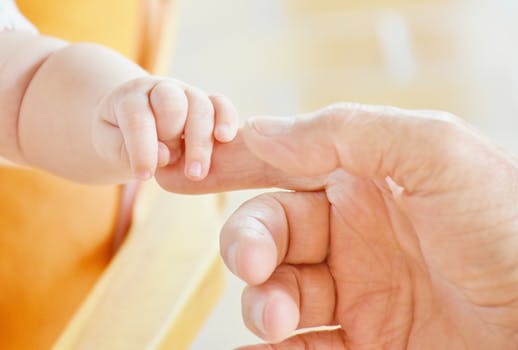 A shorter version of this op-ed appeared in the Hartford Courant on April 28, 2018

My two-year old grandson, Kellan, who lives in Connecticut is in trouble, but doesn’t know it yet. I haven’t had the heart to tell him he owes some money, some BIG money. At stake is my grandson’s economic future, and his chances of getting a solid career here in the state are dwindling.

You see, new data from Moody’s Investment Services shows that each individual in Connecticut now owes $10,300 in unfunded state pension liabilities — one of the highest rates in the US — because of decades of fiscal irresponsibility and bad decision making.

How do I explain that we’ve mortgaged his future and undermined his prospects of getting a good job in Connecticut because marquis employers are leaving Connecticut, state and local finances have engaged in decades of fiscal irresponsibility, and taxpayers have had it as 428 people are now leaving the state each week for greener pastures elsewhere on a NET basis?

I’ve tried to explain it to him, but all he wants to do is chase the cat and pull his sister’s hair.

I’ve spent 38 years as a professional economist, most of them here in Connecticut, and had a unique opportunity to study the state’s economy in detail, first with SNET, then with my own firm, DataCore Partners. I’ve also had the privilege of chairing the Governor’s Council of Economic Advisors under Governor M. Jodi Rell, working closely with other economists, both Republicans and Democrats, who I respect immensely.

Today, we see that the Connecticut economy is now showing clear signs of decelerating in many of its economic metrics, which is what you typically see just before the onset of recession. Although recession is not a forgone conclusion, the state’s economy is “underperforming” on many fronts, the most important being job growth and income creation.

We’re presently the only state in New England not to see full job recovery with a job recovery rate of just 82% as of Feb 2018. Total non-farm job growth last year ranked 43rd in the US, up only 0.1%, and consumer spending power as measured by real disposable income — income after taxes adjusted for inflation — fell last year and is likely to fall again in 2018.

Long term issues, however, are what concern me the most about Kellan’s economic future.

First, intentional or not, we’ve created a “borderline antagonistic” business environment of “haves and have nots.”

The present politically- based system for picking winners and losers as to who receives state economic development funds is counterproductive to long-term economic growth. Why? The “First Five” initiative is analogous to a parent saying “I’ll feed some of my kids, and the rest of you can go hungry”.

What makes infinitely more sense, and is harder to do, is to formulate, develop, and refine economic development policies that are targeted to a business community as a whole where all stand to potentially benefit, letting the marketplace itself determine who succeeds and who does not. Connecticut’s pronounced lack of economic performance can in part be attributed to a lack of residential and business investment and venture capital that is being redirected elsewhere.

So creating economic policies that are conducive to growth for the entire business community, not just a select few, should now be a top priority.

Years ago, I was an expert witness in labor negotiations between Hartford and its unions and it was an eye- opening experience. In my mind, further bailouts for the City of Hartford and their perpetual red ink for as far as the eye can see makes no economic sense. Efforts to do so rewards the city’s lack of fiscal discipline while undermining the state’s economic future.

I’ve seen op-eds arguing that we all have responsibility for bailing out Hartford from bankruptcy, which in my mind is a ludicrous idea and exempts policymakers from the hard work of restructuring labor contracts based on an economy that now emphasizes technology, robotics, and artificial intelligence. We all need to realize that there are no more free rides!

The aggregate data shows Connecticut’s economy moving down the track at a few miles per hour, but we’re losing ground to other states because economic development is considerably more effective in acknowledging and accounting for these structural changes that we’ve chosen to ignore.

What makes the most sense is starting the process of restructuring these contracts now.

This system has not adapted to a new economic normal that evolves quickly due to massive and profound structural changes that have yet to be fully acknowledged by policymakers. The longer we delay those reforms on compensation, the more difficult it will become. We can’t “kick the can down the road” anymore.

Maybe some haven’t received the news, or have chosen to ignore it, but structural changes — changes apart from the business cycle itself — have vastly reshaped our economic landscape.

These include costs of doing business, globalization and economic polarization, growing trends towards privatization and outsourcing, the “substitution effect of technology for labor”, greater use of temporary workers, demographic shifts and the aging of the babyboomer generation. We can also include increased use of the Internet and more E-commerce, growing disparities between the public and private sectors, and an underfunding of state and local pensions and health care liabilities. These structural factors all make policy options and solutions that much more complex and challenging.

According to a March 2017 study from accounting and consulting firm PwC, more than a third of U.S. jobs could be at “high risk” of automation and possible elimination by the early 2030s. This is yet another example of how “profound structural changes” are reshaping our domestic labor markets. Do we understand the long-term implications for labor markets here in Connecticut?

These structural changes aren’t going away. They’re here to stay, so let’s start dealing proactively with them now, as opposed to having them deal with us.

A strong argument can be made that we are presently “cannibalizing” our state and local tax base. The Laffer Curve shows the relationship between tax rates, tax revenue, and taxable income. It is frequently cited by economists who want to explain the common-sense notion that punitive tax rates may not generate much additional revenue if people respond in ways that result in less taxable income.

The aggregate body of data for Connecticut clearly shows we have passed the so called “revenue maximizing point” and are now in what many economists would refer to as “the unproductive zone” where aggregate tax revenues are declining. The Laffer Curve illustrates why the State is now being challenged in further raising tax revenues, and why we now have an average of 428 people leaving Connecticut each week, migrating to other states.

In loud terms, the Laffer curve is saying we need to now emphasize spending cuts, not increase taxes.

1. State job rankings not only show Connecticut as being last in New England, but annual gains are becoming increasingly smaller. Total non-farm jobs were up only 1,800 in 2017, rising only 0.1%.

2. Connecticut already ranks second in the US in overall tax burden. According to the Tax Foundation, state and local taxes per person were $7,869, or nearly 13 percent of state income in 2012.

3. Fiscal stress within state and local government is already baked into the pie for years to come as babyboomers claim a larger share of the overall population. The old-age dependency ratios — or the share of +65 year olds as a percentage of the working age population — will be climbing rapidly, rising from 23.4% in 2000 to 40% in 2030 according to the Census Bureau. This is important because a greater share of our residents will be living on fixed incomes, earning only 2%-3% on their nest eggs, while state and local spending will probably climb at greater rates of growth due to rising pension and health care costs.

4. Without strong and concerted efforts towards fiscal discipline, I think we will see a step up in net outmigration, implying further erosion in the state’s tax base.

5. There has clearly been an escalating “crisis of confidence” in Connecticut’s business community that has been long ignored, and it’s not going to turn around quickly. Research shows that both business confidence and consumer confidence don’t turn on a dime, and that it takes many years to rebuild confidence once it’s lost.

At stake is my grandson’s economic future, and his chances of getting a solid career here in Connecticut are dwindling. At least he has his cat and his sister, but not much in the way of an economic future.

Sadly, there are thousands of Kellans all throughout Connecticut. Is the state legislature listening? Right now, I strongly doubt it.

Don Klepper-Smith is chief economist and director of research at DataCore Partners and served as chairman of the Connecticut Economic Advisory Council from 2007 to 2010.