Connecticut has 2nd highest tax collection rate in the country 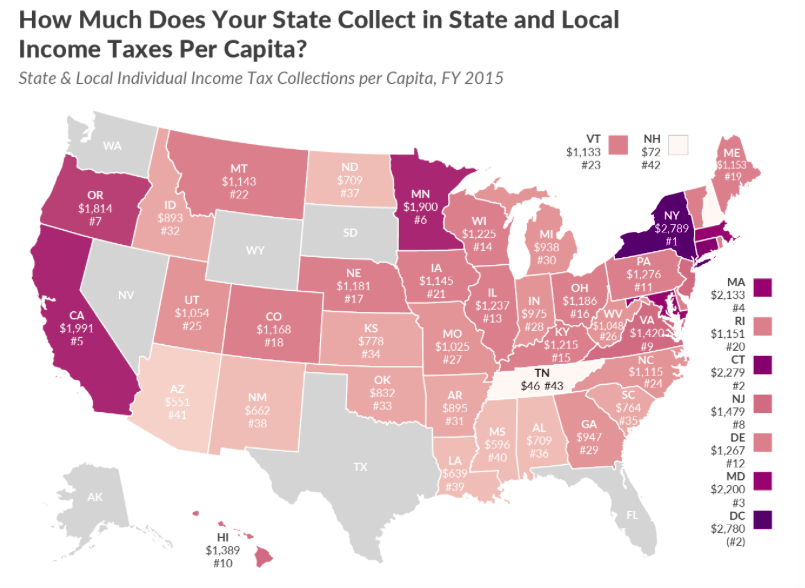 Tax Foundation’s annual ranking of states based on state and local income tax collection placed Connecticut second in the nation, trailing only New York, for the most money collected per resident.

The findings come as little surprise. Connecticut is consistently ranked at or near the bottom in national tax studies.

Connecticut lawmakers managed to get through the last session without raising state taxes and this year’s budget deficit was solved, in part, thanks to big returns on Wall Street which drove up state income tax revenue.

But Connecticut is not out of the fiscal woods. Many lawmakers, including Gov. Dannel Malloy, warned the bump in state revenue was likely a one-time occurrence, and the Office of Fiscal Analysis pegs the next biennial budget deficit at over $4 billion.

And that big deficit could potentially be a big problem for taxpayers, particularly at the local level.

Connecticut is locked into an agreement with its state employee unions, which guarantees raises and offers layoff protections during those big deficit years, so lawmakers will have to look for other places to cut state spending or possibly raise taxes.

One of Connecticut’s largest expenditures is municipal aid, particularly education funding for towns and cities.

Those funds largely remained flat this past budget cycle, but local governments still face increased costs and state deficits could put some of that funding back on the chopping block. Cuts could drive up local property taxes.

Connecticut’s fixed costs in the form of pensions, debt service and retiree healthcare continue to grow as well.

The study by Tax Foundation comes on the heels of a study by Truth in Accounting which found Connecticut’s stated debt totaled $53,400 per person, largely due to Connecticut’s unfunded pension and retiree healthcare liabilities.

Connecticut’s high tax rates have born some of the blame for the state’s sluggish economy and loss of population and businesses to other states.