Gov. Dannel Malloy released his 4th budget proposal this year in an effort to reach a bipartisan consensus to pass a budget. Connecticut is well over 100 days into the new fiscal year, and is the last state in the nation without a budget.

Touting it as a “bare bones” budget, Malloy eliminated many of the controversial proposals from both Republican and Democrat authored budget plans, but still shifts some of the state’s burden onto municipalities. 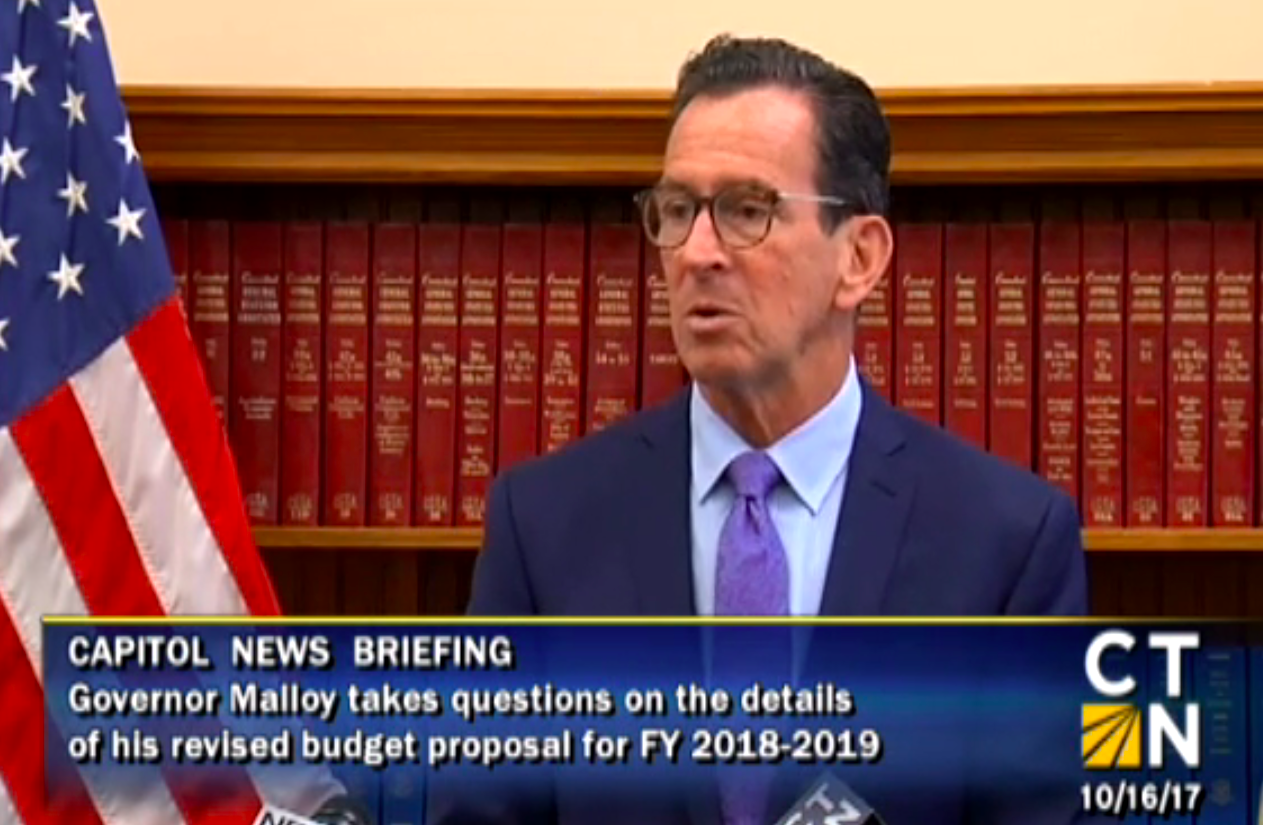 Malloy’s new proposal does not include some unpopular tax increases, including a tax on second homes and a cell phone tax, which Democrats included in their last budget attempt.

It also eliminates pension and collective bargaining reforms after 2027 outlined in the Republican-authored budget, which passed the House and Senate in September.

Malloy vetoed the budget passed in September with bipartisan support because of those changes, saying it would invite a lawsuit by government union leaders — a prediction which came true when SEBAC warned lawmakers on Friday they would file suit if those changes were part of a budget deal.

But Gov. Malloy’s budget will certainly not be agreeable to everyone and maintains proposals that will balance the state’s budget on the backs of municipalities and cut $132 million in state education funding, which may drive up property taxes at the local level.

Under Malloy’s executive order, state education funds were eliminated for 85 towns in Connecticut.

The proposal would also cut state education funds for a number of other municipalities, which were set to receive nothing under the executive order.

State education funding for the other two towns – Plainfield and Brooklyn – would still be cut by $2.2 million and $145,712, respectively.

The governor’s proposal would only increase aid to the state’s most challenged school districts by half a percent or $7.7 million, far short of his original plan to increase their funding by $300 million.

Even though a number of municipalities will receive the same amount in ECS funding as they did in 2017, rising costs could leave those districts having to find additional revenue or cutting staff.

Municipalities would also still be on the hook for teacher pensions under the governor’s proposal, although not for nearly as much as his original budget.

Municipal leaders and organizations like CCM and COST have pushed back against Malloy’s idea to have towns fund teacher pensions, pointing out that towns are not able to negotiate those pensions and are being penalized for the state’s inability to properly fund the teachers’ pension system.

COST has indicated they will pursue legal action against the state if small towns are forced to pay into the teacher pension system.

Municipal leaders will have to find ways to either cut enough spending to accommodate the changes, lay off staff or raise property taxes to make up the difference.

Malloy acknowledged that “no budget is perfect,” but said “time is of the essence if we want to avoid the most difficult cuts to towns, hospitals and nonprofits.”

The governor has largely been left out of negotiations between Democrat and Republican House and Senate leaders over the past weeks as they work to craft a new bipartisan budget.