On Sunday more than 150 parents, children and education advocates gathered in Middletown for the annual March for Education, meant to celebrate education and learning in Connecticut.

Founder and organizer of the March for Education, Timothy L. Cooper, says that this year’s march was more important than ever.

“With the many negative things going on in our communities, our children are lost in the chaos with no hope for the future,” Cooper said. “We as parents and educators have a duty to insure that our children’s spirits are up and they don’t give up on life even if schools are closed, budgets are cut and agendas are not being met.” 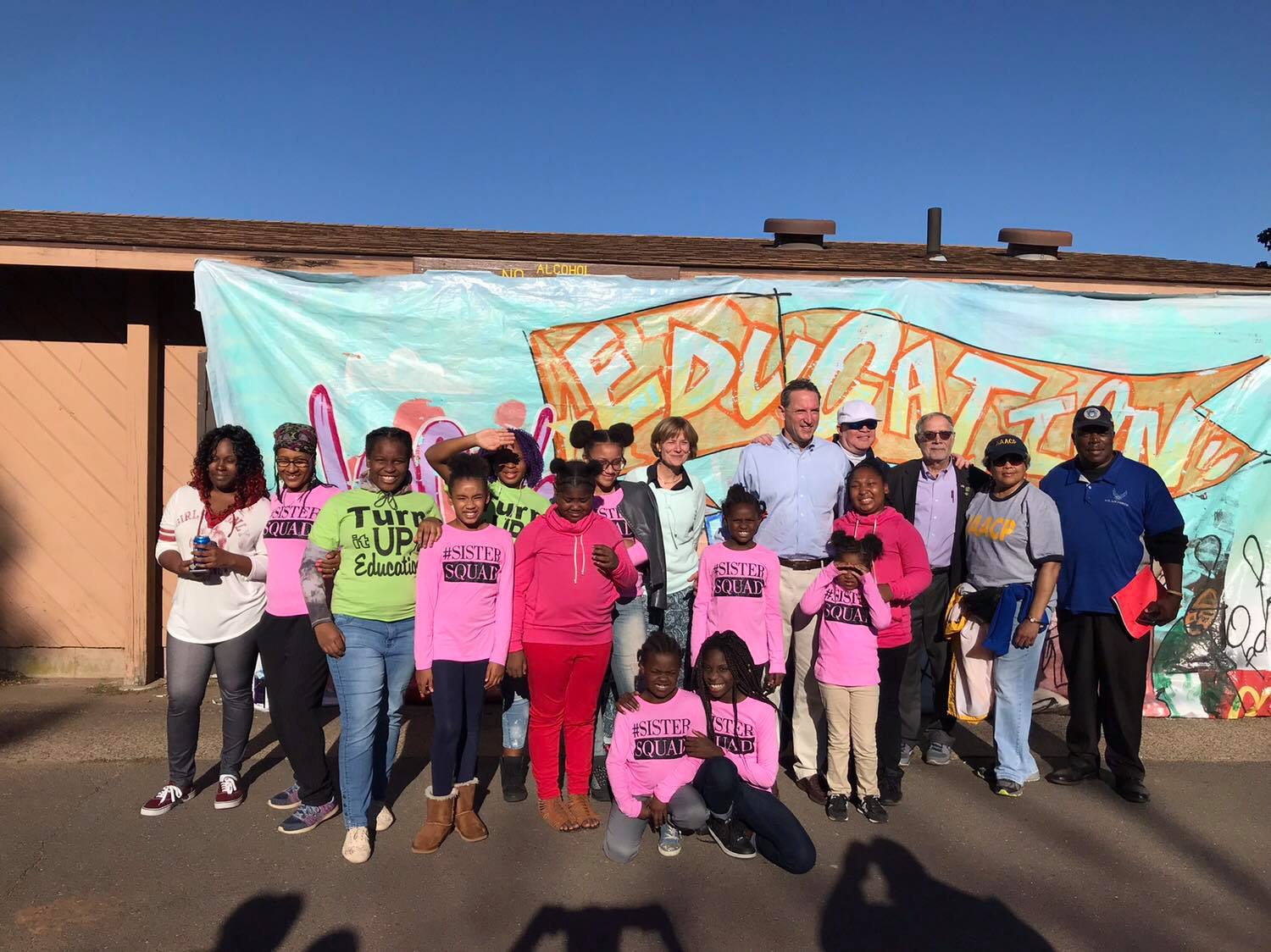 By and large, Connecticut is recognized as having some of the best school systems in the nation. But it also has one of the highest educational achievement gaps in the country, largely divided between suburban school districts and those located in cities such as Bridgeport, Waterbury and Hartford.

Local Connecticut leaders in other municipalities have warned the cuts could mean teacher layoffs and cuts to school programs as they try to deal with the heavy cuts made under Malloy’s executive order.

Gwen Samuel, president of the Connecticut Parents Union, says the budget crisis means children will lose out on much needed education funds and services in areas that may need it most.

“There are going to be children across the state who will lose services because of messy partisan politics,” Samuel said. “Hopefully as lawmakers set their sites on a budget, they will keep children in the forefront of their minds.”

Senator Doyle was one of the deciding votes in passing the budget in the Senate. Doyle has received considerable criticism for his support of the budget, even though it would largely maintain school funding for municipalities.

Samuel said she appreciated his presence and kind words at the event. “It reminds lawmakers that it’s not just adults’ and labor’s needs that need to be addressed during this budget crisis”

Connecticut is also trying to deal with the 1996 Sheff v. O’Neill decision by the State Supreme Court, which ruled that Hartford violated the state constitution by underserving the education needs of its poorest districts. The plaintiffs in the case allege that Hartford has failed to follow through in fixing the problem.

Hartford and other cities like Bridgeport and New Haven have tried to meet the requirements of the Sheff decision by creating charter and magnet schools.

The state is fighting against Moukawsher’s ruling and the case has now gone to the State Supreme Court.

Samuel said that part of the reason Connecticut Parents Union supported the March for Education was because it was about the students, not the politics of education.

“It’s the only event I know of that doesn’t require politics, its just focused on the child,” Samuel said.

The event was sponsored by a number of businesses and organizations including Free to Learn: A Justice in Education Initiative, the Connecticut Parents Union, Target, Stop & Shop and the Big Brothers, Big Sisters Foundation, among others.

This was the second annual march to take place in Middletown. March for Education held their ninth annual march in Bridgeport on September 17th.