“It’s great,” he said. “What I’m learning in school, I’m doing here. It’s easy to talk with my professors when you’re actually doing it. That’s a first for me.” 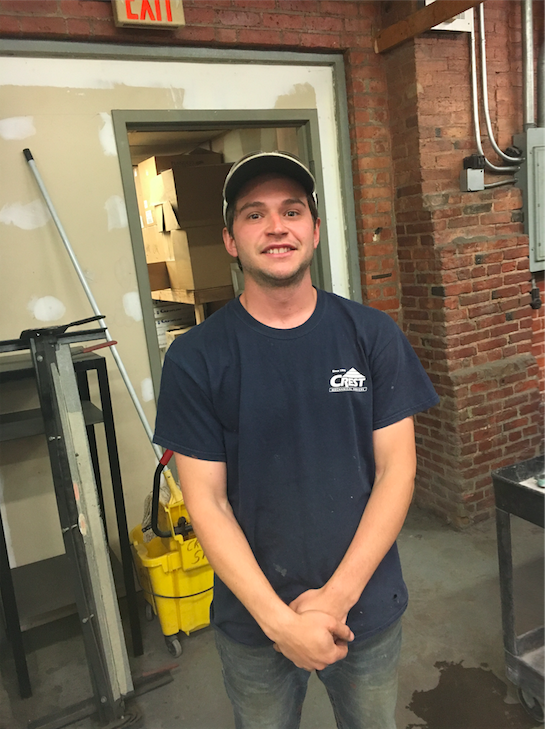 According to Connecticut state law, an employer needs to have three journeymen for every one apprentice. When actually working on a job site, that ratio changes to 1:1.

Paul Breglia, owner of Crest Mechanical Services, says that law is hurting his ability to take on more apprentices. “I would have to hire three more guys to take on one more apprentice,” Breglia said. Breglia believes the ratio limits the number of young people who can learn trades and become professionals in a given field like sheet metal work, electrical, plumbing and HVAC.

“People always say, why don’t you hire the kids around here,” Breglia said. “It’s because I can’t cover the ratio.”

Breglia says he has a staff of about 75 workers, including ten apprentices. “There’s a dearth of journeymen. The older guys are retiring and we need apprentices to train the next generation.” 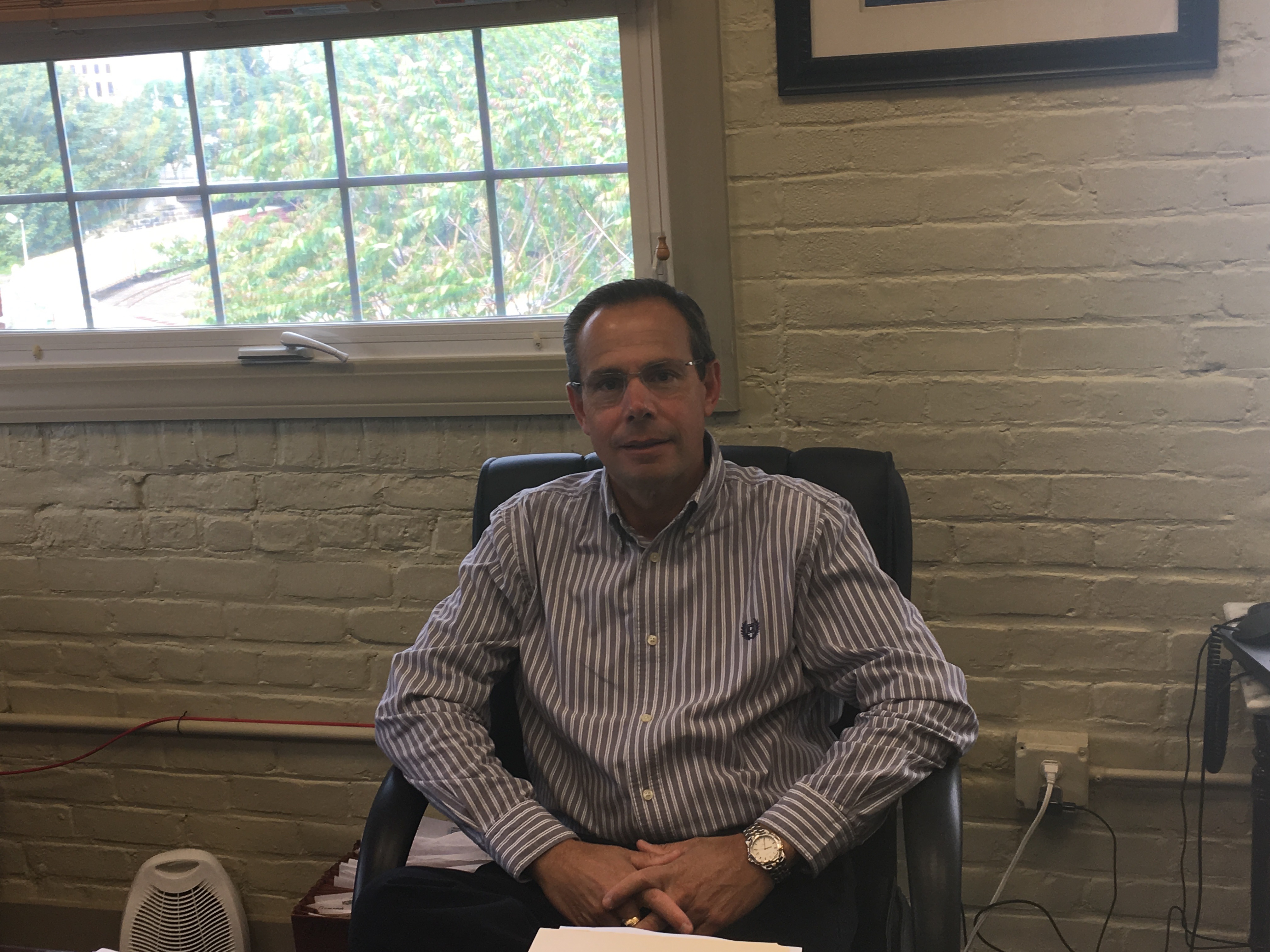 Bill Ethier, president of the Connecticut Home Builders & Remodelers Association, says he has heard “anecdotally” that the supply of journeymen is shrinking.

“Its difficult to find good tradesmen, even in this environment of very low new housing permit numbers. If and when the economy supports housing growth, the labor force will be a major problem for supplying the homes people need,” Ethier said in an email.

Although Ethier and Breglia are speaking anecdotally, licensing numbers provided by the Department of Consumer Protection support their claims: The number of journeymen in Connecticut has been declining.

The only categories of licensed journeymen to actually increase over the past eight years are elevator mechanics and heating & cooling technicians.

According to figures provided by the Department of Labor, the number of apprentices during that same period climbed from 5,295 in 2009 to 5,859 in 2016. But those numbers are still lower than in 2007 when there were 6,522 apprentices in the program.

The number of apprentices completing the program during that time has remained relatively flat, going from 538 to 497 between 2013 and 2015.

A 2015 report by the Legislative Program Review and Investigations Committee also found that “nearly two-thirds of the occupations appear to be under-enrolling apprentices to meet projected demand for journeypersons,” while a quarter of the occupations “appear to have too many.”

The hiring ratio limits the labor pool, which can drive up wages to workers, but also increases costs to employers and consumers. “The wages have gone through the roof for journeymen,” Breglia said, and that in turn drives up the cost to consumers.

Crest Mechanical Services is a non-union shop meaning they have to compete with union labor at both the state and private level for jobs and workforce.

Unions have an advantage when it comes to hiring apprentices because an apprentice is hired by the union hall rather than an individual employer.

Because the union hall can include any number of union contractors it essentially provides a larger pool of journeymen who can oversee an apprentice. Apprentices are able to be moved around from job to job without the individual contractor having to hire more journeymen in order to gain an apprentice for the worksite.

The report by the investigations committee noted that unions tend to want fewer apprentices because they feared the cheaper labor would crowd out experienced workers, while nonunion businesses wanted more apprentices to help make their companies more cost effective.

In testimony submitted to the general law committee, Scott Jackson, commissioner of the Department of Labor which oversees the apprenticeship program, expressed concerns that lowering the ratio would mean that apprentices are not adequately mentored and monitored, essentially creating a safety issue.

The ratio of journeymen to apprentice changes to 1:1 when they are actually working on a job site. The 3:1 ratio only applies at off-site shop locations.

Ethier claims this shows safety can be maintained with a 1:1 ratio, since the state already considers it a safe ratio on job sites. “There is no justifiable argument for maintaining the current 3:1 hiring ratio,” he wrote in his testimony before the general law committee.

Companies can apply for “ratio relief” from the DOL. According to figures presented by the investigations committee, the DOL grants ratio relief for most applicants, but noted that some felt the DOL’s criteria for approval “seemed arbitrary.”

The apprenticeship ratio has been a bit of a political third rail for a long time. Proposed changes to the ratio are usually met with vigorous support from businesses and nonunion contractors and vigorous resistance from union contractors. 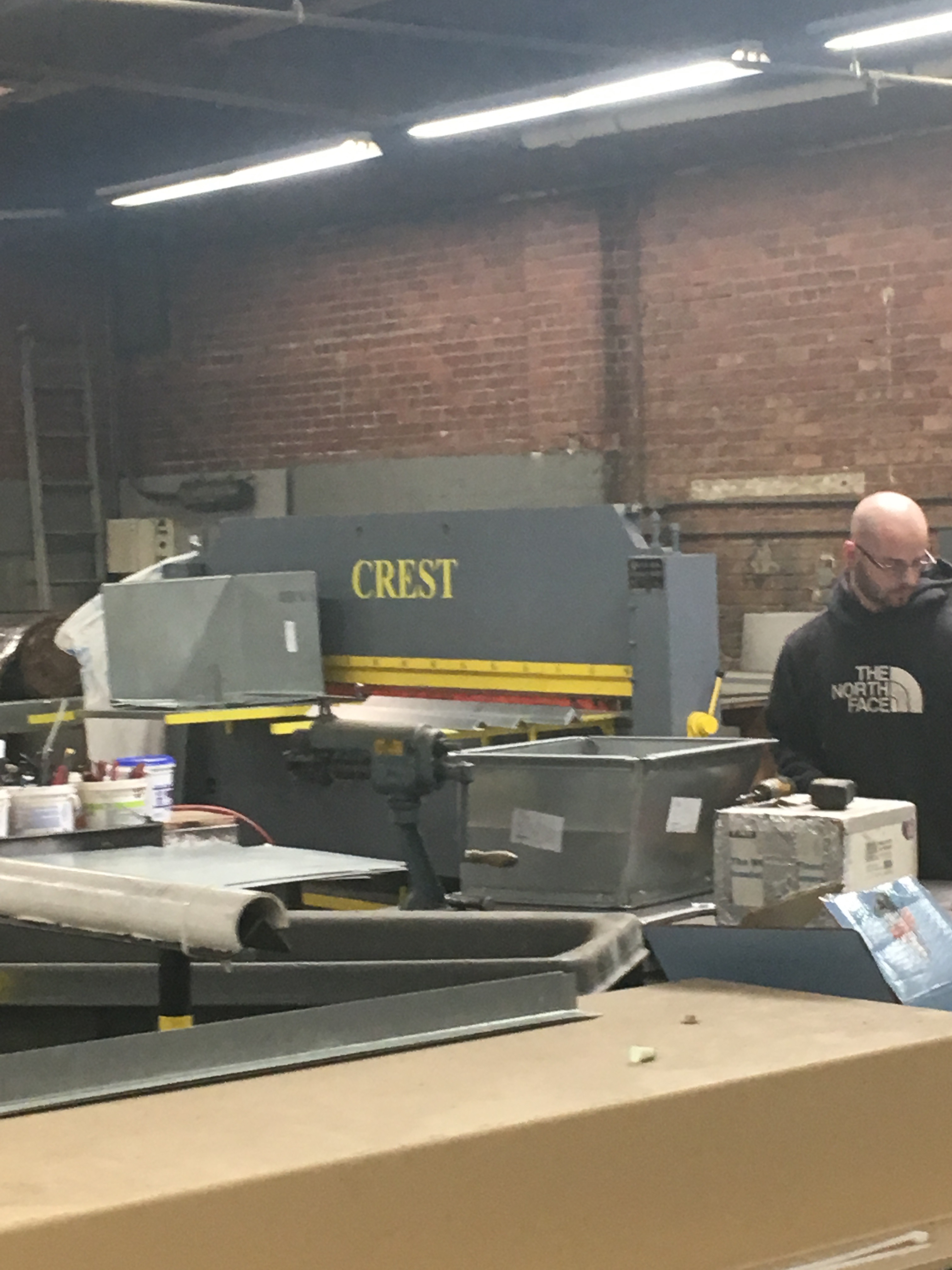 In 2007, a bill was introduced to change the apprentice hiring ratio to 2:1 in order to “reduce the shortage of skilled tradespeople and increase apprenticeship opportunities.”

Testimony in support of the legislation ranged from trade associations and contractors to the mother of a recent technical high school graduate who worried about her son’s ability to get work as an HVAC apprentice: “many contracting firms are unable to hire the technical school graduates, due to their inadequate number of journeymen.”

The opposition consisted almost entirely of union leaders citing safety concerns and fears that nonunion contractors would use apprentice labor to under-bid for jobs.

That bill died in the House during the 2007 legislative session but the matter is revisited every few years and some reforms have been made. In 2010, the law was adjusted to reduce the hiring ratio for small companies.

Under the 2010 reforms a contractor with less than three employees can maintain a 1:1 ratio, but must hire an additional three journeymen in order to hire a third apprentice.

The issue was revisited again during the 2017 legislative session. The House and Senate passed SB 353 this year, which would establish a working group to examine the apprentice ratio and make recommendations to the general law committee as to whether any changes are warranted.

The working group would be split between union and nonunion members chosen by House and Senate leadership. They will meet four times a year so they can continually monitor the effect of the apprenticeship ratio on business and employment.

For his part Breglia hopes that a change in the ratio may increase the number of apprentices who can be hired and who can then become the journeymen of the future. But at this point, he can’t afford to hire three journeymen in order to take on just one new apprentice.

“I can’t offer anything to kids who want to get into the trade, I can’t bring them in,” Breglia said. “You have to have openings.”

By Marc E. Fitch May 4 , 2021 Economy
As the federal Food and Drug Administration moves forward with plans to ban the sale of menthol cigarettes and flavored
Read More

Connecticut businesses on the hook for $844 million in unemployment borrowing

By Marc E. Fitch May 3 , 2021 Economy 4 Comments
Connecticut entered the COVID-19 pandemic with roughly half the money in its unemployment trust fund needed to withstand a typical
Read More