So far, Connecticut agencies – particularly the Department of Correction – have spent 14.7 percent less on overtime payments than the second quarter of last year. The DOC is consistently the biggest driver of overtime but managed to reduce their costs by $8.2 million.

Overall, the state had spent $17.4 million less than this time last year on overtime payments. 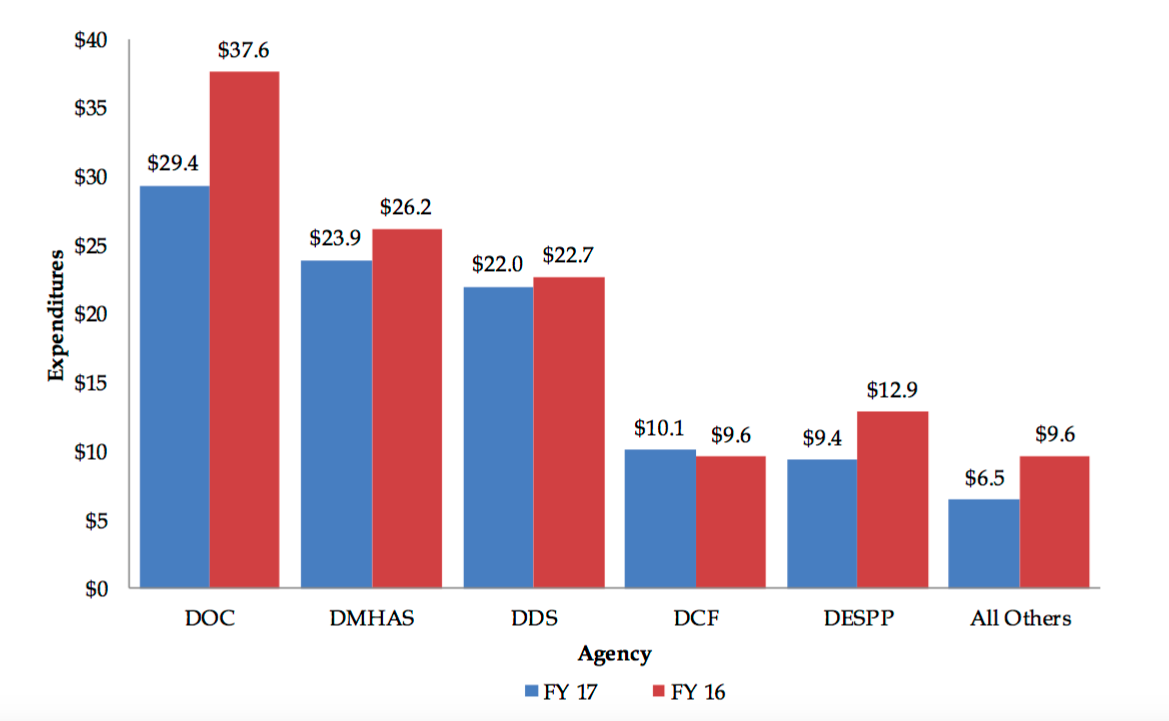 State agencies have been making headway in reducing overtime since 2015 when overtime payments reached a high of $256.1 million. Last year the state reduced overtime by $37 million for a total of $219 million for the year.

The reduction in overtime follows state employee layoffs in 2016 to make up for the state’s budget deficit. The state deficit is expected to grow to over $1 billion in 2018, stoking fears of more layoffs and service reductions.

After striking a deal with state labor unions to reduce pension payments in the short term, Malloy said that further work on pension liabilities remains to be done.