Connecticut Can Work: More Jobs for a Brighter Future 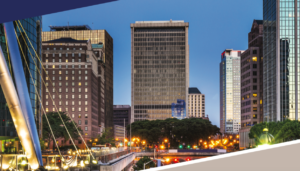 For full charts, graphs and citations, please download the PDF

Connecticut, We Have A Problem.

Instead of creating an open road to opportunity in Connecticut, policymakers have put in place laws and regulations that have made this state an obstacle course for workers and employers. This directly affects the people of Connecticut, because roadblocks to business growth become roadblocks to jobs; and fewer jobs mean more people struggle to support themselves and care for their families.

How many challenges do we expect small and large business owners to navigate as they try to create jobs in our state? Unfortunately, the answer is ‘too many.’ This has slowed job creation to a crawl. As a result, more of our friends, neighbors, and family members have a hard time finding a job in Connecticut, leading them to seek opportunities elsewhere. Young people, minorities, and people without a college education have been hit particularly hard by our state’s slow job growth.

Imagine instead a Connecticut that is thriving, with a vibrant, diverse economy – one that embraces change and innovation. It can happen – but first, state policymakers must begin to dismantle the obstacle course and replace it with a smooth and open road that invites more Connecticut residents to participate and succeed in the economy.

The negative trends affecting Connecticut’s workforce are clear and indisputable, but there are very different opinions about how to improve the situation. Since 2008, policymakers have responded by increasing taxes and regulation, which has led to a decrease in the real wages of those employed by the private sector and almost no job growth.

Since 1990, Connecticut’s job growth has been the slowest in the nation, at only 3.7 percent. When only the post-recession period is taken into account (after 2010), Connecticut performs slightly better, coming in at number 41, with 3.4 percent job growth.

Connecticut is a high-tax, high-regulation state; its lack of economic success is a direct reflection on the failure of this model. And unfortunately, the people who suffer most under this model are those who are already economically disadvantaged.

Personal income growth has been slow for the past 26 years. Since 1990, real wages have grown by an average of only 1.38 percent a year.

Comparing wage growth across industries highlights another troubling trend. Even as private sector wage growth shrank by 3.4 percent from 2012-2016, state government wages grew by 13.5 percent during the same period. All government growth was a relatively modest 3.7 percent.

The drop in private sector wages illustrates both stagnating private sector investment in Connecticut, and the loss of high-paying jobs in the information and technology and finance sectors to other states. The fast-growing state government wages over that same time period highlights the influence of a powerful special interest, the state government unions. Ideally, Connecticut would see real wage growth across all sectors.

Unemployment is not borne by all segments of society equally. Young people and workers of color have higher unemployment rates than middle-aged and white workers. Men, especially young men, are generally more likely to be unemployed than women.

What’s more, at 7.8 percent, Connecticut has the second highest unemployment rate in the nation for workers ages 25-34. Only Alabama’s rate is higher. This troubling statistic adds context to recent news reports highlighting the loss of recent college graduates who leave Connecticut for other states.

In 2010, Connecticut officially began its recovery from the devastating 2008 recession. Since then, job growth policies have emanated primarily from the state’s executive branch.

Gov. Dannel Malloy has spearheaded a “First Five” program, which was initially cast as a program that would encourage five businesses – either in-state or out- of-state – to create 200 jobs in Connecticut. In return, Malloy promised to give these businesses “powerful incentives.” Malloy has called the First Five program a “huge success,” and expanded it beyond its initial scope to include more businesses. Unfortunately, by most measures, this approach has not spurred the kind of economic growth the state badly needs. Instead, it has resulted in state government picking winners and losers among the state’s businesses, suggesting that a select few benefit from special advantages.

While offering businesses incentives, ostensibly to promote job growth, Malloy and state legislators have also approved an expansion of business regulations, including mandated paid sick leave and multiple increases in the state’s minimum wage. As a result, at the same time that they’ve used taxpayer money to promote business growth for some, they’ve made it both more complicated and more costly for many employers to hire people in Connecticut.

Although Gov. Malloy has focused his outreach primarily on large, established firms, young firms actually drive most job growth. New and young firms also provide much of the innovation that occurs in the broader economy. These young firms are less able to access incentive programs, and instead must rely on a pro-growth business environment that is accessible and open — one that does not put up barriers to entry, and is friendly to innovation and creativity.

Unfortunately, Connecticut is neither attracting nor fostering young business growth. On a list of 368 metropolitan areas ranked by the percentage of jobs related to start-ups released by the Census Bureau, the highest-ranking area in Connecticut is Bridgeport- Norwalk-Stamford, which comes in 203rd, with only 1.8 percent of jobs related to start-ups. New Haven is 259th at 1.5 percent, with Hartford at 301st with 1.4 percent, and Norwich-New London comes in 338th with 1.2 percent.

In a recent diagnostic of the Connecticut economy presented to the state’s Economic Competitiveness Commission by McKinsey & Co., a chart shows the precipitous decline in the number of young firms in Connecticut between 2008 and 2014. The report also says that the state ranks 40th in the nation for the number of firms aged 0-5 years.

Certainly, tax reform will be necessary for sustained, accelerated economic growth, but the state’s fiscal condition suggests a more promising policymaking environment for regulatory reform. Common sense regulatory reform would encourage economic growth — a prerequisite for resolving the mounting fiscal crisis that threatens Connecticut’s long-term well-being. And rather than government picking winners and losers — and handing out taxpayer money to do it — regulatory reform allows “bottom up” growth, where job seekers and job creators across the board can flourish.

There is widespread frustration about the state’s regulatory system, which comes through in several surveys of business leaders.

Included with the surveys were quotes from various small business owners. A logo designer from Glastonbury, for example, said: “Connecticut is a very high tax state. ere’s an ‘anti-business’ mentality that is quite prevalent. I have to be strategic with my new clients.”

The study’s author writes that: “(S)killed professionals signal clearly that governments must make regulations straightforward and easy to follow- especially those surrounding licensing, taxes, and employment.”

Large and small Connecticut employers concur with this opinion according to the 2016 Survey of Connecticut Businesses, compiled by the Connecticut Business and Industry Association (CBIA) and BlumShapiro. Of those surveyed, 79 percent said business costs from government regulations and mandates (other than taxes) hampered their firm’s ability to grow in Connecticut. This was the number one challenge cited by those responding to the survey. Taxes were a close second at 74 percent. A full 60 percent of respondents said state regulations were “complex and vague, and making the effort to understand them costs time and money.”

Common sense reforms to curb over-regulation could help alleviate the frustrations of those seeking and creating jobs throughout Connecticut.

Some of the most resourceful workers have responded to economic conditions by becoming small business owners or “solopreneurs” – that is, professionals who start a personal business based on their unique talents. Yet many regulations have an especially harmful impact on them. These regulations are shown to increase inequality, and amount to what is essentially a tax on small business owners.

According to the seminal national study of occupational licensing requirements, License to Work by the Institute for Justice, Connecticut requires licenses for 54 low- wage occupations.These licenses require average fees of $173, and 230 days of education. While Connecticut ranked poorly for the number of occupations requiring licensure, it scored relatively better for the burden of acquiring those licenses.

However, in many cases, the burden is too high. A glazier, for example, has to have over 1,800 days of education and experience – or more than seven and a half years of workdays – in order to get a license. In other cases, Connecticut is one of only a few states that requires a license for a certain occupation. Upholsterers, for example, are only licensed in seven states – including Connecticut.

As a recent White House report on occupational licensing put it: “ There is evidence that licensing requirements raise the price of goods and services, restrict employment opportunities, and make it more difficult for workers to take their skills across state lines.” The report goes on to highlight the difficulty military spouses face with re-licensing when moving from state to state.

Reducing unnecessary and burdensome licensing requirements will free those who want to to participate in the marketplace and earn a living by using their unique talents.

Those who champion higher regulations often cite the need to protect workers, the environment, and the economy from industry. But too many workers in Connecticut are finding themselves regulated right out of a job, as employers look for places where it is easier and more cost effective to hire and train a workforce.

Regulations like those imposed on the hiring of independent contractors reveal a deep-seated unease about the changing nature of the economy. But policymakers should not let these reservations get in the way of the need to adapt and respond to the changing economic environment.

One way to ensure that those creating and enforcing regulations are aware of the effects these regulations could have is by consulting large and small business leaders more thoroughly when regulations are created or reviewed. There is a reason teachers want to be involved when policy changes affect how they manage their classrooms – why should it be any different for those who work in private industry?

In addition, state legislators in Connecticut should resist the temptation to delegate to state bureaucrats the responsibility for both setting and reviewing regulations. Also, regulations should be as simple and clear as possible. Regular review by independent bodies and sunset provisions will increase the likelihood that this happens.

Connecticut still has many of the fundamentals necessary to create a vibrant economy. Why, then, is the state still struggling with job growth? It is because, up until now, state lawmakers have not created the fertile “regulatory soil” that will allow new and young businesses to take root and grow.

It is time to disrupt the status quo by taking an aggressive approach to regulatory reform. By moving to create a more open — and less expensive and burdensome — regulatory structure, state policymakers will show that Connecticut is ready to capitalize on its unique strengths and move forward into the 21st century.

To get us there, the Yankee Institute proposes a package of policy reforms that will open the state’s economy to new businesses; help young businesses grow; and encourage mature businesses to succeed.

About Connecticut Can Work!

Connecticut Can Work! is a new initiative to develop and advance policies that will spur job creation and economic growth. Yankee Institute proposes reforms that will open up opportunity, allow employers to grow and ensure that those who succeed are welcome in our state.