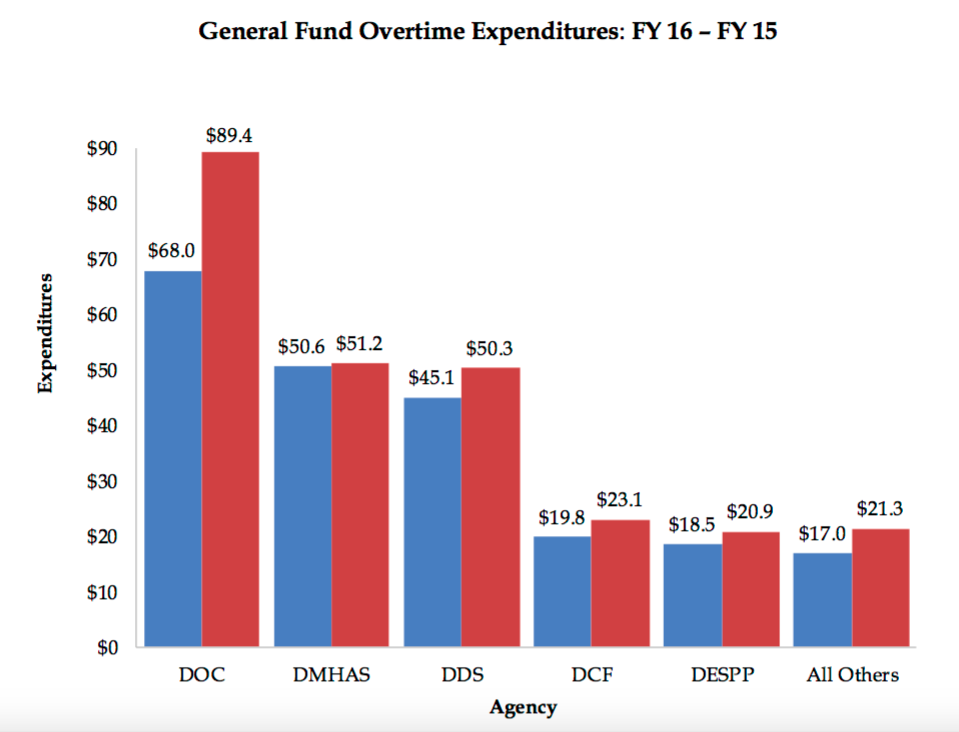 DOC was hardest hit by the recent layoffs prompted by state budget deficits. The agency issued 187 layoff notices to employees in May. DDS reduced staff by 113.

However, there were some notable increases in overtime pay. The Office of Early Childhood Development saw a 307 percent increase in overtime, although this only resulted in an addition $27,000 expenditure over the previous year. Other agencies that saw increases included the Comptroller’s Office, the Office of the Chief Medical Examiner and UCONN Health Center, although these increases were minor in comparison to the amount of overtime paid out in other agencies like DOC.

DOC sees the largest overtime expenditure year after year. In 2013 it spent $73.3 million and increased by $10 million the following year, according to an analysis by the Waterbury Republican-American. The other largest contributors to overtime spending are the Department of Mental Health and Addiction Services, the Department of Developmental Services and the Department of Children and Families.

Since 2015, the Office of Fiscal Analysis is required to issue reports on state agency use of overtime. This marks the first full-year report issued by the agency.

By Marc E. Fitch June 25 , 2021 Pensions One Comment
Connecticut has the worst-funded pension system in the country, according to a new annual report released by the American Legislative
Read More