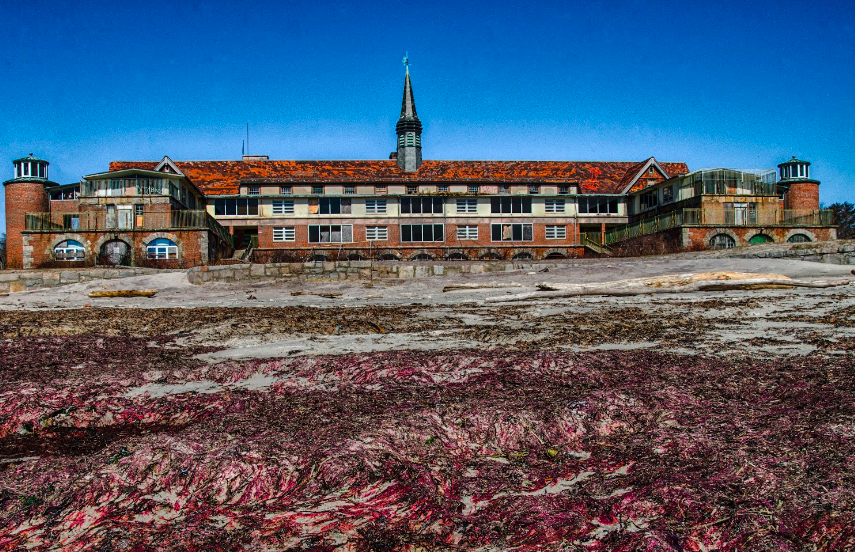 The Department of Energy and Environmental Protection is poised to take on a new role: hotel and spa owner. Governor Malloy cancelled a contract with a private investor and directed DEEP to turn the Seaside Regional Center in Waterford into a hotel, spa and public park. Rather than selling the property to Allied Development Group for $8 million for the exact same purpose, the state is trying to spend $21 million – by their own estimate – to turn the property into a viable tourist destination.

In addition to the cost to the state, the town of Waterford will miss out on a tax revenue windfall. If the property had been developed by a private developer, the town could expect between $2 million and $3 million per year in tax revenue. Under DEEP’s plan, that number falls to less than $200,000 because the state would own the property. 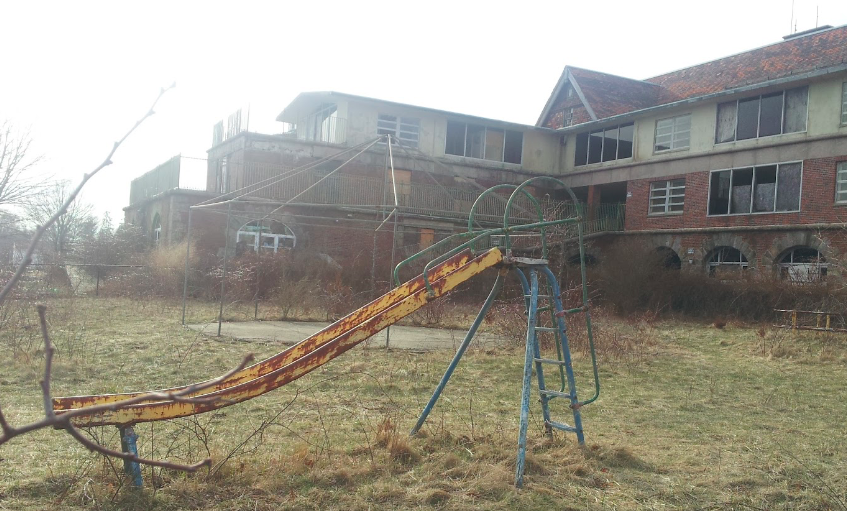 The state’s feasibility report indicates they expect to renovate the old hospital building and nurses’ residence for $10 million. The state would then rely on private investment to turn the renovated building into a hotel.

The state would have to develop the surrounding land to turn it into a state park and spend an additional $14 million for “site improvements.”

The state’s new estimates for converting the property into a tourist destination are in stark contrast to the DEEP’s own “master plan” from 2015, which showed the cost to be between $45 and $60 million.

DEEP would then be responsible for maintaining both the park grounds and the hotel. The park will require seasonal workers at a cost estimated by the DEEP to be $95,000 per year. Although a private company would manage the day-to-day hotel operations, the state will be on the hook for the costs of maintenance of both the hotel and grounds. DEEP expects the hotel will generate enough revenue to cover the costs of maintaining the hotel.

Seaside Regional Center housed developmentally-disabled people until it closed in 1996. 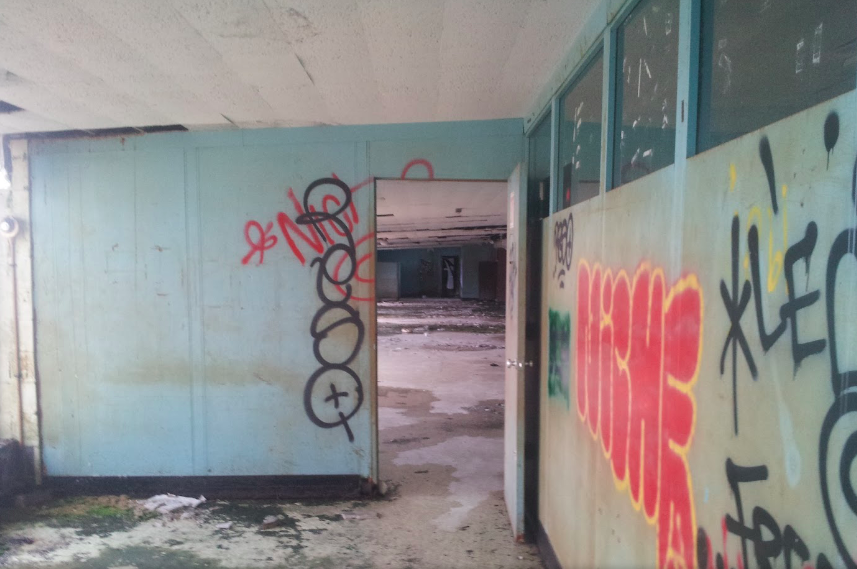 Allied Development Group LLC, a real estate development company based in Farmington, originally had a contract with the state to purchase and develop the land and former hospital into a seaside hotel and park. The sale of the property was part of the 2010 budget voted on by the legislature and approved by Gov. M. Jodi Rell in an effort to raise money.

In 2014, the Waterford Planning & Zoning commission voted down Allied’s plan to build the hotel and park. Mark Steiner, owner of Allied Development, immediately filed an appeal in New London Superior Court. However, before his case could be heard, Malloy cancelled the contract saying that Steiner had failed to acquire the proper land-use approvals. Steiner’s agreement with the state, however, stipulated extensions if the developer encountered zoning issues. Steiner has now filed a $20 million suit against the state for violating the terms of the contract. The suit is currently pending before the Claims Commissioner.

Malloy’s directive and cancellation of the contract may have violated state law. According to Connecticut’s State Real Property law, statute 4(b)-21, any agency that wishes to develop state land must submit a plan to the secretary of the Office of Policy and Management, along with a budget, to be analyzed within 30 days.

The OPM confirmed that no analysis of DEEP’s plan exists and offered a March 2015 letter from OPM secretary Benjamin Barnes to DEEP commissioner Robert Klee as justification for transferring the property to DEEP.

“As you are aware Governor Malloy has directed that DEEP convert the former Regional Seaside Center in Waterford to a state park,” Barnes wrote in the letter. “In order for the planning and implementation process to move forward, I believe it is appropriate for custody and control of this property to be transferred from DAS to DEEP.”

Steiner said he expected to create 300 jobs through the building and operation of the hotel and park. Allied Development had received approval from DEEP to create a park open to the public at no cost to the state as part of their plan.

Connecticut is currently having problems keeping its parks open due to budget cuts. The DEEP is closing three campgrounds and cutting back on lifeguards and park maintenance. The park closures come on the heels of the state laying off workers due to budget deficits. The state spends approximately $18 million per year operating parks and beaches, slightly less than the estimated cost of the new project. 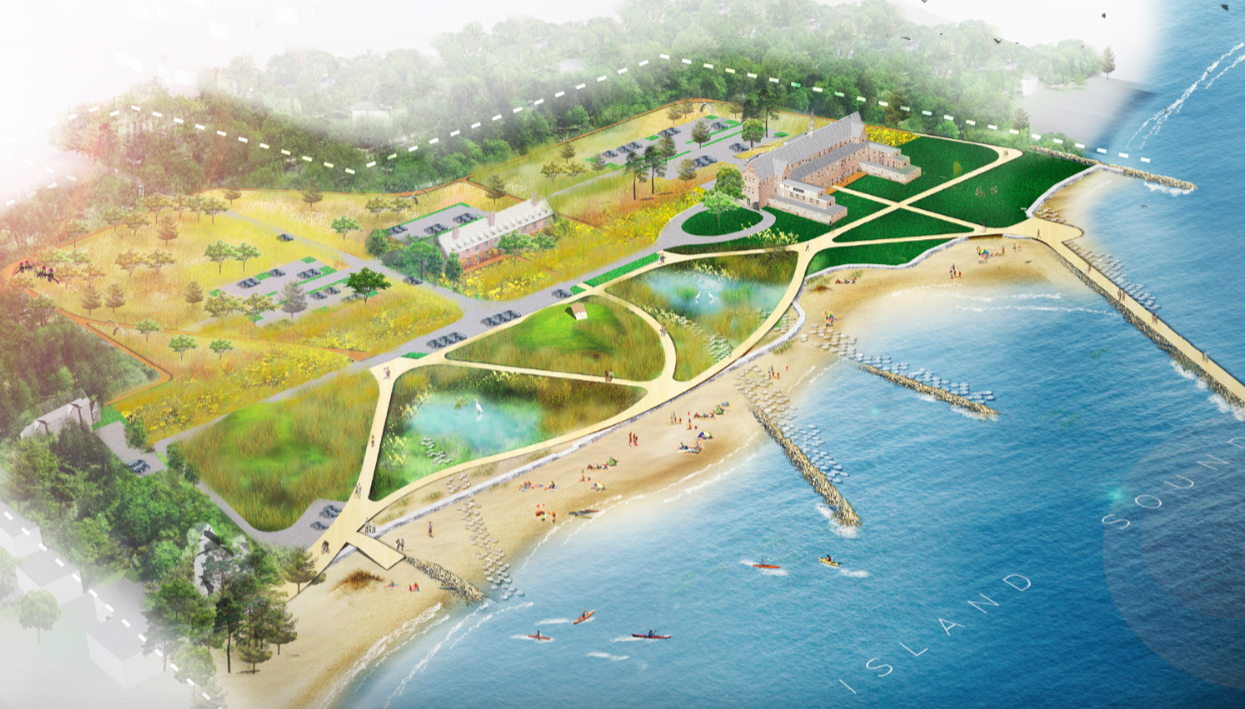