Union Time on the Taxpayer Dime 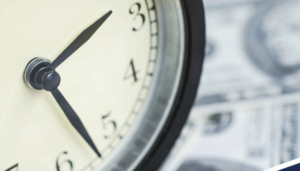 As of early 2016, Connecticut was in collective bargaining negotiations with a majority of its state employee unions over pay and work rules. While these negotiations were ongoing, news broke that the state’s projected budget deficit was still increasing despite efforts to fix it prior to the start of the legislative session. Declining revenue shortfalls are expected to continue in the future. To address these budget challenges, Governor Dannel Malloy, in his State of the State address, said the state workforce may be trimmed by 1,000 employees – or more if you ask his budget director.

Fixing such a large budget deficit will take sacrifices from many areas of government. That means Connecticut’s legislature should start with the low-hanging fruit. Any tax dollars that are not exclusively reserved for purely public purposes should be on the chopping block. Such an approach could save jobs and make sure the public receives necessary services.

One example — which appears in all state employee collective bargaining agreements (CBAs) – is union business leave, also known as union release time. Under this policy, state employees are given leave to conduct union business – including political work – that is completely unrelated to their job responsibilities, during working hours and without loss of pay. Before trimming the state workforce or imposing other onerous cuts, Connecticut lawmakers should remove from state collective bargaining contracts the provisions that allow for union business leave – which subsidizes government unions’ political activities at the expense of the taxpayer.

All Connecticut public employers grant union business leave to unions as part of collective bargaining agreements. Paid union business leave places no obligation on government worker unions to provide anything to the public in return for this subsidy. In general, activity conducted on union business leave includes preparing and filing grievances, negotiating contracts, and attending union meetings and conferences. However, permitted activities and the amount of release time granted to government unions vary from CBA to CBA.

Activities conducted on union business leave by public employees often directly conflict
with taxpayers’ interests, as a recent Goldwater Institute report shows. When union business leave is used to negotiate contracts, government representatives sit on both sides of the table.
The taxpayers (who are funding both sides of the contract negotiations) have no real voice in matters that determine government employee pay and benefits – which greatly impact their tax burden and government services.

The Office of Labor Relations, within the Office of Policy and Management, breaks down authorized union business leave into six distinct categories:

According to the information supplied by the Office of Policy Management in the responsive public records request, below is a summary of what union business leave was used for in 2014 and 2015:

CONCERNS FROM AGENCIES ABOUT ACTIVITY CONDUCTED ON UNION BUSINESS LEAVE

State employees are allowed to engage in the activities outlined above and are required to report them. However, a 2014 general notice from the state Office of Labor Relations acknowledges concerns from agency personnel on 1) the increased requests for union business leave and 2) that union representatives may be conducting political activity on union business leave, which is prohibited.

The notice goes on to direct agencies on how to properly record the union subsidy and explain that state employees on union business leave are prohibited from “membership and holding of office in a political party, organization or club, campaigning for a candidate in a partisan election by making speeches, writing on behalf of the candidate or soliciting votes in support of or in opposition to a candidate and making contributions of time and money to political parties, committees or other agencies engaged in political action.”

The Office of Labor Relations urges agency personnel to accurately record union business leave and to report activity that is not authorized in collective bargaining agreements.

HOW TO END UNION BUSINESS LEAVE

This Act prohibits “release time” – the practice of paying a public employee a public salary for time spent in union recruiting and representation activities. In some cases, public employees have become full-time union activists, drawing a full- time public salary and enjoying publicly paid benefits such as health insurance and pension earnings while doing so. While public employees should not be prohibited from freely associating outside of their employment duties, including hiring individuals to help represent their interests, this should occur at public employee, not taxpayer, expense.

Section 1. {START_STATUTE Definitions} The following definitions apply in this Act:

(A) “Employment bargain” means any formal
or informal employment contract, agreement or understanding regarding the wages, benefits, or terms and conditions of employment of any public employee.

(C) “Public employer” means any branch, department, division, office, agency, or political subdivision of this state that has employees.

(D) “Union” means any association or organization, incorporated or unincorporated, that primarily exists to represent the interests of member employees in wages, benefits, and terms and conditions of employment.

(E) “Union activities” means activities that are performed by a union, union members or representatives that relate to advocating the interests of member employees in wages, benefits, terms and conditions of employment or the enforcement, fulfillment, or advancement of the union’s organizational purposes, obligations, external relations, or internal policies and procedures.

(C) This section does not apply to any existing non-executory contracts in effect before the effective date of this section but an existing contract shall not be renewed if the contract has any terms that conflict with this section.

When the demand for government services exceeds the resources available, government should first cut funding for activities that do not serve public need. Under union business leave, the government pays unions to perform activities exclusively of interest to them. This is clearly unjust to the taxpaying public, who expect the government to work for them, not the unions. Now is the time for public officials to safeguard all tax dollars and ensure that they are spent on proper public purposes.

Trey Kovacs is a labor policy analyst at the Competitive Enterprise Institute. Kovacs focuses on economic impacts of labor and employment policy. His research includes private-sector employment law, public-sector unions and federal labor agency overreach. His writings have been featured in many publications including, Investor’s Business Daily, The Hill, US News and World Reports, New York Post & Washington Times to name a few.