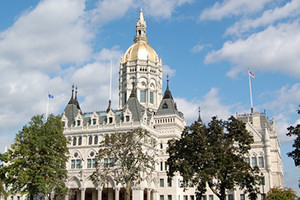 The Voter Guide ranks legislators based on their votes for free markets and individual liberty in the General Assembly based on ten key votes in the 2011-2012 legislative sessions. Among the keys votes studied were votes on the Malloy administration’s 77 separate tax and fee increases, mandatory paid sick leave, the First Five initiative, the forced unionization of private workers, and project labor agreements that drive up the cost of construction. The full Voter Guide, and details on the votes scored, is available online at the Yankee Institute website, https://yankeeinstitute.org/YankeeVoterGuide12.pdf

Though no legislator scored a perfect “10”, seven representatives and one senator earned scores of “9” for their votes. “These are the leaders who fight for free enterprise and limited government every day they are in Hartford,” said Fergus Cullen, Executive Director of Yankee Institute. The Yankee Institute Legislative Heroes are:

On the other end of the spectrum are Yankee’s Legislative Zeroes. A total of 74 state representatives and 16 state senators earned zeros from Yankee, having cast not even one vote for limited government.

“Nearly half of all state legislators have a perfect record – a perfectly awful record – of voting for bigger government and higher taxes literally every time they have the opportunity,” Cullen said.

Republicans with the lowest scores on the Yankee Institute scorecard are: