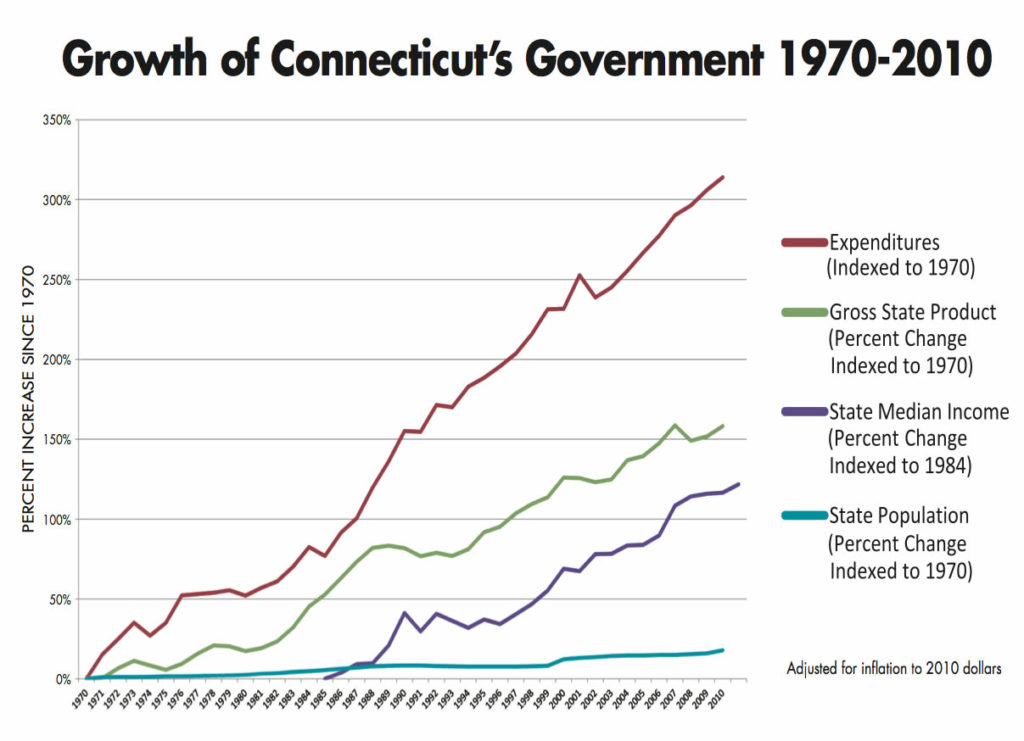 The 2012 version of the flyer includes an itemized list of Connecticut’s 378 sources of revenue ranging from the personal income tax to the alternate vessel registration license fee – whatever that is. It also includes the percent change for each revenue source compared to Fiscal Year 2010.