Your Guide to the State Legislature 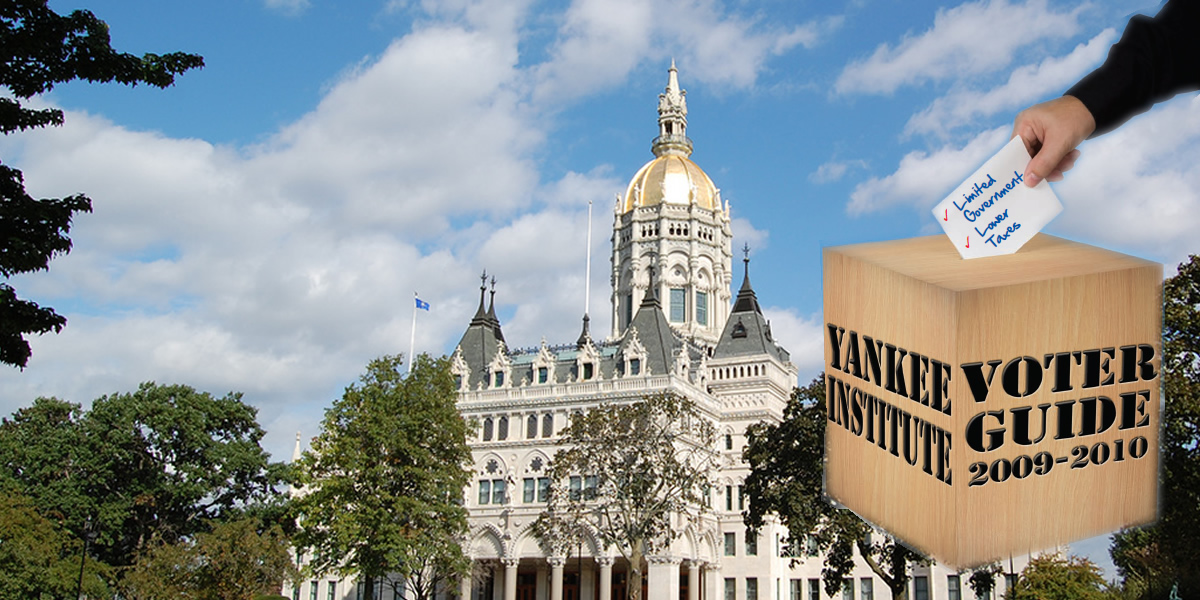 HARTFORD – Over the last two years, members of the Connecticut House of Representatives and the Connecticut State Senate have voted on hundreds of bills that have an effect on the daily lives of Connecticut’s citizens.  As a result, it can be very challenging to discern whether individual elected officials are acting in the best interest of the state on critical issues.

The Yankee Institute for Public Policy is a think tank that focuses its research on crafting taxpayer-friendly public policy alternatives for Connecticut.  Yankee has four core issue areas: tax & budget issues, education, government accountability & transparency, health care, and electoral reform.  Given Yankee’s expertise on these issues, we’ve compiled a 2010 Voter Guide that serves as a resource for citizens to make informed decisions about their elected officials as they head to the polls on November 2, 2010.

Help us spread the word about the 2010 Voter Guide by signing up for our e-mail newsletters, becoming a fan on Facebook, and by following us on Twitter.  Continue the conversation by visiting TweetCT! to see what Connecticut’s elected officials are saying about the Voter Guide, too!  Use the hashtag #YIPP to track the dialogue.