Hard to Soak the Rich When They’re Sopping Wet 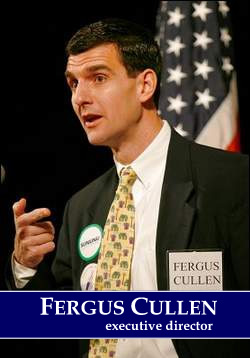 This article ran in the Waterbury Republican-American on May 31, 2009

As Gov. M. Jodi Rell and state legislators struggle to close the state budget deficit and balance the next one, a familiar chorus has risen on the left: Tax the rich! Advocates for bigger government argue that the wealthy aren’t paying their “fair share.”

New Haven-based Connecticut Voices for Children, an advocacy group that lobbies for more government spending for a variety of social programs, believes “those who can best afford it” should pay higher taxes for more state government. Specifically, Voices complains that Connecticut’s income tax is “not progressive enough” and seeks to raise the top income tax rate on the rich from 5 percent to as high as 8 percent.

Wall Street money managers encamped on Greenwich estates may make convenient bogeymen for those who begrudge the financial success of others, but a new study by the Yankee Institute for Public Policy (yankeeinstitute.org) shows that Connecticut’s rich pay many times more than their fair share of taxes.

The state income tax is the single largest source of revenue for the State of Connecticut, raising $6.2 billion in 2007. It is a progressive tax, with rates ranging from 3 to 5 percent as income rises. The top rate increased a half a point in 2003.

Contrary to Voices’ contention that the rich are not paying their fair share, in reality the state is heavily dependent on this very small number of prime taxpayers. It’s hard to soak the rich when they are already sopping wet.
The poor may always be with us, but will the rich? Wealthy people can – and do – move from higher-tax states to lower-tax places. An American Legislative Exchange Council study published in March found that 1,100 people a day move from the nine highest income tax states to the nine states without an income tax.

If five percent of all Connecticut millionaires – or just three of them a day for a year – move out of the state or make a state like Florida their primary residence in response to higher taxes, Connecticut’s budget deficit would grow by over $100 million due to lost income tax revenue alone.

Others simply choose not to move to high-tax states in the first place. The Manhattan Institute’s E.J. McMahon found that Connecticut ranked 50th in the nation in terms of the rate of increase in the number of wealthy filers (those with Adjusted Gross Incomes of $200,000 or higher) between the years 2002-2005 – despite these being years of historic gains on nearby Wall Street.

Connecticut is losing the competition for the nation’s biggest taxpayers. These same affluent people who move away or never migrate also tend to be employers, compounding the effect of their decisions to pay less in taxes elsewhere.
States should covet, not castigate, the rich. Tax policy should be designed to retain and attract them, not drive them away.

Fergus Cullen is Executive Director of the Yankee Institute, a Hartford think tank that advocates free market solutions to public policy issues. He can be reached at [email protected]

By Andrew Fowler October 5, 2022 In the News
If the Constitution State doesn’t embrace free-market, liberty-minded policies, it can expect more of the same economic stagnation.
Read More

By Andrew Fowler January 27, 2023 In the News
Progressive legislators may want businesses and families to stay in the state, but their ideas are recipes for repulsion.
Read More